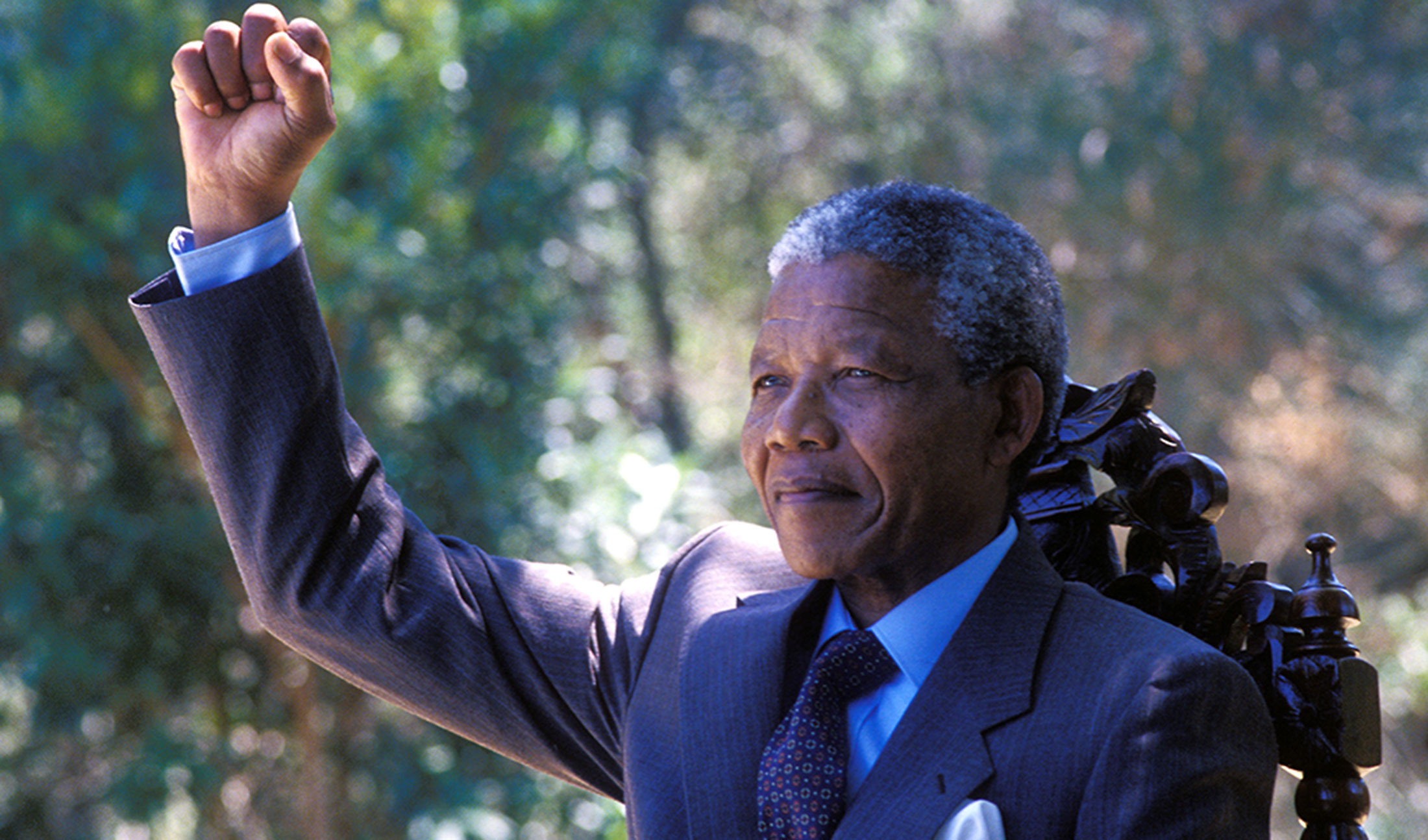 Following the death of Nelson Rolihlahla Mandela – leader in the struggle for liberation, anti-apartheid activist, martyr, President and father of a nation – people have travelled from all over the globe to South Africa, to pay their respects to the great Madiba.

As both a prisoner of 27 years and Nobel Peace Prize winner, Mandela dedicated his life to achieving freedom for those who were denied it during the apartheid. He has drawn attention from around the globe, in birth and in death.

These sites are not only tributes to Mandela’s life, but to his achievements

Places of significance in Mandela’s journey are now considered tourist attractions. Some sites such as Liliesleaf Farm, where 19 members of the African National Congress were arrested in 1963, and the Saxon Hotel, where Mandela wrote a large portion of his autobiography, are renowned for their impact on his life. Others, like The Voting Line, the Nelson Mandela Bridge and Nelson Mandela Square commemorate the nation’s favourite leader.

For those wishing to gain a broad understanding of Mandela’s life, while exploring South Africa, there are four key places to visit. Mandela’s tiny house in the Alexandra Township marks the beginning of his journey in Johannesburg, but also serves as a reminder of how much South Africa has changed since his arrival in 1940. The Mandela family home in Soweto, another suburb of Johannesburg, is now open to the public as a museum. It is symbolic of Mandela’s private life before and after his time in jail.

Robben Island Museum is an essential destination. Guided tours paint the picture of the then political prison, against the contrasting landscape of blue skies and clear waters. Finally, the Nelson Mandela Museum in the Eastern Cape marks the end of the journey. It is home to Mandela’s birthplace and burial site.

These sites are not only tributes to Mandela’s life, but to his achievements. Visiting the shores of Cape Town and the communities of Johannesburg’s townships, travellers can truly appreciate the peaceful, unified South Africa of today – its rich culture, beautiful landscapes, diverse population and indestructible spirit.

Alexandra Township
Alexandra, better known as ‘Alex’ by the locals, is one of Johannesburg’s poorest townships. It also happens to be where Nelson Mandela first lived after moving from his family home in the Eastern Cape in 1940.

Renting a room from the Xhoma family on Stanley Road, this small house in Alexandra is symbolic of Mandela’s humble beginnings. To see where Madiba began his journey in the Johannesburg region, visit the Mandela Yard Precinct. A narrow alley between crammed houses leads to Mandela’s previous abode, where he lived as a young lawyer. His old house in marked by a small, unassuming plaque.

Alexandra is not only a significant site in Mandela’s personal journey, but in the larger liberation struggle. Once known as the ‘Dark City’ due to the lack of electricity, Alex has been brightened by its rich history, vibrant culture and shining stars such as Mandela and jazz musician, Hugh Masekela.

It is best to visit Alexandra on a walking or cycling tour, as Alex is truly a ‘locals’ town. A typical tour includes a visit to the Pan African shopping centre, the Roman Catholic Church Precinct (home to St Hubert Catholic Church), the King’s Precinct, the Tsutsumani Village, and River Park, which aims to improve the Alexandra Township community through a wider renewal project.

Located between the N3 highway and the affluent suburbs of Sandton, Alexandra is not only home to poignant sites of liberation struggle history, but also unique arts and craft street vendors, outdoor markets, old taverns, and traditional healers in a lively union of old and new.

Guided tours are led from the Sandton and Rosebank Hotels. The Introduction to Alex tour runs from 9:00am and 2:00pm and typically lasts three hours. Lunchtime tours leave at midday and include a traditional meal in an Alex tavern, while evening tours start at 6:30pm.

Mandela House
The Mandela Family Museum, more commonly known as Mandela House, is situated at 8115 Vilakazi Street in Soweto’s Orlando West. The address itself is iconic, being the only street in the world to house two Nobel laureates – Nelson Mandela and Archbishop Emeritus Desmond Tutu.

Visitors can also see bullet holes and scorch marks on the walls, left by numerous attacks on the family while Mandela was in prison

Writing in his autobiography, Long Walk to Freedom, about his release from prison after a 27-year incarceration, Mandela said: “That night I returned with Winnie to No. 8115 in Orlando West. It was only then that I knew in my heart I had left prison. For me No. 8115 was the centre point of my world, the place marked with an X in my mental geography.”

A tour through the house offers great insight into Mandela’s private life; the audio-visual, photographic and live guides give visitors a narrative experience. The modest home consists of four interconnected rooms, laden with memorabilia, photos, paintings, Mandela’s old books, and honorary doctorates from international universities and institutions. Visitors can also see bullet holes and scorch marks on the walls, left by numerous attacks on the family while Mandela was in prison.

In 1997, the house became the Mandela Family Museum, which is now managed by the Soweto Heritage Trust, founded the same year by then-president Mandela. Mandela House is open Monday to Sunday from 9:00am to 4:45pm, excluding Good Friday and Christmas. Due to its size, capacity is limited to a maximum of 20 visitors at any one time. Booking is encouraged due to the museum’s overwhelming popularity. Tours last approximately 40 minutes and guides are available at no extra charge. It costs R60 for adults and R20 for children.

There are also other attractions in the surrounding area. The Hector Pieterson Museum is a short 10-minute walk away, while the Apartheid Museum and the Regina Mundi Church are no further than a 20-minute drive.

Robben Island Museum
Robben Island has long been a popular destination for visitors to South Africa. The cell in which Mandela spent 18 years of a 27-year incarceration is significant to both the nation and its visitors, with world leaders such as Bill Clinton and Barack Obama travelling to the former political prison.

Marked as a UNESCO World Heritage Site in 1999 for its ‘triumph of the human spirit’, Robben Island was where South Africa’s anti-apartheid activists were banished. It was not only a prison, but a ‘university of the Struggle’, where the next generation of political leaders debated and discussed the future of their nation. It was here that Mandela emerged as the leader of the ANC.

On a three and a half hour tour, including a 30-minute ferry ride to and from the island, visitors have the opportunity to immerse themselves in Robben Island’s rich past. The tour includes a guided excursion around the prior maximum security jail by a former political prisoner, as well as 45-minute commentary on the island’s history, which was previously used as a leper colony, mental hospital, defence training base and an animal quarantine station.

Tours leave from Nelson Mandela Gateway at Cape Town’s V&A Waterfront. The V&A Waterfront is a spectacle in its own right. Against the background of Table Mountain, the harbour is the most-visited destination in South Africa. The waterfront is lined with shops, markets, restaurants and activities for the whole family. With a bustling, modern vibrancy and a deep, moving history, a trip to Cape Town offers visitors a varied and exciting experience.

Mandela Museum
Mandela Museum, located in Mandela’s home province of the Eastern Cape, celebrates various phases of the leader’s life, from a youth spent in Qunu, to his presidency. The museum, which was built is his honour, is divided into three structures: The Bhunga building, the Nelson Mandela Youth and Heritage Centre, and the open-air museum at Mvezo.

The Bhunga building is located in Mthatha and usually houses the main museum exhibition. Words from Mandela’s autobiography punctuate visitors’ journeys as they travel through the display. The museum also showcases the gifts Mandela received as a statesman.

However, due to a two-year refurbishment, the exhibition has been moved to the Nelson Mandela Youth and Heritage Centre in Qunu. Here, visitors can partake in heritage tours, and cultural experiences, such as traditional dance and food, can also be arranged. As part of the tour, visitors will be escorted around the remains of Mandela’s primary school, where he received his Christian name, Nelson.

Mandela Museum, located in Mandela’s home province of the Eastern Cape, celebrates various phases of the leader’s life, from a youth spent in Qunu, to his presidency

It is here in Qunu that Mandela’s body rests. While the public is not yet allowed to visit the burial site, people have been travelling to Qunu to pay their respects. In the final fortnight of 2013, typically a quiet time of year, the museum was receiving 500-1000 visitors a day and has had no problem in accommodating the travellers.

“What [visitors] are most interested in is the story of Nelson Mandela as well as his last resting, that is the grave site. As much as they are not yet allowed to come to the grave site, but they are happy even with the opportunity to view the grave site at a distance,” Mandela Museum communications manager, Nokuzola Tetani told the Zimbabwe Mail.

The open-air museum at Mvezo is Mandela’s birthplace. Although not operated by the museum, it is considered the third site. Here, Mandela’s inkaba (umbilical cord) is buried, as customary in Xhosa tradition. The sites comprising the Nelson Mandela Museum mark the great leader’s birth, death and accomplishments in between.