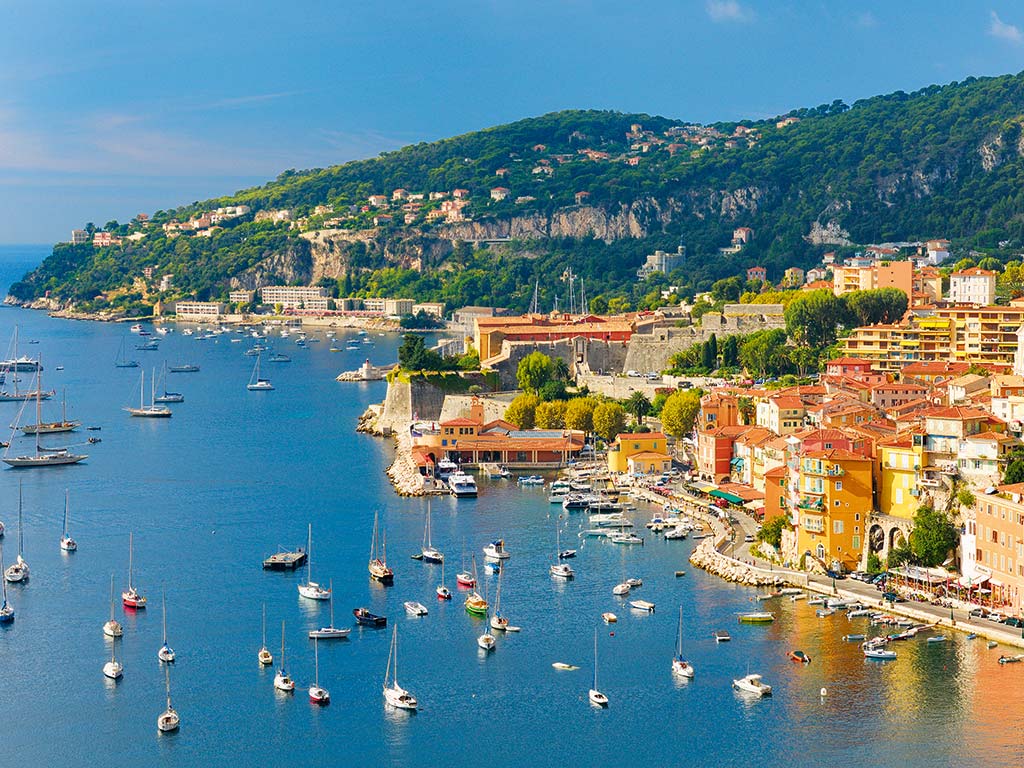 Villefranche-sur-Mer on the French Riviera coast

The French Riviera is a modern metropolis of warm waters, wild nightlife and white sands. But the bright lights mask a host of hidden treasures. Visitors are willingly distracted by the tanned legs and champagne parties of elegant socialites, but beneath its glossy surface, the Riviera houses many sites of cultural and historical value.

Jasmine Beer discovers some of its best kept secrets.

Architectural treasures from the Belle Époque
The architecture of the hotels in the French Riviera tells a story of ideology and creativity. The Belle Époque was a period in French history from 1871 to 1914, cut short by the First World War. It has connotations of freedom, flourishing arts and personal indulgence.

Signature characteristics of the era are present in the palatial hotels that line seafronts, such as the Croisette in Cannes and the Promenade des Anglais in Nice.

A perfect portrayal of the flamboyant fashion is the Salle Belle Époque of the Hotel Hermitage in Monte Carlo, with its skeleton of pink marble columns, cascades of crimson curtains and downpouring of crystal chandeliers.

The magical medieval village of Biot
Ostentation is not omnipresent in the arts of the Riviera. Perched in the mountains between Antibes and Nice stands Biot, a picturesque medieval village dating back 2,500 years.

It has plenty of charm and history, but is most famous for its creative glasswork. La Verrerie de Biot, a local glass factory, was established by Eloi Monod, starting the town’s tradition of blown glass in the 1950s. It is open daily and visitors can watch skilled glassblowers mould unique objects.

Here in Biot the buildings do not share the extravagance of the polished Belle Époque hotels of the coast. In the Place de l’Eglise – a small square hidden through an arched passage off Place des Arcades – is the town’s main church, Èglise Sainte Marie-Madeleine.

Built in the late fifteenth century over the ruins of a twelfth-century church, the site originally held a Roman temple. The church is humble from the outside with its simple spire, but the interior is mysterious and beautiful, with expressive statues and stained glass.

The Colombe d’Or: Where art and celebrity meet
Art has hugely influenced the French Riviera and left its subtle, paint-tipped fingerprint everywhere. In the village of St Paul de Vence, the artwork of many visiting painters helped to establish a restaurant and boutique hotel – the Colombe d’Or.

As well as excellent food and ambience, it has a romantic origin story. Today it is renowned for its celebrity clientelle – regular visitors include Elton John, Michael Caine, Roger Moore and Hugh Grant – but it began life in 1920 as the modest Chez Robinson, where locals would go to dance at weekends.

In the early days, its buzz and charisma soon attracted many visitors. It was expanded, reopened as a small inn, and newly baptised as The Golden Dove. As more artists visited, paintings soon covered the walls, often having been traded for a stay or a meal.

The south of France was declared the ‘free zone’ in 1940, and streams of creative characters inundated the Riviera. As they became regular visitors, the inn’s expansion continued. Now the Colombe d’Or is much more than a restaurant and hotel, it is an invaluable museum of memoranda and masterpieces.

Perfume and paragliding
Not only does the French Riviera appeal to the eyes and mouth, it is also a delight to the nose. Fragrant with the scent of rose, lavender and jasmine, and known as Ville d’Art et d’Histoire, the village of Grasse is nestled 1,148ft up, high on the hill of Roquevillon.

Its fertile earth and warm climate leads to an abundance of sweet, aromatic flowers, the scents of which are captured and bottled as delicate perfumes, making Grasse the perfume capital of eastern Provence.

One of three perfumeries open to the public, the Fragonard Perfumery was established in 1926. Its museum displays antique and rare objects that tell the story of perfume-making in a timeline of vials and vessels.

However, not all the sights of the Riviera are so quaint. The bravest visitors can look down across the ridges, smell the fresh mountain air and feel the wind flickering across their lips as they hang-glide or paraglide from the village of Saint André les Alpes.

Air sports are very popular thanks to consistent weather and thermal streams, but less vertigo-inducing activities such as horseriding, swimming and fishing are also available. Nearby is the Castillon Lake, a cerulean stretch of calm water, 8km long and with a surface of 500 hectares, perfect for canoeing, kayaking and sailing.

Whether it’s admiring architecture and art, tasting the local cuisine,  relishing the fragrant parfum or leaping off a mountain, the French Riviera will challenge and excite all your senses and introduce you to a world of art, culture and history beyond the fame, Fendi
and factor 40.