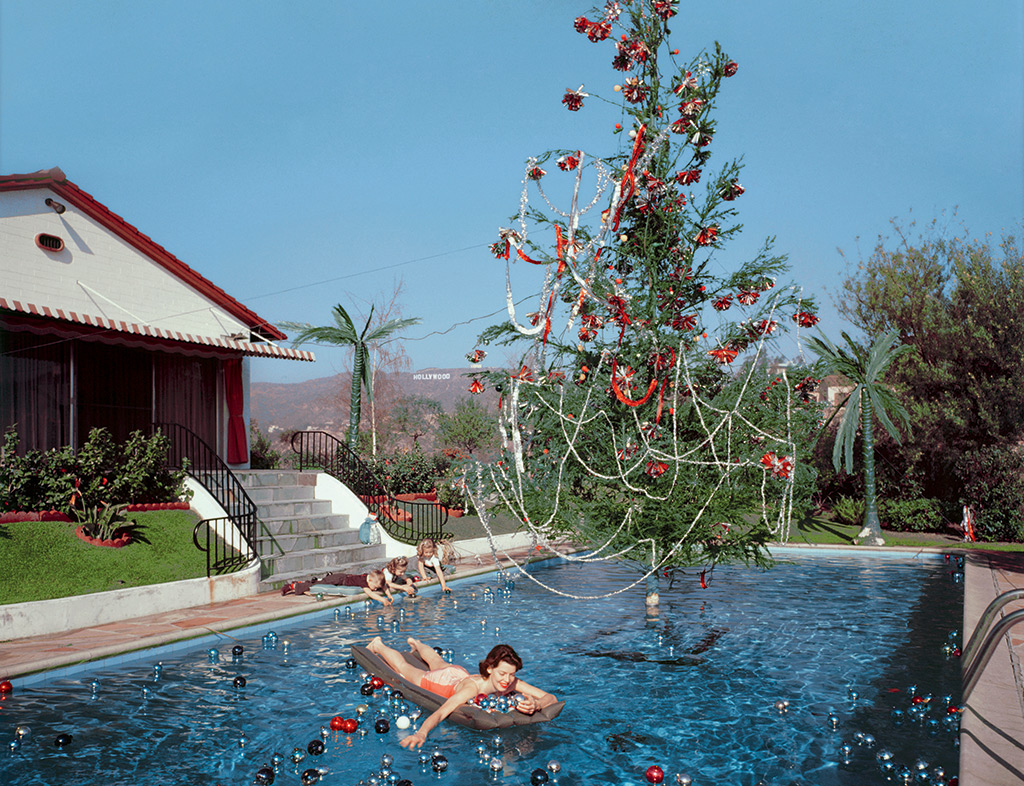 Los Angeles is a city of icons. Every aspect of the city, from its history to its inhabitants, is a part of our collective unconscious. The city is perpetually in the background of our screens. After almost a century as the studio capital of the world, many film fans feel like they know LA intimately. Forever bathed in sunshine, it is a city of the imagination; the backdrop to bloody battles and torrid love affairs. The Hollywood sign, the walk of fame, Grauman’s Chinese Theatre – these places have permeated the fantasy world of cinema for so long that it can be easy to forget that LA, as well as a set, is a living, breathing city, with a real population made up of more than actors and performers.

LA is much more than the epicentre of show business. The second most populous city in the US (behind New York City) it has been at the forefront of cultural, political and social revolutions, which have marked the erratic development of its urban sprawl. But the sheer dominance of the film industry brought the international spotlight to the sunny Hollywood Hills. Every building, diner, and gutter of the so-called ‘City of Angels’, has grasped at the strings of public imagination. Every spectator has walked the streets of LA through its seedy back alleys and sweeping green boulevards, every restaurant and star hangout. Few cities have such a powerful aura as LA; because of its omnipresence in the background of some of the most well loved and widely watched films, the fans are fooled into feeling an undue intimacy with these famous streets and city life.

Perhaps because of the nature of the business that made the city’s streets famous, LA’s own history reads more like a Hollywood thriller. Scandal, crime and glamour seep from every street corner. Hollywood Boulevard is only the start, and it is hard to decipher the real anecdotes from the countless movie scripts that have been inspired by them. Tour buses full of camera-toting visitors revisit celebrity residences, famous film settings and old crime scenes alike. “Fatty Arbuckle lived in this building”, guides will tell eager visitors, before explaining that the popular star of the 1930s ended his career in disgrace after murdering a young starlet. The fabric of the city is woven in stories like this.

Barefoot on Beverly Hills
LA has also become well known for the great diversity of its population. There are not only a great variety of cultures represented in the city’s streets, but also a number of cultural movements. It is estimated that one in six people living in LA work in the arts. The vast majority are involved in the movie industry, but many others work in the fringe music scene, as well as the dance industry, which has developed over the years. It makes the people-to-landscape ratio of the city all the more colourful and varied. The area is also peppered with famous nightclubs, where legends have fallen and bands have performed their hits through the decades. With such a strong creative spirit, the city has become a symbol for artistic freedom, and the freedom to create.

Not everyone is there for a taste of the glamour, though. LA is also famous for its unfaltering weather. The city is emblematic of the easygoing, healthy California way of living. One positive side effect of eternal sunshine is the desire to be outside on the beach, or roaming on the hills. Originally, movie moguls chose the city as the ideal location for their studios because of the average yearly 329 days of sunshine, which mitigates any risks of shutting down production through bad weather.

But despite the glorious climate, LA has also become known for its seedier side. Attracted to the wealth generated by the movie business, a well-known gangster circuit developed in the city during the era of Prohibition, feeding off the penchant for decadent behaviour of extravagant screen sirens. But as LA changed, so did its gangsters, and by the mid-90s, LA was a well-known hub for gang disputes, fuelled by cheap narcotics making their way up the Baja California coast.

Born in east LA
The Hollywood sign is the perfect metonym for the evolution of the city itself. Originally built to advertise the ‘Hollywoodland’ housing development on the hills, the sign was only designed to stay up for 18 months: 89 years later, the sign still stands, albeit shorter, cleaner, and as the background to some of the most memorable moments in showbiz history, visited by millions of tourists every year looking to see a piece of modern history. But between the sign’s first appearance in 1923 and the 1970s restoration that transformed it into the symbol it is today, the sign not only became a symbol decadence, but was the scene of a plethora of murders, suicides and car accidents.

Almost every building lining the streets  of downtown LA is packed full of stories and secrets that constitute the backbone of the millionaire film industry that made the city famous to begin with. The city seems to attract the aspirational; many want a part of the glamour and fame that has become Hollywood’s trademark. The Hollywood Sign is like a tantalising flame, drawing the pretty young moths in, only for them to get burned.

But Los Angeles is also a metropolis with over three million inhabitants. Before it was the home of Hollywood, it was the home of ordinary people, and still is. It is one of the most culturally diverse cities in the US, and has a thriving international community. Little Tokyo, for instance, is one of the oldest boroughs in the city, and one of only three ‘Japantowns’ in the US. Like other neighbourhoods in LA, everything in Little Tokyo has a movie-set quality to it; reconstructions of Japanese Buddhist temples are peppered around the neighbourhood and paper lanterns hang from the street lamps. Like much in LA, it is hard to discern what is real and what has been left behind from a film shoot.

Everybody is a star
LA is a city of power. A lot of money flows in and out of the city because of the formidable industry that has been built over the years. The Hollywood machine has survived two world wars and the Great Depression, and has accumulated the momentum required to generate several billion dollars worth of profits each year.

Studio bosses not only have creative control over the industry, but also preside over money matters. Top-billing stars usually amass pay cheques worth many millions, per film, and can contribute to the success or failure of an investment. Each individual production employs several hundred people – often more than 1,000, for the biggest projects – once all indirect contracts and film extras have been accounted for. If a film is a failure for a studio, it means more than just a loss of money, but it can jeopardise a host of future projects and even end careers. It is no surprise that film bosses are some of the wealthiest and best-connected people in the world.

Home to countless souls that risk everything to make it in Hollywood, there is no other city like LA. It is the most famous film location, where some of the most memorable scenes became reality. But above all it is a beacon of hope, to which people look for respite from the mundanity of real life. You can be whatever you want to be in Hollywood.