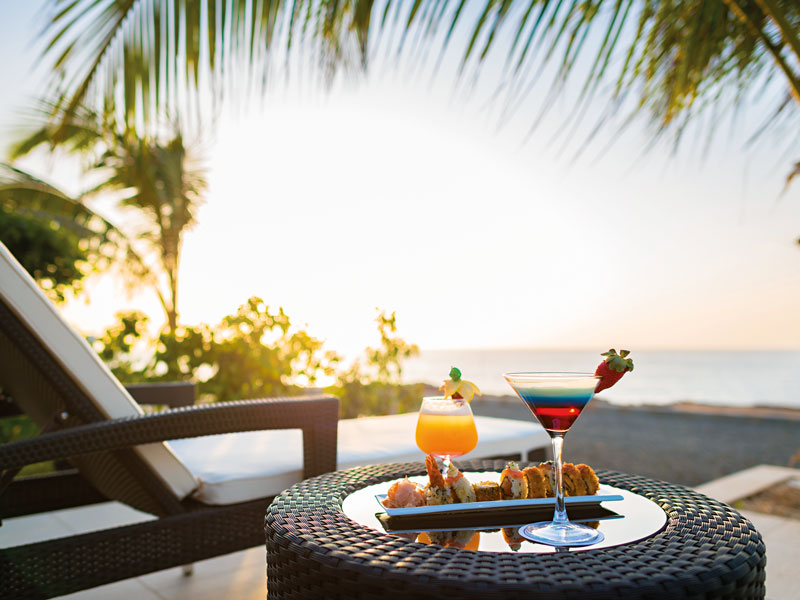 To really make the most of a trip to Senegal, the choice of hotel is essential. The Radisson Blu Hotel Dakar, Sea Plaza, is a seasoned host, one that has perfected the art of hospitality

Nicknamed the ‘land of teranga’, meaning ‘land of hospitality’ in Wolof, Senegal’s national language, Senegal and its people are recognised for their friendliness and generous nature. It is often said that Senegal is such a thriving and politically stable country today thanks to its first president, Léopold Sédar Senghor.

The politician and poet was the first African member of the French Academy, a council concerning the protection and development of the French language. Senghor also created the World Festival of Black Arts, a month-long celebration of African culture.

Today, peace prevails in the country as a result of its democratic stability. Senegal benefits from international diplomatic leadership; it is currently, for the third time in its history, a non-permanent member of the United Nations Security Council. Along with its welcoming people, historical significance and political stability, Senegal’s sunny climate and beautiful landscapes make it an excellent destination for business travellers.

Senegalese sites
When visiting the country, tourists should be sure to make their way to the Niokolo-Koba National Park in South-East Senegal. A number of rivers, including the Gambia and the park’s namesake, the Niokolo Koba, cut through the park. Furthermore, the area is home to many varied ecosystems, a factor that earned it World Heritage Site classification for its diversity of plants and rich fauna.

Another area of great natural beauty in the country is the Bandia Reserve, which can be found an hour’s drive from Dakar. The reserve is responsible for reintroducing a number of endangered species to the region. Caring for rhinoceroses, zebras, giraffes, antelopes and ostriches, Bandia is a treat for nature lovers.

From the bush to the beach, the Senegalese coastline is one of the most beautiful in West Africa. The country’s best beaches are located near Dakar: N’Gor Island, for example, offers peaceful white-sand beaches in its bay. More adventurous beachgoers can travel to the Atlantic-facing side of the island, where the rocky coast is pounded by the waves; it’s a well-known surfers’ haven.

Those looking to learn more about Senegal’s past will find Goree Island to be of particular interest. The island was once a centre of the slave trade industry. Now, historic forts and the elegant homes of slave traders sit side by side with the slave quarters, acting as a reminder of the island’s troubled past. The House of Slaves museum acts as a memorial to the many slaves that passed through the island, educating its visitors at the same time.

In Dakar, visitors can climb 198 steps to the 49-metre-high African Renaissance Monument. The giant copper monument was described by former President of Senegal Abdoulaye Wade as “symbolising the opening of the continent to the rest of the world. It is a force of propulsion and attraction in the greatness, the stability and the durability of Africa”.

The art of hospitality
The wealth of cultural and ecological sites in Senegal is sure to make any trip to the country an enjoyable one. To really make the most of your trip, however, the choice of hotel is essential. The Radisson Blu Hotel Dakar, Sea Plaza, is a seasoned host, one that has perfected the art of hospitality.

The cost of building the Radisson Blue Dakar

The total number of rooms in the hotel

The number of sea-view rooms

The size of the hotel’s garden

Dug into a cliff face, construction of the Radisson Blu Dakar began in 2004. The ambitious XOF 24bn ($42.9m) project was built with the intention of becoming an exceptional five-star hotel in Dakar.

The hotel offers 241 rooms; of these, there are 31 sea-view and business class rooms that overlook the Atlantic Ocean. There are a further 71 city-view rooms, as well as 18 that overlook the hotel’s seven fully equipped apartments. The property also features 13 junior suites, six executive suites and a luxury royal suite. The grand 700sq m garden, with its patio inspired by Dubai Square, offers guests space to walk and relax, while the terrace is a tranquil place to sit.

At the Buddhattitude Spa, guests can enjoy the ocean-facing Olympic-sized infinity pool and wellness centre, which is equipped with a steam room, sauna and gym. To unwind, guests can book a massage or beauty treatments.

There are four onsite restaurants to choose from at the hotel: L’Avenue pays close attention to Senegal’s culinary roots, which lie in Africa, France and the Netherlands. Meanwhile, Galuchat grill restaurant serves light, fresh fare. For something a bit different, the Little Buddha offers Asian-fusion cuisine in a lounge bar setting, with a DJ playing dance music until dawn six days a week. The hotel even offers catering services by the pool.

Whether you want to organise a private banquet for 10 people or a professional event for 500, the hotel’s team of staff is on hand to offer the ideal solution. The hotel prides itself on adapting to suit all its visitors, which is why it offers two breakfast options: those with time to spare can enjoy the extensive breakfast buffet, which offers continental and cooked options. Guests with a packed schedule, meanwhile. can opt for the ‘grab and run’ breakfast, which includes takeaway tea, coffee, fruit and energy bars.

Rewarding loyalty
Dubbed the hôtel des grands événements, meaning the hotel of big events, the Radisson Blu Dakar has seven modern meeting rooms, ranging from 25sq m to 500sq m, making it a five-star hotel for leisure tourists and business travellers alike. The hotel’s proximity to international embassies, designer boutiques and the city’s international airport means any trip is sure to run smoothly.

Through its new One Touch mobile app, the Radisson Blu Dakar provides 24/7 access to a wide variety of hotel and local services, making booking and planning your stay in Dakar simple. Users can access local directions, book onsite meetings, request wake-up calls and enrol in Radisson Rewards, the group’s global loyalty programme. Through this loyalty scheme, guests can earn points, benefits and privileges that can be used in any of the group’s 380 hotels worldwide.

The Radisson Blu Dakar has welcomed a number of high-profile guests through its doors: US President Barack Obama, Prince Albert of Monaco, Hillary Clinton, and Portuguese President Marcelo Rebelo de Sousa have all enjoyed a stay at the hotel.

Guests of the Radisson Blu Dakar are sure to find their stay a relaxing and luxurious one. With its convenient location and a team of staff who are well versed in upholding the Radisson Blu’s high standards, the hotel is the ideal place to stay in Dakar.