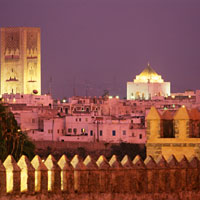 The new government which takes over after parliamentary elections in Morocco may push through reforms to attract more private investment in the economy, but it is unlikely to have the will to fix troubled state finances.

The elections in November last year could provide Morocco’s most representative government to date, giving it a fresh chance to address deep-rooted economic problems. Under changes approved in a July referendum, King Mohammed will hand over some powers to elected officials while keeping a decisive say in strategic decisions.

Instead of the king, it will be the prime minister who names the heads of strategic state-run firms, such as the phosphate monopoly, the central bank and the national airline, as well as senior bureaucrats in ministries. The king will still vet these appointments but it is hoped that the new system will produce more coherent economic policy-making.

The change of government comes at a difficult time for the economy. Gross domestic product growth is running at an annual rate above four percent but that is not enough to bring down an unemployment rate of around nine percent, and the eurozone debt crisis could hit Morocco hard. The European Union is Morocco’s biggest source of foreign investment, providing tourists and remittances from some two million Moroccan expatriates who live there, especially France.

The International Monetary Fund has spoken of the challenges facing Morocco, “including the uncertain economic outlook in Europe and the region, the need for fiscal consolidation in the face of large popular demands, and the urgency to implement an ambitious agenda to boost employment and inclusive growth”. Credit rating agency Standard & Poor’s said Morocco faced high risks because its economy was imbalanced in some areas and credit quality was uneven.

The private sector
The Justice and Development Party (PJD), a party of moderate Islamists which won the most seats in the elections and will lead the next government, says it wants to streamline regulations and bureaucratic procedures to attract greater involvement by private investors in big development projects.
Such projects include an extension of Tangier port, a national highway construction plan and electrification of villages. Lahcen Daodi, the PJD’s second-in-command and one of its economic experts, said that private sector involvement was needed because the state did not have the resources to finance the extensive infrastructure projects on its own.

“You will see that the contribution of partnerships between the private and the public sectors to the financing of development projects will increase,” said Industry and Trade Minister Ahmed Reda Chami, from the Socialist Union of People’s Forces (USFP). Since the PJD did well in the polls, it plans to form a ruling coalition with the USFP and two other opposition parties.

There appears to be agreement in principle across most political parties on making it easier for the private sector to operate. The Coalition for Democracy, which groups eight parties competing against the PJD, also says it wants legal and bureaucratic reforms to reassure investors. Morocco “needs to tidy up the business climate”, said Coalition official Lahcen Haddad, noting that Moroccan courts took 500 days on average to solve a typical commercial dispute. Another broad area of agreement among the parties is the need to crack down on corruption.”Corruption costs the economy 15bn dirhams ($1.8bn) per year or two percent of our GDP. The budget deficit is expected to stand at 4 percent of GDP in 2012,” said the PJD’s Daodi.

The new parliament is expected to give more powers to the country’s anti-corruption watchdog and anti-trust authority to initiate investigations into improper behaviour. The agencies’ heads have been appointed by the king but will report to the new government.

Difficult decisions ahead
Some of the parties’ goals may be contradictory, however. Many of the parties say they are considering levying a percentage of the turnover of telecommunications firms and profits at banks, and increasing the tax on cement, to raise cash for a 2bn dirham fund to address the needs of 8.5 million destitute Moroccans. Depending on their size, such levies could alarm the private sector. And some reforms which parliament pushes are likely to run into stiff opposition. For example, politicians across the spectrum agree that reforming Morocco’s bloated and inefficient judiciary is vital to improving the business climate, but this will require taking on entrenched and powerful interests. “There are some people (in the judiciary) who benefit from the current situation,” said the coalition’s spokesman Haddad.

Other reforms may be too controversial for parliament to tackle. Haddad said making it easier and cheaper for companies to lay off workers when necessary was key to improving the business climate, but would be the most difficult reform to achieve. Trade unions may strongly oppose it through their representatives in parliament.

Similarly, tax reform is on the cards of many political parties; both the PJD and the Coalition propose raising income tax on high-earning Moroccans while lowering it for the middle class. But the parties acknowledge big tax hikes for the rich could hurt the economy’s savings rate, so there appears to be limited room for such reform.

The trickiest issue of all, which parliament looks unlikely to address decisively, is the government’s social spending. In response to this year’s uprisings in the Arab world, the government has tried to buy stability by boosting its subsidies in areas such as food and fuel; such spending has risen to an estimated 5.5 percent of GDP from an initially budgeted 2.1 percent. The IMF reckons that will raise this year’s budget deficit to 5.7 percent of GDP, the highest in a decade.

Financing a high budget deficit may become more complicated because Moroccan banks “are already highly leveraged” and their lending to the government could hurt liquidity elsewhere in the economy, said Liz Martins, senior economist at HSBC Bank Middle East.

Aid from international donors, mostly from the European Union, “cannot be relied upon, and external bond markets are likely to demand high yields amid what is happening in the euro zone,” she added. But cutting subsidies would be a controversial and risky act for the new parliament; parties worry they could lose public support just as political reforms are giving them more room to compete for power. The parties’ platforms include many steps that would actually increase government spending, such as ensuring better healthcare and raising the minimum wage.

There is a broad consensus on the need to cut the budget deficit to four percent by 2013 and three percent by 2016 at the latest, but for now, many parties are exploring opportunities for efficiency savings and changes to employment policy in the public sector rather than major cuts in public spending.Reforming subsidies “will have to be considered for the long term”, said Haddad.

The PJD appears to be focusing on ways to pay for the subsidies rather than on reducing them. Daodi said that his party would raise half the funds needed, or 20bn dirhams, as early as in 2012 from a range of higher taxation, such as an increase in value added tax on luxury products and a tax on barren land.