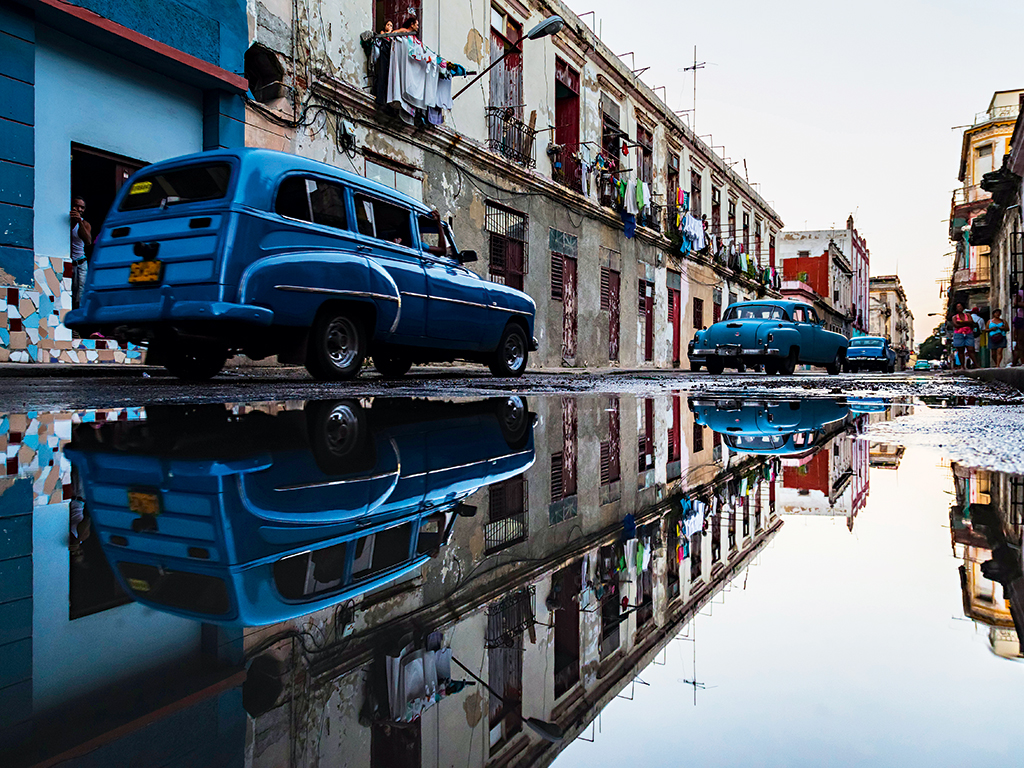 The Obama administration is doing its best to open up Cuba to tourism, recognising that such a step with benefit both the island country and the US. Some estimate it could attract two to three million American tourists per year

December 17 marked the beginning of a new chapter in the ever-unchanging soap opera that is US-Cuba relations. President Obama called on congress to bring an end to a half-century-long embargo on the island: “What I know deep in my bones is that if you’ve done the same thing for 50 years and nothing has changed, you should try something different”, he told reporters. And by bringing down what many see as the last pillar of the Cold War, the US is finally acknowledging that to isolate Cuba is to handicap both nations.

No doubt it will take months, if not years, for the dust to settle as the Obama administration looks to eventually normalise ties with Cuba. However, the intent alone will bring immediate benefits to certain sectors of the economy – not least tourism, as travel operators have already received an overwhelming response from US citizens looking to sample Cuba’s sun, sea and cigars.

The walls may be unpapered, the Wi-Fi might be patchy and the cars might be 50 years old, but the experience is all the more memorable for it

“The devil is in the details, and we’ll have to see what the new regulations actually say to better gauge the impact”, says Collin Laverty, Head of Cuba Educational Travel. “One thing is certain: interest and demand has increased exponentially. Web traffic involving Cuba travel has tripled and our sales nearly doubled in the two weeks following the announcement.”

Open borders
Cuba’s tourism industry has already seen a fair few adjustments over the course of Obama’s presidency: in 2011, for example, the government relaxed travel restrictions on those visiting Cuba, only to quickly offset any gains by imposing tight limitations on tour operators. Up until the start of 2015, US citizens had to obtain a license to make the trip, on the grounds that it was for educational or cultural enrichment only. But perhaps most significant of all was when, also at the beginning of the year, the Commerce and Treasury departments unveiled new rules that allowed US citizens to visit the island without any government-given special permits. This hot and cold relationship has succeeded only in keeping a lid on inbound travel, and yet any progress made by the two nations since the island’s break from the Soviet Union has been marginal.

Still, travel to the island has been increasing in recent years, and it appears that Cuba’s rollercoaster relationship with the US has done little to deter tourists from visiting. The breakdown of the embargo, therefore, will only speed the process along, and with far fewer obstacles standing in the way, the island’s tourism industry is certainly about to enter a new era. Two decades on from when its borders were first opened to international tourists, Cuba’s sunny beaches and architectural marvels will finally feature in American travel agents’ front windows and on holiday brochure covers.

Memorable experience
In the late 80s and early 90s, the collapse of the Soviet Union plunged the island into an economic crisis; slicing 35 percent off its GDP and almost halving its import and export numbers. It was here that international tourism emerged as a saving grace for an otherwise destitute land, and brought Europeans, Latin Americans and – most of all – Canadians to the country in their droves. However, assuming Obama’s proposals go ahead as planned, US citizens will soon occupy a more sizeable chunk of the market.

Already the number of American tourists in Cuba is on a steep upwards curve, with government figures showing that 98,000 US citizens visited Cuba in 2012 – up from 73,500 in 2011 and twice the figure published five years before. But even as US citizens begin to flirt with the idea of a long weekend in Cuba, the fact remains that the country’s tourism sector is insufficient to meet lofty US standards. Customer service is poor, the cuisine is bland and public transport is less than dependable – yet the country’s pitfalls can also work to its advantage, as many visitors merely see them as part of its charm. The walls may be unpapered, the Wi-Fi might be patchy and the cars might be 50 years old, but the experience is all the more memorable for it.

“Despite reaching its goal of three million annual visitors, the country continues to attract one-time visitors – mainly sun and sand seekers and adventure travellers – and few high-end tourists and return visitors”, says Laverty. “It has failed to modernise its infrastructure, mainly in terms of airports, domestic flights and hotels. Many of the country’s hotels are in dire need of a face lift and there simply aren’t enough beds… The two most important changes of late are the government’s willingness to expand the private sector and to actually work with small entrepreneurs. Many of the country’s finest restaurants and most charming B&Bs are privately run. The other recent phenomenon is the number of arrivals from the US. About 500,000 Cuban-Americans on family visits and 100,000 Americans on educational tours now make the US the number two supplier of visitors after Canada.”

As a rush of US citizens bring their sandals and sun hats to Cuba, related products and services – not to mention accommodation – will surely step up a gear or two as the industry looks to rake in US dollars and free-spending tourists. Gone are the days when Canadian, European and South American tourists could enjoy a Cuban break on the cheap: with American tourists comes higher prices, and irrespective of the difficult relationship shared between the two countries, Cuba will be no different.

Doing away with the 50-year-old policy would mark a major milestone for US-Cuba relations – however, it would also bring an end to the island’s status as a go-to budget break for those in Europe, Canada and South America. In building hotels to prepare for an American invasion or ports to cater for Caribbean cruise liners, Cuba’s budget status will fast become a thing of the past.

Threatening tourism
In addition to Cuba’s price dilemma, the development could bring about major changes for the entire Caribbean tourism market: experts at the IMF have previously stated that lifting the embargo for US tourists would profoundly affect the whole industry, and as a result, Cuba could pull valuable custom away from a number of neighbouring holiday destinations.

“Puerto Rico, Dominican Republic, Bahamas and other countries in the Caribbean have long feared the impact that Cuba’s opening to the US market will have on their local economies”, says Laverty. “Cuba sure has a lot to offer and, after five and a half decades of being prohibited, it’s sure to become a top destination for American travellers in the near future. Most studies estimate two to three million American tourists per year once the embargo is fully lifted. Other countries in the Caribbean will have to look for options to offset their losses, such as joint packages with Cuba.”

No matter the effect on the surrounding tourism market, what’s more important is the impetus that a changed relationship with the US will bring in improving Cuba’s (frankly inadequate) facilities and services. “The government will have to move fast – opening up to foreign investment and giving the private sector more space – if it hopes to take advantage of the growing demand”, says Laverty. And it is here, above all else, that the changes to the tourism sector will be most evident.