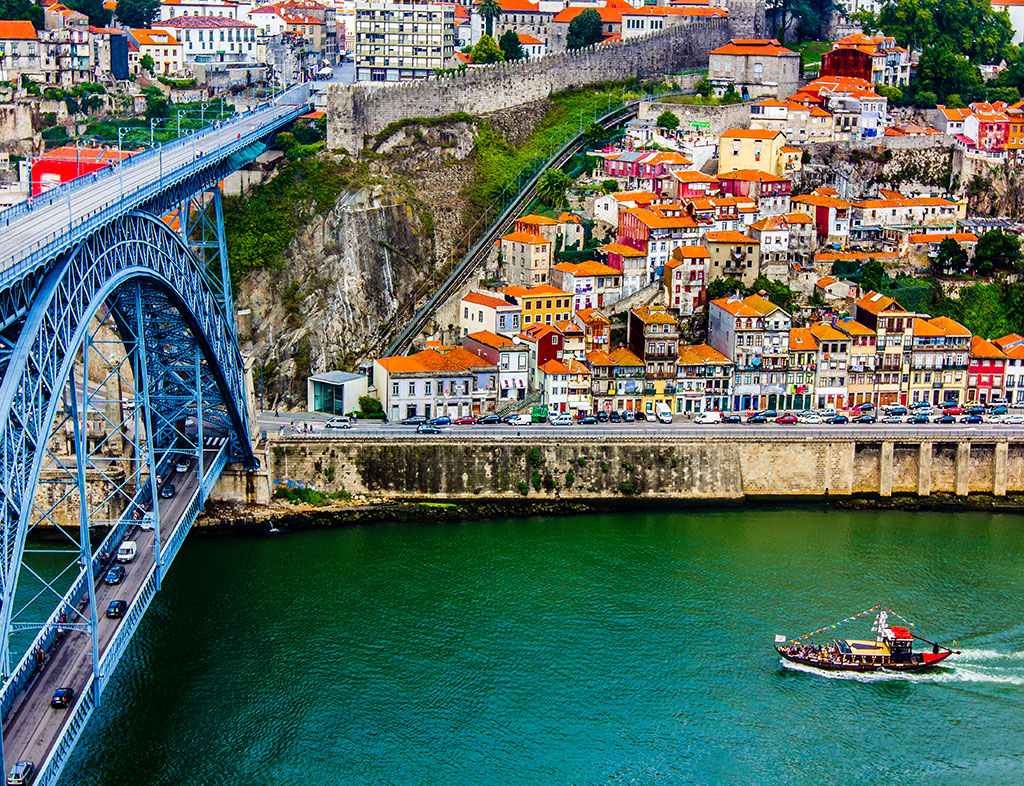 Stay
The discerning traveller should opt for The Yeatman hotel. Located on the south bank of the Duoro river it was opened in 2010 to significant fanfare. It features a combination of 82 rooms and suites, and is located among Porto’s cluster of historic Port Lodges. The hotel’s cellars are impressively stocked with local wine and guests can choose to take part in tastings, seminars and wine dinners.

Eat
Visit Taylor’s port house – one of the oldest in the city; you can tell, our guide says, because it’s further up the hill – for a €3 tour of the cellars and accompanying Port tasting. After, eat at the Barão Fladgate restaurant. There are rotating daily specials – mainly fish and meat, vegetarians aren’t particularly well catered for in Portugal – delivered with more invention than a lot of restaurants we passed. The location is unmatched, situated in the grounds of the port house and featuring a stunning terrace that looks north over the medieval centre of the city, with views of the Dom Luís Bridge to the east.

Drink
Head abound 5km west of the centre of Porto and you’ll hit Foz. Formerly a fisherman’s quarter, the now decidedly more up-market beachfront suburb is home to a stretch of bars and restaurants enjoyed by locals and tourists alike. The Avenida do Brasil contains a number of bars where you can watch the sun set over the Atlantic. We particularly enjoyed Caiprinhas Place – located at the north end of Avenida do Brasil for the cheap caiprinhas (€3 a go, try the caipi-strong for an absinthe-powered buzz).

See
The Serralves museum, Porto’s contemporary art gallery, is located in beautiful grounds and worth a leisurely half day. The Koolhaas-designed Casa da Música is an architecturally significant concert venue that acts as a modern counterpoint to Porto’s maze of medieval streets. It’s also impossible to go half an hour without someone mentioning the Dom Luís Bridge to you: the longest of its kind when it was opened in 1886, the views from the top of its arched span are incredible.