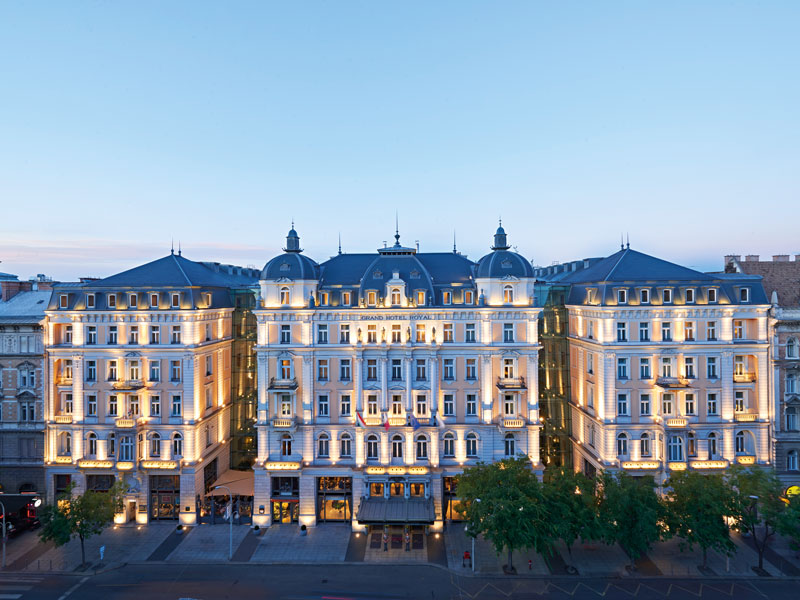 Corinthia is the number one conference hotel in the country in terms of the number, size and technology of its conference rooms

The leaves may be turning from green to burnished gold, but Budapest is in full bloom in autumn. Warm and welcoming in September, vibrant with colour in October and filled with the heady scents of Hungarian cooking in November, the city is an autumnal delight. As the weather turns colder, the food becomes richer.

The culinary scene in Budapest has been on the up for some years; it’s not all stews and soups on offer in the Hungarian capital anymore. These days, Budapest hosts a dining culture that’s as lively as it is urbane, combining fresh ingredients that are naturally abundant in Hungary – think pork, cheese and paprika.

As a city of two halves, divided by the Danube and stitched together by a series of bridges, the ideal way to explore Budapest is by foot

For the perfect accompaniment to a traditional Hungarian meal, pick out a glass of the country’s own wine. Hungary is a small but excellent wine producer. The autumnal grape harvest and resulting wines are at the centre of the social scene in the first two months of the season, with a range of events devoted to the beverage.

The Eger region produces an intense red wine named Bikavér, or ‘bull’s blood’, which is rich in dark fruits and black pepper, making it an ideal autumnal choice.

If wine isn’t to your taste, a visit to one of Budapest’s famous grand cafes should be on your list. These kávéházak are living vestiges of the country’s long-standing coffee house culture. You can’t go wrong with a slice of dobos torta – a Hungarian sponge cake layered with chocolate buttercream and caramel – to accompany your coffee.

A city of two halves
For those wishing to immerse themselves in the cultural life of Budapest, autumn is an excellent time to visit. Müpa, Budapest Music Centre and the Franz Liszt Academy all host an array of classical and jazz concerts.

On mild days, visitors should stroll along the Danube or take a river cruise. As a city of two halves, divided by the Danube and stitched together by a series of bridges, the ideal way to explore Budapest is by foot. The Pest side is lively, filled with galleries, restaurants and bars. The Buda side is more peaceful and is mostly a green belt from which ramblers can enjoy stunning views of the city.

Often referred to as ‘the city of baths’, Budapest boasts a number of historic and luxurious spas. The city’s natural thermal springs have been enjoyed since Roman times, and the practice of visiting these spas is just as popular today. One of the most beautiful spas in the city is the Royal Spa at Corinthia Hotel Budapest.

Originally built in 1886, the spa was a relaxing spot for the city’s elite but was abandoned after the Second World War. Restored to its original splendour when Corinthia Group bought the building, the Royal Spa is now a tranquil retreat for guests and locals alike.

Corinthia Hotel
Aside from its stunning spa, Corinthia has a lot to offer visitors to the Hungarian capital: stunning suites, a range of eateries and a beautifully restored ballroom. Situated in the centre of the city, close to the luxury shopping street Andrassy Avenue and a short walk from a selection of the city’s famed ‘ruin bars’, Corinthia is the perfect base from which to explore the city.

For those in Budapest for business, it’s important to note that Corinthia is the number one conference hotel in the country in terms of the number, size and technology of its conference rooms.

The architectural beauty of Budapest has gained it the nickname ‘the Paris of the East’. Brimming with art, culture, cuisine and nightlife, visitors are spoilt for choice. But whichever side of this multifaceted city takes your fancy, Budapest is a location worth discovering, no matter the season.