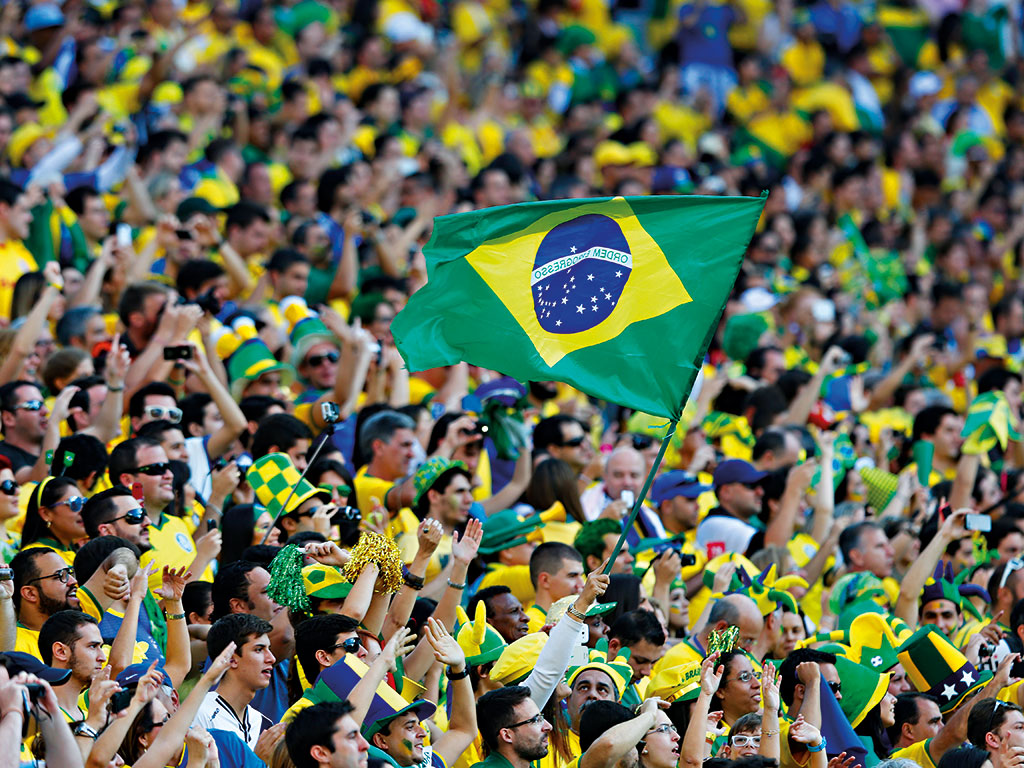 With the Olympics fast approaching, Brazil is putting on a host of events to entice tourists

Since 1723, tourists have flocked to Brazil’s famous Carnaval every spring, enticed by the famous parades and the chance to experience the vibrant celebrations that take place on the streets of Rio de Janeiro. Others travel to Brazil to immerse themselves in the wonder of the Amazon rainforest, to witness spectacular wildlife and be amazed by the grandness of the Iguazu Falls. Yet, despite such attractions, Brazil is not the tourist hotspot that some may presume. The cost of a trip has would-be visitors travelling to neighbouring countries instead, while the lack of adequate tourism and travel infrastructure is also off-putting for many.

In a bid to promote the country as a travel destination, Brazil is investing heavily in major events and has now become a popular host for numerous business conferences and international functions, such as the Rotary Annual Convention in 2015, the World Water Forum in 2018 and the Congress of the International Union of Architects in 2020. The push seems to be working, with Brazil climbing the ranks to become one of the top 10 most popular event destinations worldwide in 2014, according to the International Congress and Convention Association.

There are two notable super events that form that core of this drive: they are, of course, the 2014 World Cup and the 2016 Olympics. And while a similar strategy has worked in South Africa and Barcelona in the past, Brazil’s drive to host increasing numbers of large-scale events has not yet yielded the same impact. Although there is still time to make the most out of the Olympics, it can be argued that the focus of event tourism is itself misguided.

Football frenzy
When Brazil won the bid to host the biggest tournament in football back in 2007, the economic and political landscape in the country was somewhat different from what it is today: the economy had been expanding at an impressive rate, while the prospect of further growth and the added boost of the World Cup had captivated the nation. In the years that have since passed, however, the South American state has been embroiled in corruption scandals, economic crises, growing unemployment and plunging commodity prices. Thousands have taken to the streets in protest on numerous occasions, starting most notably during the run-up to the Confederations Cup in 2013. Public outcries against insufficient health and education services have been broadcast around the world, highlighting the anger of millions who are contending with one of the world’s worst housing crises just as their government spends billions on sporting events.

The estimated cost of the 2014 World Cup

Was spent on new and upgraded stadiums

The expected cost of the 2016 Olympic Games

While the World Cup was undoubtedly a disaster in terms of Brazil’s athletic performance, the government boasts that, as an event, it was actually a huge success: the number of tourists visiting the country reached around one million, far exceeding the 600,000 expected, and according to Brazil’s Ministry of Tourism (Embratur), 95 percent of those visiting for the World Cup indicated that they intend to visit again.

The World Cup and Olympics have also acted as a catalyst for various long-overdue infrastructure projects in Brazil. Perhaps the most noteworthy example is the Bus Rapid Transit (BRT) system, which is drastically reducing the commute for thousands. A neglected tunnel through Rio’s mountains is also now being renovated in order to create an expressway with dedicated lanes for the BRT, and is expected to cut transport time between Olympic stadiums by up to 60 percent. Then there is the once-derelict Porto Maravilha, which is currently being developed into a modern, sustainable urban space that finally connects to the rest of Rio, with the aim of becoming a new business and cultural hub for the city.

A game of two halves
Despite the markers of success, there is another side to the legacy of the 2014 World Cup. According to the Brazilian Airline Association, the total number of flights actually fell between 11 and 15 percent in comparison to the same period in 2013. Internal flights plummeted by up to 40 percent, as routine travellers refrained from flying in order to avoid masses of football fans and hiked-up prices. Even more worrying is a report from Brazil’s National Confederation of Industry, which states that the country’s industrial production fell to the lowest levels since the study began in 2010. Some suggest that the decline was an outcome of the public holidays granted for the tournament, particularly as on days that were not officially given, many skipped work to watch the matches. Furthermore, while the government stated that the event generated one million jobs, the Labour Ministry’s database shows that job creation during the month of the tournament was the slowest since 1998, which can be attributed to a drastic drop in consumption levels.

The heightened media attention, rather than shining a positive light on the country and its government, actually had the opposite effect: news of the protests travelled across the globe, as did that of the unsuitable living conditions in the favelas, many of which were destroyed to make way for stadiums. “A product of these events is that they had to raze or eliminate 169 favelas, so they had to relocate tens of thousands of families to more distant parts of Rio and Western Rio – taking them away from their communities, taking parents away from their workplaces and children away from their schools”, said Dr Andrew Zimbalist, Economics Professor at Smith College and author of Circus Maximus. “That’s all very costly, socially and economically.”

An Olympian task
Now, reports about extreme pollution at the sites of the 2016 Olympics’ water games have also captured unwanted and widespread attention. However, during a recent visit by the International Olympic Committee, President Thomas Bach assured the public that the necessary measures were being undertaken in time for the tournament.

Zimbalist told Business Destinations, “Part of the problem for Brazil is that both of these events come at a point of time in their economy that is very fragile. When you run a $20bn cost on a mega-event and you have a federal government budget deficit of something like $200bn, you’re contributing 10 percent to the budget deficit, that’s a very substantial contribution.” Considering that Brazil spent more on its World Cup than any other host nation, it still has a lot to prove to its citizens and to potential tourists around the globe. Much also remains to be done in time for August’s opening ceremony, and only doing so can cast aside the negative publicity currently presiding over Brazil – a difficult task, considering the country’s current economic situation.

Yet, there is still scope for optimism, given the legacy that the Olympics are set to leave Rio de Janeiro: a city that is easier and faster to travel around, and a once dilapidated and forgotten-about port town that has since been rejuvenated. What’s more, the media limelight could very well entice more visitors. “For instance, the rowing is going to be in the lagoon in the middle of the city, in a beautiful place surrounded by mountains. Nature together with sports and the urban texture – this is something really special that Rio has to show the world”, said Coelho. “Winter in Rio is around 20 degrees in temperature, so we have very sunny days, which again connects with the image of the city. The Rio way of life is very outdoor – the beach is part of our life! So this image is a big boost, not only for leisure tourism, but also business tourism.”

It is crucial for Brazil to not focus too much on the games themselves, as these are one-off events and do not necessarily attract the kind of tourist that will visit the country again. As such, Brazil must play to its strengths – of which there are many – when promoting itself as a unique destination during the upcoming Olympics. Its beaches, the Amazon, its capacity for business events, the culture and, of course, the Carnaval – those are the reasons that people will want to visit Brazil in the long term, and by investing in these is how the country can boost its tourism industry indefinitely.