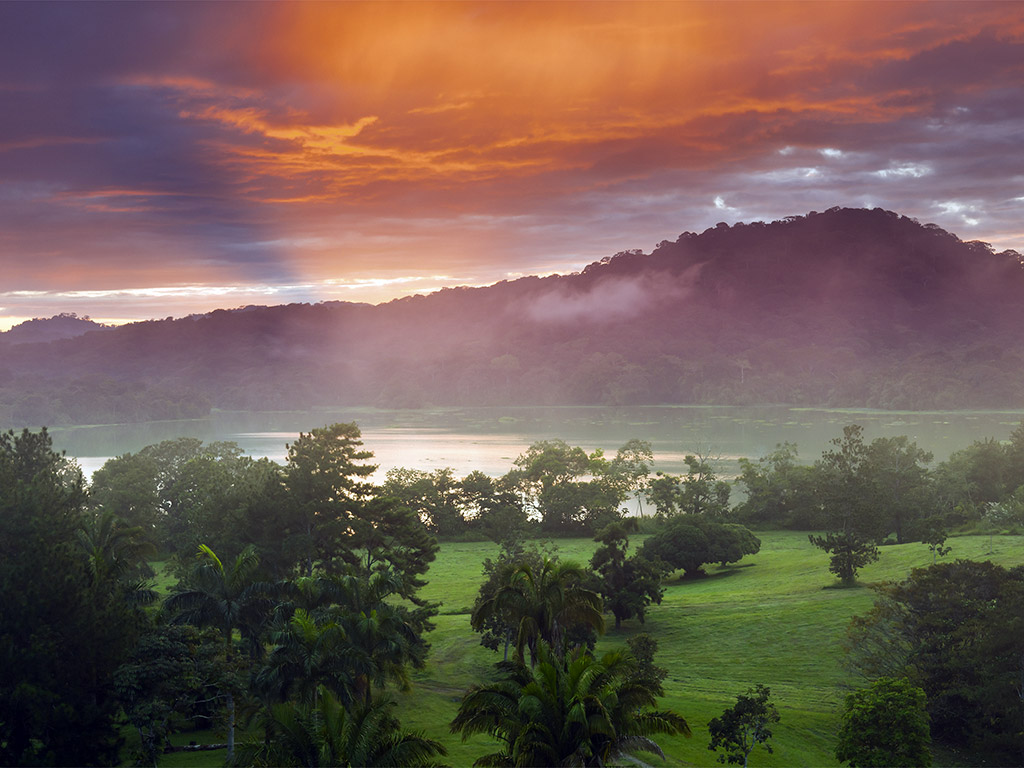 The last century has seen countless individuals dubbed the greatest modern-day explorer. Intrepid travellers have scoured the globe for the last undiscovered locations, but few can justifiably lay claim to the title of world’s greatest adventurer.

Some of the best-known figures include those long since passed away, such as Norwegian polar explorer Roald Amundsed and Britain’s Sir Wilfred Thesiger, alongside still-active adventurers like Sir Ranulph Fiennes. However, one man is unrivalled in his exploration and contribution to untouched parts of the world: British adventurer Robin Hanbury-Tenison.

Hanbury-Tenison’s travels have taken him deep into the Amazon rainforest, and around the staggering natural beauty of the forests in Borneo. While exploring these inaccessible lands, he has penetrated communities that have previously had little or no contact with the outside world, and seen the harm developed society is inflicting on them. As such, a great part of his career has been dedicated to helping their causes, primarily through the organisation he co-founded, Survival International.

Described in 1982 by The Sunday Times as “the greatest explorer of the past 20 years”, Hanbury-Tenison has continued to investigate far-flung parts of the world, while simultaneously campaigning for the rights of tribal people, lecturing, and writing books on his adventures.

Early life
Born in 1936, Hanbury-Tenison has spent over 50 years exploring the world’s greatest natural beauties and the people that live in them. Studying at Austria’s University of Innsbruck before going to the University of Oxford, his eagerness to see the world would see him spend his holidays hitchhiking across Europe and to Yugoslavia, Turkey and Greece, before he embarked on a ground-breaking trip as soon as he finished his studies.

In 1957 he undertook an overland trip in a beaten up World War II Jeep from England to Sri Lanka. The trip was his first taste of the great hospitality of strangers, as he told The Telegraph newspaper recently. “The most inspiring part of my travels has been how hospitality and generosity are deeply rooted human characteristics all over the world.

“Going along the Black Sea coast, we had a major car breakdown and we were taken in by a Turkish peasant family. Without thinking, they moved out of their bed and offered it to us and fed us. When we crossed the Dasht-e Kavir, the desert in Iran, and arrived at an amazing oasis, we were brought sweet meats and allowed to swim in the ice-cold water, which had come 400 miles from the Afghan hills.”

What possesses people to embark on such an adventurous and dangerous lifestyle is something Hanbury-Tenison believes stems from their upbringing. He has described explorers as being “very selfish people”, on account of their constant desire for the next challenge. He told Oxford University newspaper Cherwell in 2012: “It’s riven with clichés, but we’re all into finding the last blue mountain and all that. We want a bit of supremacy. And why? Because we’re inadequate in some way. It’s no coincidence that many explorers had powerful fathers and domineering mothers.”

Treacherous trips
These trips might be full of adventure and wonder, but they are also teeming with danger. The expedition to Sri Lanka included such perilous moments. “Meeting wild bands of horsemen in the Afghan mountains, where we’d been advised not to go. When I went to shake hands, my hand was tied to a stirrup and we galloped off, with me hanging on to my fishing rod, taking great leaps across the plain.

“They then stood us there and galloped at us, firing their guns, to see how we’d react. I wished I had a proper movie camera because it would have been a great way to go. But Johnny established a rapport with them, discussing their horses, and they decided that we were human after all. It left you breathless with wonder.”

Not one to shy away from danger, he tells The Telegraph his most treacherous experience occurred while travelling by boat in Brazil. “On a boat journey from the Orinoco to the River Plate, there was a moment in the Pantanal in Brazil, where I capsized in the dark in a swamp full of caimans. That was as bad as it gets. I was afraid and was floundering around in two feet of water, trying to rescue everything I had, when I remembered the flask of potato moonshine my mother had seen me off with. That got me through the night.”

Uncovering lost worlds
Borneo has played an important part in his life, with his 1977 trip to what is now the Gunung Mulu National Park a groundbreaking expedition that revealed a stunning rainforest and network of caves. Discussed in his book Mulu: The Rain Forest, the park is a relatively untouched rainforest that has provided scientists with a unique insight into the natural world.

He told The Telegraph he felt most at home in Borneo, among the Penan nomadic hunter-gatherers. “I became friends with one, Nyapun, and staying with somebody who is that at home in the forest is a wonderful feeling because you’re completely safe. On one occasion, we set off late to join another group. I’d sent my rucksack ahead and he had just a blowpipe, a quiver and a loincloth. We were trotting through the forest when we came to a river in spate and couldn’t get across. But within minutes, Nyapun built a little house out of palm thatch with a platform to sleep on, then came back with a mouse-deer, which he cooked with green vegetables. We were bone dry in the firelight as the rain poured down.”

Of the many expeditions he’s conducted during his lifetime – around 30 at the last count – Hanbury-Tenison describes climbing to the top of Mount Roraima in Brazil as a particularly great achievement. He told The Telegraph, “I’m not a terribly physical person but I got dropped off by plane a few days’ walking distance away and found my way to the top in the dark. It was very scary but I knew that there were prospectors up there. I nearly collapsed when I reached the summit because it was cold and wet, but I finally found them in a big cave with a roaring fire. Roraima is extraordinary – a lost world, with 3,000ft cliffs all the way round. On top, it’s like a magical rock garden of vivid jewel-like plants.”

Survival International
Founded in 1969, Survival International perhaps represents Hanbury-Tenison’s greatest achievement. The human rights organisation was launched after he read an article that highlighted the plight of tribes in the Brazilian Amazonia, where genocide, massacres and land thefts were being carried out. In his autobiography, Hanbury-Tenison writes that the organisation was founded to help support such people.

“We decided that an organisation should be created to oppose these short-sighted policies; that it should be based upon principles which take into account the Indians’ own desires and needs rather than our society’s prejudices; that it should strive to protect the rights of Indians to their lands, their cultures and their identity; that it should foster respect for and research into their knowledge and experience so that through being recognised as experts they should be allowed to survive and we should learn from them and so contribute to our own survival.”

Shortly after he’d formed the organisation, the massacre in Brazil hit the mainstream press, highlighting how indigenous tribes had been forcibly relocated by the Indian Protection Service (IPS) in the 1940s. Many died of starvation, and the actions resulted in the near extinction of the Kanôc tribe. “Thus the concept of Survival International was born. When, a few months later, exposure in the European press of the atrocities perpetrated in Brazil against the Brazilian Indians by the very agency created to protect them, roused public opinion, we were ready to join in the slow process of raising money and building an organisation.”

The group has grown to become the world’s leading supporter of tribal people, and has seen its work recognised countless times, such as with the Right Livelihood Award. It has organised many campaigns across the world, including in Siberia, Canada, Brazil, Borneo, Botswana and Kenya, and received support from the UN.

Campaigning on behalf of tribal people is something Hanbury-Tenison feels should be a cause that unites all people, telling The Cherwell: “There are huge forces opposed to people and terrible things happening all over the world. If you’re looking for a cause to support, it doesn’t come greater than with tribal people.”

While the days of uncovering parts of the world previously unknown to man are ending, it does not mean that those passionate about different cultures and the natural environment cannot make important contributions to society. Hanbury-Tenison continues to do his part for poorly represented people, as well as acting as an unrivalled guide to those inquisitive enough to want to see the world’s remaining natural wonders.