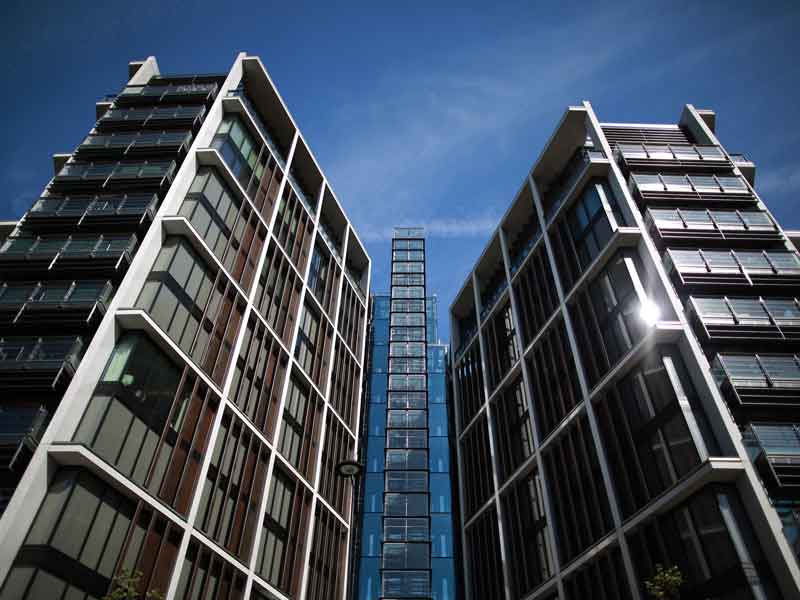 In many of the world’s urban centres, homes are becoming prohibitively expensive for people with moderate incomes. As a city’s real estate prices rise, some inhabitants may feel compelled to leave. Of course, if that inhabitant already owned a house there that they can sell, they may regard the price increase as a windfall that they can claim by departing. If not, however, they may be forced out with no compensation.

Forced out
The consequences are not just economic. People may be forced out of cities where they have spent their entire lives. Leaving amounts to losing lifelong connections, and therefore can be traumatic. If too many lifelong inhabitants are driven out by rising housing prices, the city itself suffers from a loss of identity, and even culture.

As such people depart, an expensive city gradually becomes an enclave of high-income households, and begins to take on their values. With people of various income levels increasingly divided by geography, income inequality can worsen and the risk of social polarisation – and even serious conflict – can grow. As this year’s Demographia International Housing Affordability Survey shows, there are already massive disparities across major global cities (measured by the ratio of median home prices to median household income). A high ratio correlates with high pressure for people to leave.

This year’s survey, which covered 92 cities in nine countries, showed that, as of late 2016, Hong Kong had the least affordable housing, with a price-to-income ratio of 18.1. That means that paying off a 30-year mortgage on a median-price home would cost a median-income buyer more than half of their income – and that is without interest. Mortgage rates are low in Hong Kong, but not zero, suggesting it is just about impossible for a median-income household to purchase a home there without access to additional funds from, say, a parent – or, if the buyer is an immigrant, from abroad.

A huge dose of moderate-income housing construction would have a major impact on affordability. But the existing owners of high-priced homes have little incentive to support
such construction

Meanwhile, some attractive world cities are quite affordable, relative to incomes. In New York City, the median home price stands at 5.7 times the median household income. In Montreal and Singapore, that ratio is 4.8; in Tokyo and Yokohama, it is 4.7; and in Chicago, it is 3.8.

Maybe the figures for these outlier cities aren’t precise. They are hard to check, and there must be inconsistencies across cities, countries and continents. For example, the geographical boundaries of the areas used to compute median price and median rent may vary. In some cities, higher priced homes may tend to turn over more rapidly than in others. And some cities may be inhabited by larger families, implying bigger houses than in other cities.
But it seems unlikely that the errors could be so significant that they would change the basic conclusion: home affordability around the world is highly variable. The question, then, is why residents of some cities face extremely – even prohibitively – high prices.

Creating great cities
In many cases, the answer appears to be related to barriers to housing construction. Using satellite data for major US cities, the economist Albert Saiz of the Massachusetts Institute of Technology confirmed that tighter physical constraints – such as surrounding bodies of water or land gradients that make properties unsuitable for extensive building – tend to correlate with higher home prices.

But the barriers may also be political. A huge dose of moderate-income housing construction would have a major impact on affordability. But the existing owners of high-priced homes have little incentive to support such construction, which would diminish the value of their own investment. Indeed, their resistance may be as intractable as a lake’s edge. As a result, municipal governments may be unwilling to grant permits to expand supply.

Insufficient options for construction can be the driving force behind a rising price-to-income ratio, with home prices increasing over the long term even if the city has acquired no new industry, cachet or talent. Once the city has run out of available building sites, its continued growth must be accommodated by the departure of lower-income people.

The rise in housing prices, relative to income, is unlikely to be sudden, not least because speculators, anticipating the change, may bid up prices in advance. They may even overshoot, temporarily pushing the ratios even higher than necessary, creating a bubble and causing unnecessary angst among residents.

But this tendency can be mitigated if civil society recognises the importance of preserving lower-income housing. Many of the calls to resist further construction, residents must understand, are being made by special interests; indeed, they amount to a kind of rent-seeking by homeowners seeking to boost their own homes’ resale value. In his recent book The New Urban Crisis, the University of Toronto’s Richard Florida decries this phenomenon, comparing opponents of housing construction to the early-19th century Luddites, who smashed the mechanical looms that were taking their weaving jobs.

In some cases, a city may be on its way to becoming a ‘great’ city, and market forces should be allowed to drive out lower-income people who can’t participate fully in this greatness to make way for those who can. But, more often, a city with a high housing-price-to-income ratio is less a ‘great’ city than a supply-constrained one lacking in empathy, humanitarian impulse and, increasingly, diversity. And that creates fertile ground for dangerous animosities.