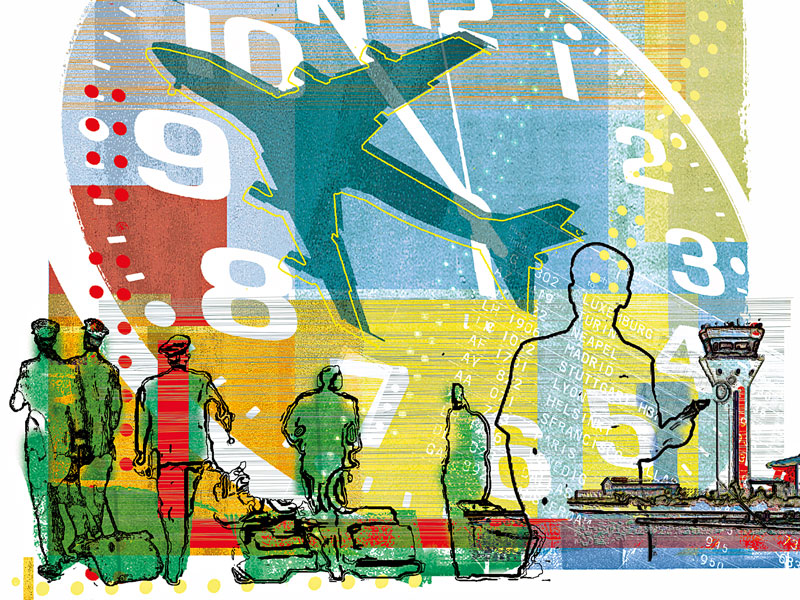 A delayed flight, a missed connection and inhospitable hosts made for a less-than-merry Christmas Eve

It was some time ago now, but the events of this particular trip haunt me to this day. I was travelling by myself from Vietnam, with a stopover in Moscow en route to London. Having been enchanted by Vietnam’s vibrant, bustling capital, I’d pledged to return to Ho Chi Minh City one day.

Upon boarding a somewhat ageing plane, I proceeded to settle myself in for an arduously long flight. Yet, the minutes ticked on and we seemed no nearer to take-off.

As I wondered what could be causing the delay, the answer was laid out in front of me as the air stewards carried an incredibly intoxicated man onto the plane.

I couldn’t believe my eyes. “Don’t they usually carry dangerously drunk passengers off the plane?” I thought to myself, frantically looking around for someone with whom I could share my affront.

To my disbelief, the stewards gave the now-unconscious man an oxygen mask in a bid to revive him. Well over an hour later, with little success, the oxygen tank was cast aside, and the drunkard’s limp body was carried off the aircraft.

Too little, too late
I spent the 10-and-a-half-hour flight to Moscow feeling anxious; I prayed to the travel gods that I’d still catch my next flight, which, incidentally, was with the same airline. But by the time I landed in Moscow, sure enough, the plane to London had departed without me.

I was escorted – like a criminal – to a coach, and accompanied to the terminal in silence

The hours that followed are now a blur. What I do remember is just how badly the staff of both the responsible airline and the airport I had landed at treated me.

My ignorance of the Russian language was seen as a good enough reason to simply ignore my pleas for help, and when I was spoken to, it was with sheer contempt.

Those at the information desk provided a little more assistance, but only slightly so, notifying me that my intended flight was the last one to London – and the UK, in fact – until the next day.

Did I mention that it was Christmas Eve?

Happy holidays
After numerous pricey phone calls in which I tried desperately to find a way back to the UK, I realised that I would not be returning to my family for Christmas Eve, nor would I be waking up to the traditions we share the following morning. Defeated, I was taken to a hotel within the airport complex and, without much instruction, escorted to my room.

In an effort to make the most of this bizarre Christmas, I decided to have dinner in the hotel restaurant. But upon leaving my modest room, a very large man started shouting at me in Russian. As he became louder – and redder – I retreated, scared and confused.

I called reception, asking, “Am I not allowed to leave my room?” in a joking tone. “That is correct,” they answered. Since I wasn’t supposed to be in Russia, I didn’t have a visa. I was therefore to be kept in a guarded room all night.

My anger had intensified by the time my dinner was brought to me; a sad breakfast too was left on a tray outside my door the next morning – a far cry from the unnecessarily greedy breakfast I usually share with my nearest and dearest on Christmas Day.

When the time approached for my flight home, there was a knock on my door, and a sour face greeted me on the other side of it. I was again escorted – like a criminal – to a coach, and accompanied to the terminal in silence.

I was shaking by the time I arrived at Heathrow Airport that afternoon; the sight of my dad at Arrivals was so overwhelming that all I could do was cry as I hugged him. We then drove home, where my family was waiting for me for Christmas dinner – fortunately, that was one tradition I didn’t miss that year.

Years later, this story has become a favourite anecdote of mine, one that shocks and amuses every time I tell it. As fond as I am of this story, I am certainly in no rush to return to Moscow, nor will I ever fly with the offending airline again.