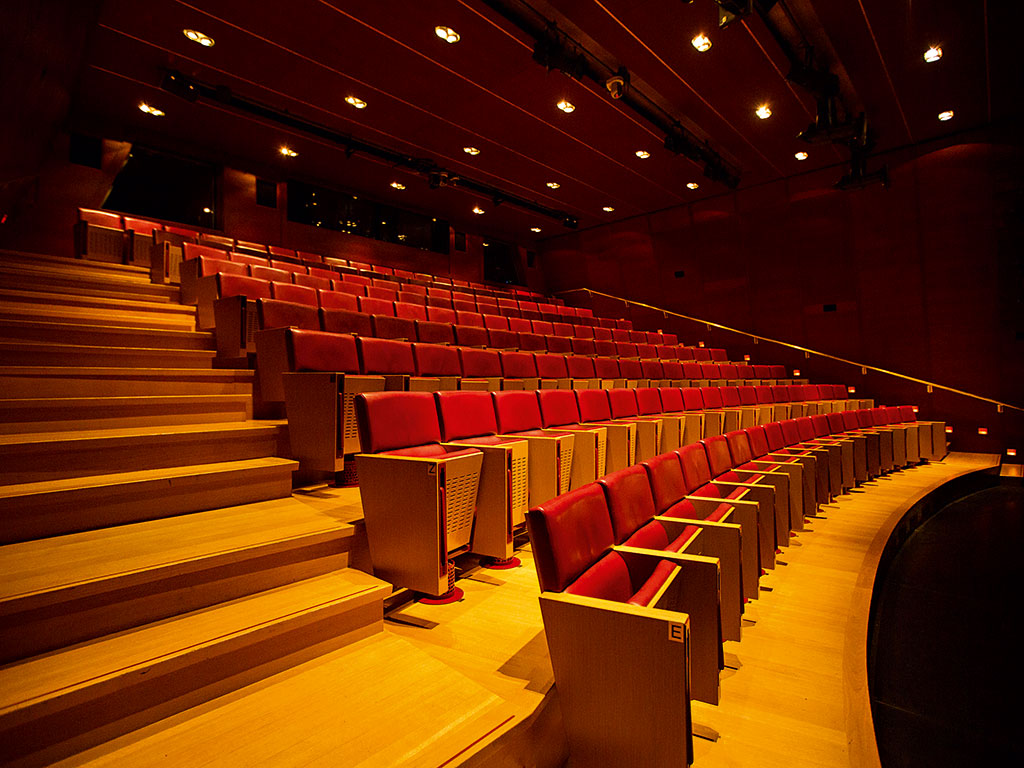 Since its establishment in 2010, the Onassis Cultural Centre (OCC) has grown exponentially. Exclusively funded and overseen by the Onassis Foundation, the OCC was built on a privately owned, 3,000sq m plot of land following an international architecture competition. In the five years since, the centre has become Athens’ foremost cultural space, hosting events and actions from across the spectrum of the arts.

Performances including dance, theatre, music, cinema, the visual arts and the written word have all been displayed at the OCC, with emphases on contemporary cultural expression, supporting Greek artists, cultivating international collaborations and educating people of all ages and abilities through life-long learning workshops. As a result, the centre’s wide range of performances and the support that it provides for the local and global cultural sector has seen it named as the Best Cultural Venue for Corporate Events, Europe in the 2015 Business Destinations Travel Awards.

The centre prides itself on operating on an international basis, and has staged some extremely demanding productions over the years

Taking it outside
The OCC prides itself on operating on an international basis, and – thanks to the extremely high standard of its technical teams – the centre has staged some extremely demanding productions over the years. Christos J. Carras, the Executive Director of the OCC, told Business Destinations: “These international collaborations have played an important role in our efforts to promote younger Greek artists abroad: it takes time to gain the confidence of major institutions in other European countries and beyond, but once you do, they are much more willing to consider featuring our theatrical, dance or music programmes in their venues. This is important for us, [as it helps to encourage] Greek artists who often find it hard to break out of the national market due to the lack of official support.”

Above all, the OCC has focused on developing and sustaining a high level of extroversion. Its education programme, which covers a broad range of activities and courses, is a major driver behind the centre’s conscious outreach to the community in which is operates. “It is vital for us that we should not be seen as an ivory tower, in which the high and the beautiful are preserved and cultivated in some kind of protected environment”, said Carras. “On the contrary: our vocation is to be fully engaged with the issues that are of importance to our society, through our cultural offering.”

The influence of the OCC’s programmes and the scope of the audience with which it engages means that, in many senses, the centre’s agenda has now outgrown its building. Consequently, more and more of the OCC’s classes and performances are now being scheduled off-site. This advance into the rest of Athens not only indicates the full extent to which the centre has grown in popularity and in size, but also allows for the inclusion of a much wider audience as a result: these city centre displays act as a way for contemporary art to be brought directly to the general public, allowing both performers and spectators to engage with some of the most significant and stimulating trends that are emerging in contemporary performance art.

Against all odds
In recent years, Greece has been battling through one of the most devastating economic and social crises that have been faced in living European memory. Funding for theatre, music and dance has virtually dried up, leaving many younger artists and performers without even the most basic support that they would need in order to fully develop their skills and produce pioneering, cutting edge works. “In this context I think that it is fair to say that the OCC has played a really vital role, since – thanks to the support of the Onassis Foundation, of which we are a division – we have been in a position to maintain and intensify our programming”, said Carras.

Despite a crippling recession and a nationwide reduction in arts funding, it is astounding to see just how lively the Greek arts scene is: the way in which young Greek performers have adapted to such adverse conditions is an indication of the vitality of the population as a whole, wherein a considerable amount of energy is being devoted to more collective forms of organisation. The creation of new, collectively run art spaces demonstrates a rise of young artists who are willing to take matters into their own hands.

Reaching out
Athens’ rich history has long made it one of the leading destinations in the world for cultural travel. However, today the city once again finds itself at the very forefront of historical change, with the financial and social difficulties being faced all across the country creating a new environment – one that is both challenging and enormously motivating – in which incredible new artworks are being produced. “The situation that is playing itself out here, and whatever the undisputed local pathologies may be, is one that is relevant to Europe as a whole, since we are witnessing the end of an era and the emergence of new political and cultural ground rules”, according to Carras. “Within this context, the OCC can provide a high level of production facilities, and above all a curatorial team that is ready, willing and able to support the more adventurous voices within our artistic community.”

The OCC is committed to developing a series of innovative programmes that reach out to all kinds of communities across the country. For two years the centre was particularly invested in Unlimited Access, a programme coordinated by the British Council that addressed the needs of disabled dancers. Unlimited Access involved both amateur and professional performers, and worked to integrate disabled dancers with able-bodied troupes. Additionally, the OCC’s workshops for children with autism have proven extremely popular, offering another example of how the centre is working to cater for increasingly specific and varied abilities, interests and circumstances. The OCC also provides exclusive programmes for senior citizens, prisoners and more.

The OCC doesn’t attempt to achieve all of this alone, however: by collaborating with other centres of a like nature and with a similar mission, it has become part of a committed network of arts and culture establishments across the globe. “We work closely with several other institutions on a regular basis”, said Carras. “For example, the French Cultural Institute, the British Council, the Hellenic Film Academy, design institutions and universities. We have hosted events by Google and TEDx, as well as more corporate ones. I think that the cultural profile of the OCC provides a real value added dimension to an event.”

This high international regard, teamed with excellent technical facilities and a staff force that has a strong reputation for friendliness and professionalism, means that, in spite of challenging circumstances wherein culture has been forced to take a backseat, the OCC’s spaces are in greater demand than ever before.