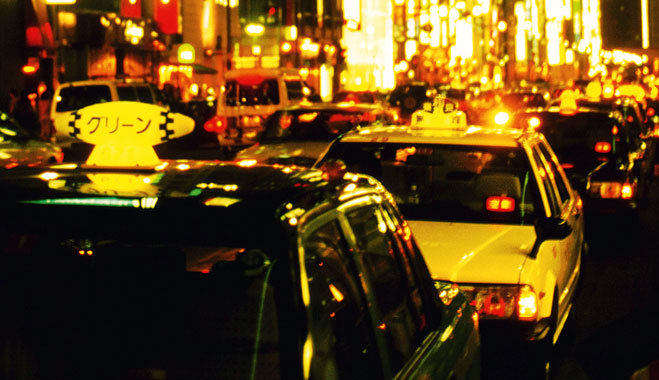 The stereotype of the Japanese workaholic is as clichéd as that of the tea-drinking Englishman. Tough times and soaring unemployment rates can bring out workaholic tendencies in most, but as it were, there is an engrained Japanese culture dictating longer hours and more effort than most. Alarmingly, karoshi, or, as the word translates, “death from overwork”, reaps about 10,000 victims a year – which is on par with the number of lives claimed by car accidents.

In 1969 the first case of karoshi was reported, when a 29-year-old married man working in the shipping department of Japan’s largest newspaper company suddenly suffered a stroke and died. His tender age and the fact that he hadn’t displayed any previous signs of ill-health established the association between extremely hard work and death; the term karoshi had entered the corporate environment, and so had the threat to fall victim thereof.

Karoshi culture
But it wasn’t until the latter part of the 1980s that public concern became widespread and the word became popularised. The sinister events that triggered the reaction were the sudden passing away of a number of esteemed business executives – all of whom were young and of excellent health prior to their collapse. The symptoms that sent them to an early grave ranged from acute heart failure spurred by high blood pressure to arteriosclerosis and cerebral haemorrhage – conditions known to be induced by stress that are also readily linked with karoshi. To keep track of the increasing problem and run a tally of the victims, the Japanese Ministry of Labour began publishing statistics on the fatal epidemic in 1987.

Capitalising on the sensational nature of the Japanese peculiarity, a range of karoshi-inspired products has surfaced. One such launch is the video game ‘Karoshi Suicide Salaryman’. “In this game many things are not what you’d expect,” reads the game producer’s introduction. “The goal of each level is counter-intuitive: you need to die…There are 50 clever levels and a boss fight at the end. We hope you have fun (killing yourself)!”

To those not at threat, karoshi might seem exotic to the point of entering black comedy territory, but in Japan it is part of everyday life, despite the fact that companies have started to take more responsibility for the health of their staff. “I used to live and work in London, and despite the fact that the city’s competitive company culture pushes staff hard, it can’t be compared to the level experienced in Japan, where work consumes most waking hours, and leisure time is hardly ever enjoyed at all,” says Naoki Shimizu, who works as an art director at an advertising agency in Tokyo.

“A good night’s sleep shouldn’t be taken for granted, and many Japanese men and women try to snatch a moment’s sleep wherever they can, be it on the train or in a coffee shop. The threat of karoshi is ever-present, but it doesn’t stop Japanese workers continuing to work far harder than is healthy.”

The roots Japan’s the extreme work ethic
The reasons behind Japan’s dangerous work ethics are many and can’t be attributed to a single concern. While Japanese corporations certainly advocate a system of long working hours, unpaid overtime and few holidays, the problem also lies within the psyche of the Japanese people, since the national heritage dictates hard work. Indeed, the days of the leisurely Edo Era (1603-1867) are long gone – a period which inspired pleasurable pursuits and long holidays.

The first seed of workoholism was planted during the Meiji Restoration of 1868, a face that brought about a definite shift in attitudes as the nation was encouraged to work hard in order to compete with aggressively advancing western nations. Japan’s unity policy, which was implemented during the American occupation in 1945, saw the nation’s industrious leanings being reinforced further.

Aside from deeply rooted work ethics, another fundamental element that has contributed to the rise of karoshi is the sense of obligation experienced by Japanese employees, since many are offered lifelong contracts. An ever-lasting commitment between employer and staff might seem an ideal arrangement to those living in the west were redundancies are on the increase. But evidently, it can also serve as a curse since such a devoted and paternalistic relationship is prone to bring about high stress levels and other adverse psychological factors associated with the obligation to overwork.

Even though the lifelong contract system was more commonly practised in the past than it is today, it has somehow cemented a sense of unhealthy respect for the employer, while staff expect very little in return, aside from salary. In addition, Japanese workers are said to lack self-interest, which means that they will very rarely fight back if they feel that they’ve been treated unjustly or being pushed too hard.

The medical specifics of karoshi victims are anything but sprawling; several medical studies support ties between high job strain and cardiovascular disease, which often has fatal consequences. The definition of ‘high job strain’ brings together many factors including high production demands, long shifts with plenty of overtime, coupled with minimum levels of control and lack of social support in the workplace. It also appears that karoshi is particularly prevalent at companies in which employees are subject to strenuous mental effort and delivering work to deadlines.

The legacy of Toshitsugu Yagi
Among the high volume of karoshi deaths racked up in the late ‘80s, one case received more attention than any other, namely that of Toshitsugu Yagi. There was nothing particular as such about the details of the 43-year old man’s karoshi fate. In line with most victims, he ended up paying a high price for his devoted diligence to his employer and died in 1987 from a myocardial infarction brought on by an extreme workload and serving very long shifts.

The case rose to prominence primarily since the victim’s widow, Mitsue Yagi, was refused compensation as Japanese Ministry of Labour decided that her husband had not died from occupational sudden death. To support its case, the institution claimed that Yagi had worked hard every day for many years and should therefore have grown used to his situation. A true victim of karoshi, the Ministry of Labour ruled, needed to prove that he or she had been working twice as many hours as compared to the norm one week prior to the point of death to be granted compensation. Yagi’s insurance policy weren’t inclined to offer compensation either, since the company assessed that the claimant’s husband had “only” put in a maximum of four hours overtime a day in the week before he died, a portion of time that didn’t qualify for a claim.

Despite the unsuccessful compensation claim, Yagi didn’t die in vain – as the illogical and unfair treatment of his case caused public outrage and resulted in his being hailed as something of an “eiyu” (hero) in his native Japan. Before his death, Yagi served as a spokesperson for the inhumane working ethics of Japan. Before his death, Yagi published a set of writings which flagged the hazards and cruelty of Japanese office conducts.

Solemnly, and quite desperately, in one of them he wrote:
“Let’s think about slavery, then and now. In the past, slaves were loaded onto slave ships and carried off to the new world. But in some way, aren’t our daily commuter trains packed to over-flowing even more inhumane? And, can’t it be said that today’s armies of corporate workers are in fact slaves in almost every sense of the word? They are bought for money.

Their worth is measured in working hours. They are powerless to defy their superiors. They have little say in the way their wages are decided. And these corporate slaves of today don’t even share the simplest of pleasures that those forced labourers of ages past enjoyed; the right to sit down at the dinner table with their families.”

To shed further light on the state of the nation’s work ethics and the risk associated with it, the Yagi family was featured in a much buzzed about video promoted by The National Defence Council for Victims of Karoshi following Toshitsugu Yagi’s death. The council was set up in 1988 and consults thousands of people a year who struggle to cope under the pressure of their employers. Today they still offer support and can be found online at http://karoshi.jp/english/index.html

New ruling brings justice – but few benefit
A company that has figured a fair deal in karoshi circles is Toyota. One of the most media-friendly cases reported was that of Kenichi Uchino, a 30-year-old Toyota employee who collapsed to his death in 2002.

ellingly, it was 4am when he died, and he was still at work. “The moment when I am happiest is when I can sleep,” the deceased man allegedly said to his wife, Hiroko, only days before he passed away, leaving her and the couple’s two young children behind. Toyota offered its condolences, saying in a statement that it would “monitor the health of its employees”.

While the car manufacturer’s vow appeared feeble, Kenichi Uchino case contributed to the improvement of the working landscape of Japanese employees via another route, and many years after his death. Offering a glimmer of light, on November 30th, 2007, the Nagoya District Court accepted Hiroko Uchino’s claim that her husband had indeed died of overwork at Toyota. Subsequently, the court ordered the government to pay compensation to the Uchino family. The case proved to be a legal landmark and since karoshi is now recognised as a cause of death for which employers can be held responsible, karoshi related compensation claims and lawsuits have increased.

But obtaining compensation is not a straightforward affair –they can only be achieved if the labour inspection office acknowledges that the cause of death was directly related to work. Moreover, the country’s justice system can be sluggish, which tend to deter some claimants.

The issue of claims aside, the most positive outcome of the groundbreaking 2007 ruling put pressure on companies to accept wider responsibility for the health of their staff, and the corporate environment has subsequently improved a little.

Efforts to kerb karoshi
In response to mounting pressure, many Japanese companies are now making an effort to establish a better work-life balance for their employees. Not surprisingly, Toyota has upped its game, and has attempted to limit overtime to 360 hours a year, which amounts to about 30 hours monthly.

Meanwhile, some companies run recorded announcements to urge their staff to go home or take a break at certain times, while firms such as Nissan have introduced telecommuting to ease the burden of employees with children. Taking the overtime issue more seriously still, a string of large corporations have begun operating with days strictly prohibiting overtime, requiring staff to leave the office promptly at 5:30pm.

Despite efforts made by businesses, employees have little choice but to manage their high volume of work, which means that few can take advantage of the new schemes introduced by employers. To duck the new “no overtime” policy, some workers are known to secretly remain in the office, while others opt to take their workload home to finish – homework is so common that it has acquired a designated term, namely furoshiki (cloaked overtime).

While initiatives have been taken by companies to avoid subjecting their staff to the gruesome fate of stress-related death, Japan’s cutthroat working culture is still renowned to be harsher than most. Shaky financial times and changes in Japan’s industrial structure have put further pressure on the businesses- and their staff- to perform. Until the company culture sees an overriding reform, karoshi remains a tangible threat.