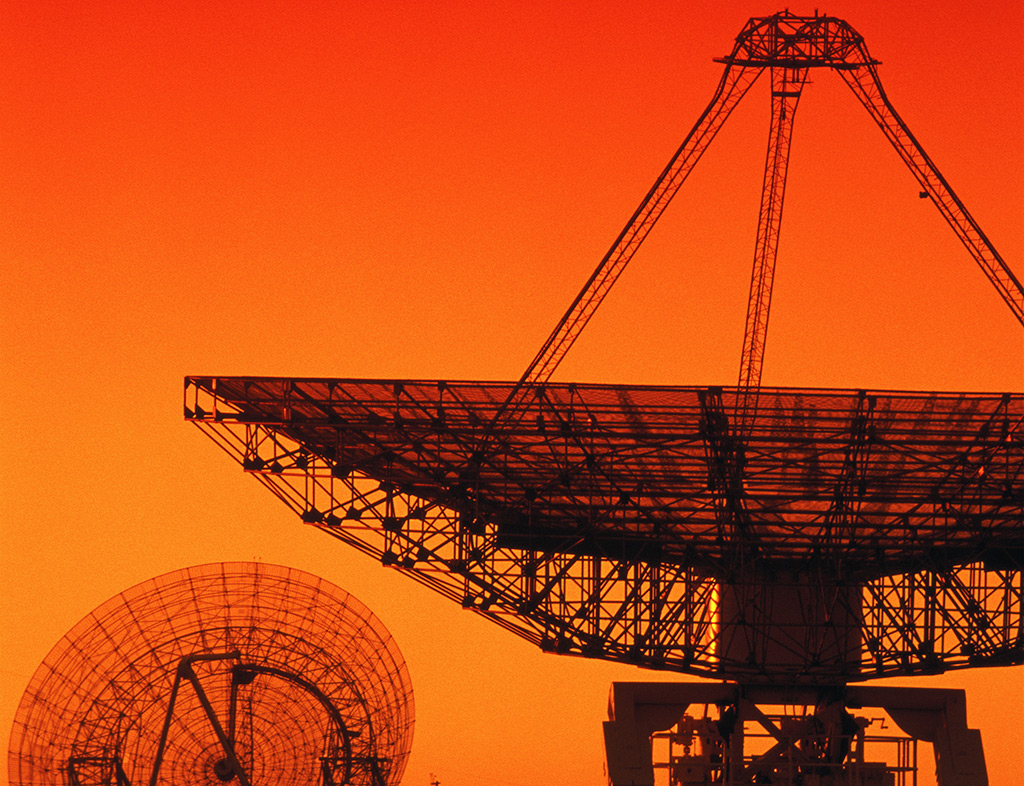 There are various elements affecting where the most highly skilled employees are based, which impacts the decisions companies make when choosing a location. Investment in education by a number of governments is creating a knowledgeable and skilled workforce throughout the world. Innovation through education is a consistent boom to the economy, and those economies that have treated education as an asset reap the long-term benefits that accompany a society at the cutting edge.

Creating the pool
Although talent is spread all over the globe, growing understanding of competition and the phenomenon of closely grouped companies has caused governments to artificially create or encourage ‘business clusters’ – an excellent opportunity for companies that demand a skilled pool of workers to hire from, along with access to important industry contacts, and the added ease of communication with similar or competing organisations.

Furthermore, the increasingly global availability of the internet is making it easier for employers to delegate work of all varieties to far-flung locations – even if it’s not on the other side of the globe, there’s the possibility that an employer and employee will never meet. Yet this is giving companies access to an ever growing and constantly available pool of talent; location is no longer a constraint.

Starting a business in a country where a large percentage of the population has a degree offers obvious benefits when it comes to picking employees – the talent pool is expanded, and the skills are competitive.

The Organisation for Economic Cooperation and Development (OECD) recently released a report entitled ‘Education at a Glance 2012.’ The report is, ironically, over 500 pages long and is packed with information and statistics on the state of teaching and the rising levels of education throughout a variety of countries in the world: 34 OECD member countries and eight other major economies.

Far-reaching education
The research is wide-ranging, including studies into the number of students expected to finish secondary and tertiary education; how much education affects economic growth; how much is spent per student; the proportion of public spending on education; student to teacher ratios, and teacher salaries.

The findings show that, among 25-64 year-olds, Canada has the proportionally highest number of inhabitants that have completed tertiary education, at 51 percent. Next comes Israel with 46 percent, Japan with 45 percent, US at 42 percent, New Zealand with 41 percent, »   South Korea with 40 percent, UK at 38 percent, Finland at 38 percent, Australia with 38 percent, and Ireland at 37 percent.

But the percentages don’t tell the whole story. Despite having the highest percentage of inhabitants who have completed tertiary education, the number of people qualified to degree level in Canada is less than 9.5 million – putting it in fourth place.

With its mammoth population, the US has considerably more individuals with tertiary education, at a staggering 67 million. Interpreting the data by numbers, rather than percentage, the order of most educated countries shifts; in descending order the top ten consists of: US, Japan, UK, Germany, Korea, Canada, France, Mexico, Spain, and Italy.

Leading nations
Countries all over the world are not only improving levels of education, but also investment into research and development. A report from the UK’s Royal Society, entitled ‘Knowledge, Networks and Nations: Global Scientific Collaboration in The 21st Century’, published earlier this year, showed that China is quickly becoming the leading power in the field of science.

Although a decade ago China was ranked sixth in the league table of authorship in recognised scientific journals, it has quickly climbed to second place – sitting just behind the US. More countries are also beginning to specialise in science. Iran, after government leaders stated it was committed to a ‘comprehensive plan for science,’ boosted its investment in research and development from less than one percent up to four percent of national GDP.

Between 1996 and 2008, Iran has seen the fastest growth of scientific output in the world, with the number of research publications jumping from 736 to 13,238. Where the talent is however, is not always a perfect indicator of which country pours the most money into education. Although good education standards in an area does add value to businesses setting up there, many companies ignore conventional logic and set up as near to their competitors as possible – this is known as a business cluster.

Friends close, enemies closer
Business clusters occur when companies working in similar industries are grouped together in the same geographical location. Concentrating industry like this has a number of positive effects on the companies involved. Being located closely to rivals, businesses are pushed to be more competitive in order to out-do their neighbours.

Besides fostering a spirit of competition, the proximity to other companies tends also to facilitate the sharing of information, and clusters often see the emergence of new business partnerships using combined power to leverage economies of scale.

As a cluster takes root, more companies move in and the burgeoning job market becomes a tempting option for highly skilled workers. This pooling of talent produces a snowball effect as, in turn, more companies make the decision to set up there.

The best-known example of the cluster effect is Silicon Valley, which became famous for its silicon chip innovators and manufacturers, and eventually became synonymous with all of the hi-tech companies in the area. As multiple start-ups in Silicon Valley became successful, more moved into the area. This, in turn, attracted venture capital firms, which led to the proliferation of more startups, creating a critical mass of companies drawing employees to the area and thus encouraging more businesses to set up there to take advantage of this talent pool; an ever-increasing feedback loop of business success.

Silicon Valley’s legacy
With roots stretching back over decades, the valley has a rich history that speaks of innovation, entrepreneurship, and success. The original technology cluster can proudly call itself home to Intel, Google, eBay, Apple, and a variety of other big names in technology.

Barbara Diehl, manager at the Oxford Centre for Entrepreneurship, offered an insight into the cluster effect: “Everyone wants to have a Silicon Valley. But it’s not a magic formula. It’s not ‘three companies, two universities, high speed broadband – put it together and magic happens.’”

She notes that the original Silicon Valley came out of the Manhattan project, where large scale investment by the Department of Defence “created infrastructure for an attractive site for companies to settle, and be located next to world-class universities.”

Some governments, hoping to mimic the success of California, have attempted to manufacture business clusters through heavy investment: “Clusters are still prevalent on the political agenda because it’s an easy concept to grasp, but it’s not something that you can facilitate top-down.”

The outskirts of Moscow, for instance, is home to the Skolkovo Innovation Centre, which is aiming to encourage the development of science and technology companies in Russia. But not all business clusters have to be centred within a sprawling and purpose-built research park. A cluster can refer to the entirety of an existing city, rather than a single isolated area. The technology cluster in Israel, known as Silicon Wadi, refers to most of the country, though some areas have notably intense concentrations of high-tech industry, particularly around Tel Aviv.

Silicon Wadi borrows heavily from the original Silicon Valley – the word Wadi means ‘valley’ in Arabic. It is now considered to be one of the main technology hubs on the planet, second only to the original in California, and a long list of impressive international companies have situated research and development facilities in the region.

Global clusters
In a relatively small city, ‘The Cambridge Phenomenon’ in the UK is the most successful business cluster in Europe. Charles Cotton, chairman of Cambridge Phenomenon, says there have been $11bn companies started in the Cambridge cluster, two of which have gone on to be $10bn – ARM and Autonomy.

Cotton states that the “Cambridge Phenomenon is an example of a bottom-up cluster which did not result from any overt government action or policy. Since 1969 around 5,000 tech companies have been founded.”

He notes that the geographical proximity to other companies offers spontaneous opportunities for networking: “Cambridge is a compact city and companies are generally to be found on one of the 18 science, technology and business parks, and innovation centres within a ten mile radius of the city centre.

“The compactness of Cambridge means that there are a lot of chance meetings between people, and these meetings often result in serendipitous happenings. Cambridge has a lot of pubs, coffee shops and cafes which provide more opportunities for chance meetings as well as planned ones.”

Clusters come in all sizes, and they don’t have to be technology based – Hollywood is a prime example. Many industries now have well recognised clusters, like the automotive industry cluster in Southern Germany, the financial clusters in New York and London, and the telecoms cluster in Finland.

Some argue that Silicon Valley has seen better days, and is now suffering from detrimental issues such as high costs, a decline in local manufacturing, and increased competition from other regions or countries. “They’re a victim of their own success,” says Diehl. “The developers expect six figure salaries, which is difficult for small start-ups to offer.” Regardless, the appeal of Silicon Valley seems to live on, and it continues to attract both startups and future investment.

Outsourcing to a global audience
The freelance industry, powered by the communicative opportunities of the internet, is changing the way in which employers approach the talent pool. With the internet improving how companies and individuals communicate across the globe, it is also affecting how employees are sought and hired.

Online freelance hire means that company location doesn’t have to be a restriction on the skills available to them – they can simply outsource work to any part of the globe, with the highest level of talent and at the best possible price. The online freelance market is growing at a rapid rate, offering more opportunities for employers and employees.

Sam Golden from Elance, a global platform for online employment, spoke about how the online world is changing the employment market: “In an era of online collaborative working, it’s not always necessary to meet your staff. Employees can see where the freelancers are bidding from and specify if they want to have face-to-face meetings.”

This lack of necessity for face-to-face relationships offers a stark contrast to the concept of a business cluster, where proximity to other companies and the talent pool is a significant advantage over those located outside the cluster. Golden also notes that the range of skills available to prospective employers is outstanding, with a choice of everything, “from web design to full-blown virtual assistants. Employers can use sites like Elance to hire people for one-off web jobs or to book meetings for them every month.”

Services like Elance offer employers access to numerous skills on a global scale, and it is increasingly becoming a viable model for many people seeking employment. A recent study by Elance showed that 69 percent of the freelancers asked were happier working as a freelancer than in a traditional office environment.

The availability of appropriate talent has long been a deciding factor when a business chooses its location. Now, high levels of education across the world, purpose-built business clusters, and access to a massive market of online freelancers is giving employers more choice when locating their business in an area with access to the all-important talent.