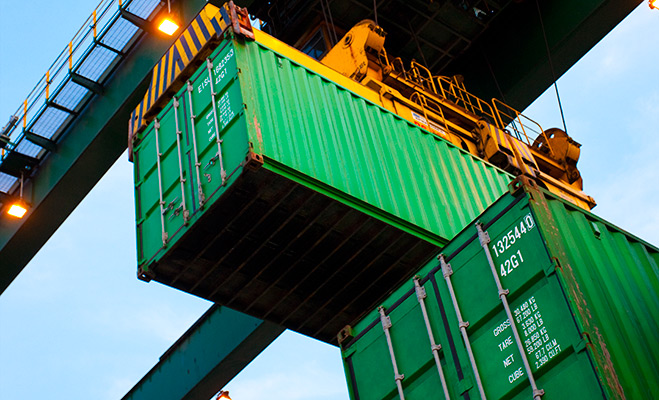 When GE Aviation paid €3.3bn for Avio, a world-ranking aerospace group, at the end of 2012, it marked one of the year’s biggest investments in a race to shorten supply chains and secure distribution channels. The price – a hefty 8.5 times pre-EBITDA earnings – reflects the weight placed on B2B linkages. And it’s a trend taking shape across all commercial sectors in the race to narrow the gap between producer and consumer. In the case of GE, an old-economy business, Avio was brought in because of its critical importance as a supplier; GE Aviation turns over $19bn a year and needs to protect its future.

But there’s a simultaneous revolution happening in the brave new world of digital business as companies take steps to eliminate any blockages between them and consumers. The most recent developments in m-commerce – app-driven technology embedded in mobile phones – is rewriting the rules in the fast-moving world of consumer goods. Smartphones are rapidly becoming tools for making payments and ordering goods and, say industry experts, they will steadily undermine competing businesses based on bricks and mortar.

According to IDC Financial Insights, an independent consultant, the global value of m-commerce will reach $1trn within four years – and it’s only getting higher, much higher. Directly in the firing line is everything from branch banking and main street shops, to railway ticket offices and travel agencies.

Grocery wars
At one end of the scale, e-commerce giant Amazon is taking on supermarket heavyweights as it aims for $100bn a year from grocery sales through m-commerce. So far Amazon’s ‘subscribe and save’ service has sold only dry groceries, but it’s about to bring in fresh and chilled products in a direct threat to global chains such as Tesco, Carrefour and Walmart.

Working with rival supermarkets such as Britain’s The Co-operative Group, Amazon expects shoppers to order groceries en masse from phones while commuting.

Here, Amazon’s big advantage is unlimited shelf space. As Ajay Kavan, the online retailer’s Vice President of Consumables pointed out recently, unlike supermarkets, Amazon has no physical storage constraints. Nor does it have to apply for planning permission to build stores at considerable expense. Hence its goal to offer customers “pretty much anything they want online”, and deliver within hours. Amazon has already listed 700,000 grocery products that can be ordered by m-commerce channels.

And there are plenty of online retailers that you probably haven’t heard of, but are poised to prosper off the back of m-commerce. For instance, FineArtAmerica.com – a storehouse of photographic and other images – is revolutionising how art of all kinds is bought and sold around the world. Its secret is simplicity; after downloading a free phone app, artists and photographers upload their images and with a few clicks, immediately set their prices and sell prints to a global market. Where does that leave the high street picture-framing shop, or indeed the small gallery?

Rivers of gold
As these old and new economy examples show, distribution channels are seen as rivers of gold – but the shorter the better. Because the globe is rapidly shrinking in terms of communication and transport at the same time as the costs of both are collapsing, short supply lines have become vital.

Energy is a good example. Notoriously isolated from their consumers, Europe’s energy giants are rapidly adjusting to a looming threat that aims at the very heart of their business: energy-efficient homes. Instead of simply fixing prices for the supply of power and then billing consumers, they now find themselves in the novel position of actually helping consumers save money in what could prove an entirely different cooperative relationship.

As McKinsey, the commercial think-tank and consultancy points out: “Many [energy] players realise they have to join hands with other new entrants to cover the value chain effectively.” Thus European utility RWE is working with Microsoft and eQ-3, a German electronics manufacturer, to develop a central control unit for ‘smart’ homes that links all appliances in a more energy-efficient way.

Similarly, British Gas has rethought its distribution channels to sell energy-management products such as solar panels and insulation through supermarket chain Sainsbury’s. When a consumer buys its products, British Gas is able to clip the ticket by sending in trained teams to install them.

As systems for selling and ordering products of all kinds change, it will be essential for these industrial behemoths to speed up and adapt to a new consumer-driven world. “Developing or acquiring new capabilities will be essential for utilities as they move beyond their comfort zones,” explains McKinsey.

Dangers of commoditisation
Other traditional industries such as hotels have been forced to react quickly to the dangers, as well as the opportunities, posed by m-commerce. The US-based InterContinental Hotels Group (IHG), a company with 4,480 branded establishments, has said that travel sites such as Expedia threaten years of investment in a name because they aggregate room rates by price rather than by brand. “They’re commoditising the brand,” explains Danny Wong, IHG’s head of corporate risk.

Facing the long-term erosion of loyalty programmes and hard-won brand awareness, IHG’s response was to embrace m-commerce and develop its own phone app, with immediate results. In its first year of operation in 2010, the mobile app produced just $3m in bookings, but by 2011, as customers became more adept, it generated nearly $150m – “And that was from a standing start two years ago,” reports delighted Chief Executive Richard Solomons.

IHG’s experience is an instructive one. Instead of merely lamenting the damage caused by price-based search sites, it has fought back with the same e-commerce technology. In response the chain launched Best Price Guarantee – “it was designed to drive more guests to book through our direct websites,” explains Solomons. In January 2012, IHG went one further by helping develop roomkey.com, the first industry-owned hotels search engine.

Intelligent sites
In the all-important task of leveraging distribution channels, m-commerce and its older cousin e-commerce often go hand-in-hand with old-economy methods, namely shops. For instance, Volkswagen-owned Bentley and other luxury car brands typically run a three-cornered strategy that showcases the vehicle in high-end shopping precincts as well as on interactive sites that allow visitors to view the car from many angles, listen to descriptions of its technical and luxurious attributes and, if they want, buy it.

The sites’ secret is that they empower the consumer, wherever they may be. For instance, Global Beach, the business launched by US and UK-based e-commerce entrepreneur Clive Jackson, established worldwide digital platforms for Bentley, Jaguar Land Rover and other landmark brands. As well as giving buyers the tools to specify interior and exterior colours, the sites deliver valuable data back to the manufacturer by “reading” client interest. They are, in a very real sense, intelligent.

Jackson’s latest venture is Victor, another e-commerce solution for marketing vacant seats on private jets at a fraction of the usual cost. In the process Victor bypassed much of the jet-brokerage industry that traditionally sells spare capacity. Launched in mid-2011 on the basis of a single route between London and Mallorca in Spain, Victor jumped in just over a year to more than 400,000 route pairings and attracted 2,100 members. In late 2012, Victor started offering trans-continental hops and there are plans to expand into Asia. “My job is to build a sustainable business to compete on a global stage,” explains Jackson. “We’re not brokers. There’s no middleman. The brokers hate us.” But not, it seems, business-jet operators. By the end of 2012, the pool of aircraft available to Victor’s users had soared to 500.

They move, you move
In the old economy, manufacturers have got the message and are cosying up to their clients, making business-to-business relationships tighter. In the case of Mahle, the German supplier of engine-management systems, it is actually accompanying clients such as Toyota into new countries, as Japanese automobile manufacturers move out of their home base to try and escape the stubbornly strong yen. Last year, Mahle expanded an R&D facility in China, enlarged two existing plants in Thailand and is building a factory in Indonesia near a Toyota plant. All of these investments are designed to shorten supply lines and, in the long run, make the company indispensable to its clients.

If you want to sell to them, you need to be near them. That’s the view of Continental, fourth-biggest tyre manufacturer in the world. Based in Hanover, Germany, ‘Conti’ spent much of last year licensing service representatives in Mexico, Chile, Ecuador and Brazil for its ContiLifeCycle brand as it tackles the dominance of Firestone and other manufacturers in Latin America. More plants will follow in 2013.

Every now and then, distribution channels are better when they’re slower. When Brazil’s mining giant Vale wanted to reduce its fuel costs on ore shipments to China, it commissioned a new kind of vessel for the purpose. The result is an $8bn, 35-tanker fleet of carriers of 400,000 dead weight tonnage. These leviathans are designed to steam at a stately pace to reduce energy consumption, yet wider than a football pitch and longer than the Eiffel Tower is tall, each ore carrier can transport 11,000 trucks at once. As an investment in a supply chain, Vale’s $8bn must rank as one of the biggest of the year.

Even the healthcare industry is getting involved, with American medical providers dispatching patients’ records on electronic files directly to doctors’ iPads. The system not only makes it easier to update their details, it also increases speed by eliminating at least two steps in manual handling. It’s clear m-commerce is revolutionising the business to consumer relationship, and if that means orders are going up around the globe, then that’s good news for all concerned.