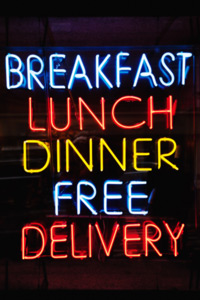 It’s easiest thing in the world to find the hippest new restaurant in town. Finding dependable places that have traded in home comforts for decades rather than flash in the pan hype isn’t quite so easy, however.

Especially since the world and his dog are now counting their GI index or some other puritanical foodie fad.  Sometimes though it’s good to loosen the tie, drop your guard, grab your paper napkin and admit: grease is good every once in a while.

Look close and there still a few fine old guard establishments that have been allowed to age gracefully away from the vein-popping, face-lifting hyped up eateries that come and go like a bus-boy ferrying dirty dishes.

These places exist in a perpetual state of timelessness, without judgment or irony, where the provision of a fine meal for cheap is king. And calories be damned…

E Pellicci, 332 Bethnal Green Road, London E2.  Greasy spoon-come world heritage site
Pellicci’s isn’t quite be up there with Rules and Simpson’s on the Strand in the restaurant guides. Who cares, the city’s music, fashion, film, sex, and crime sub-cultural anti-heroes have passed through these doors.  They’ve made up for the Michelin stars in tabloid column inches.

Pellicci’s is a rare example of the stylish Italian cafe that flourished in London in the 1920s and 1930s. A proper bacon-egg-and-fried-slice East End ‘caff’ it served as the Kray Twins’ and their gangster cohorts’ canteen in the 1960s, and little has changed since. Except that English Heritage have decreed the humble deco panelled interior is up there with some of London’s finest architectural landmarks. Pellicci’s has been granted the café grade II listed status – and about time, too.

Katz’s Deli, 205 East Houston Street, NYC.  Good enough to give Meg Ryan an orgasm
NYC’s oldest and most famous deli has been packing ‘em in, being routinely rude, and filling ‘em with colossal sandwiches since 1888. A whole lot of pastrami has passed though these doors. Based in the Lower East Side neighbourhood of Manhattan, it was founded by a Russian immigrant family who saw a gap in the market for providing other displaced Euro-Jews with cooked and cured meats. Of course, word got out and soon Hollywood would descend to film When Harry Met Sally and Meg Ryan’s rapturous scene.  Laugh?  I almost dropped my ruben sandwich.

Apple Pan, 10801 Pico Blvd, LA – The world’s greatest burger – forever
Service hardly ever comes with a smile at this West Los Angeles institution; but it’s stone-faced ultra-efficiency that’s kept Apple Pan at the top of the tree since it opened in 1947. There’s limited seating around a single horse-shoe counter, and limited choice when it’s your turn to order. Don’t dilly dally either – or there’ll be hell to pay from the paper-hatted waiters who look and behave like supporting actors in Goodfellas.  Burgers come in just two styles – both exquisite; fries are duly dispatched with a well-aimed blob of Heinz ketchup from freshly opened bottle. Finish with a piece of pie, and I guarantee the memory of eating in this delightful anomaly will stay with you forever.

Taverne Henri IV, 13 Place du Pont-Neuf, 1er, Paris – Fat of the Landes
We all know that Paris operates in a different league in terms of culinary expertise; but it is possible to get at least a little low-rent there too. Taverne Henri IV, near the Seine at Pont Neuf, has just celebrated 50 continuous years of wine glasses being smeared with their fabulous duck or goose rillettes (meat potted in its own fat), sausages, and pates.

It may be a cut above anything else on this list – notwithstanding, Taverne H IV is also twice as greasy as anything you’ll find on the opposite side of the Atlantic. They might even do you some proper French fries too – if you ask the moustachioed owner nicely. The atmosphere is crowded and convivial and grease-cutting wines from Beaujolais and the Loire are a speciality.