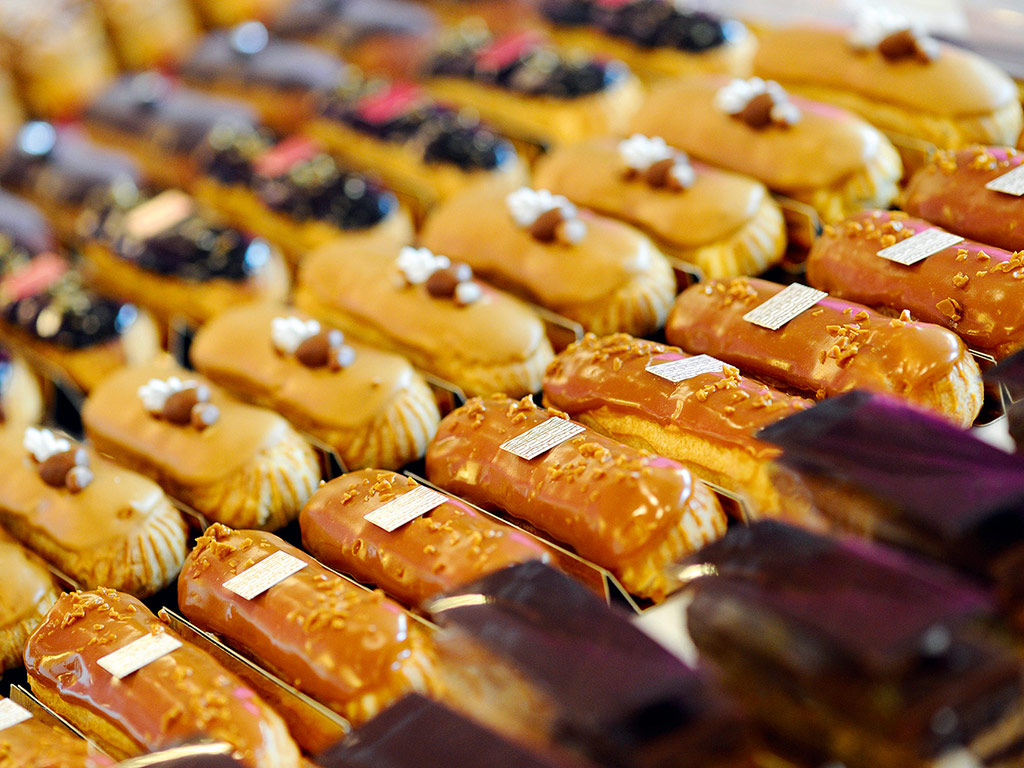 Food is integral to French culture and lifestyle. A good boeuf bourguignon can warm the coldest heart, and a chocolate éclair never fails to bring a smile to a child’s face. But traditional French cuisine as we know it today – fresh, rich and labour-intensive –might be under threat from industrialised fare.

Recent research by the French restaurant association Synhorcat revealed that up to 31 percent of restaurants claiming to serve authentic French cuisine do not make all of their food from scratch – a mortal sin in the Cordon Bleu nation. These rumours are not new by any means, but it is the first time that French hospitality experts have recognised the problem. And while industrialised, frozen or pre-prepared food might be de rigeur in virtually all other restaurants in the world, it simply does not fly in France.

“We are supposed to be the land of gastronomy, but someone had to set up a website to find real food,” Daniel Fasquelle, a French Member of Parliament told Businessweek.

“I don’t want to be left with a few starred restaurants no one can afford and then everyone else eating the same thing.”

We are supposed to be the land of gastronomy, but someone had to set up a website to find real food

It might not seem like such an important issue – pre-prepared food can save time and cost in the kitchen, increasing efficiency and productivity. But the French tourism industry is a huge source of income for the country, and the local food and beverage market is vital to this. Gastronomic tourism is a growing industry in itself, and one that France, with its culinary tradition and reputation, is well placed to take advantage of.

A survey by Mandala Research for the World Food Travel Association revealed almost a third of respondents choose travel destinations based on activities related to local food and drink, and 51 percent said they travel to enjoy unique eating and drinking experiences.

France has been active in pushing the European Union to regulate food labels, to protect its heritage. For instance, only sparkling wine from grapes grown in in the Champagne region that follow strict secondary fermentation principles can be called champagne. Anything else is just sparkling wine. Since 1998, no baker in the country can call itself a boulangerie unless all the bread dough was produced at the site.

The same stringent principles are applied to numerous other French products, from salt to cheese and chocolate. It might not come as a surprise, then, that restaurateurs up and down the country are up in arms about what they perceive as a watering down of their standards. The restaurant industry is worth €43bn annually, but is not yet subject to similar regulation.

Restaurante, bistrô or brasserie?
Since the Synhorcat research was published, France is considering limiting the use of the title ‘restaurante’. At the moment there are no labelling restrictions, so anyone can open a restaurante, a bistrô or a brasserie, despite each serving drastically different fare. And what’s worse, there is nothing to stop a chef microwaving ready meals and passing them off as preparé á la maison.

If Fasquelle has it his way, a new bill will limit the use of the label ‘restaurante’ to places where all food is prepared and cooked on site, from fresh or frozen raw materials. Though Synhorcat and some lawmakers back the proposal, others are sceptical. Sylvia Pinel, Minister for Crafts, Commerce and Tourism, is one of them; her office told Bloomberg they want to keep the industry “positive” rather than “divisive”.

But the statistics are shocking. In 2007 the French government launched the Maître Restaurateur, an industry standard title recognising professionals using traditional skills and fresh ingredients. By 2012 there were only 3,000 holders of the title, a minute number considering there are over 147,000 restaurants in France, according to the UMIH, a leading hospitality industry trade union.

But, because the market is so huge, many restaurants are looking to cut costs and corners to contend with the top chefs – especially when they are competing for the custom of foreigners with less-than-discerning tastebuds. According to a report in Marianne, a portion of tuna cooked in the traditional Provençal style costs around €4 at a restaurant supply factory and can be stored for a long period of time in a freezer and then sold for €17 after a mere three minutes in the microwave. The report prices a chocolate éclair at €0.60 from the supplier, sold on at restaurants for up to €4. In both cases the restaurant turned a profit of several hundred percent, with minimal investment and effort.

Regulating the lexicon
Restaurants in France are not required by law to inform patrons that products they are serving are frozen or pre-prepared. However, since June it has been illegal to describe any item as homemade, or advertise the restaurant as serving homemade food unless the food is prepared “on the spot from raw materials”.

Pinel and her office were behind the bill, which allows the use of a special logo qualifying foods, with the implication that restaurants not displaying the logo are serving factory-frozen food. According to Pinel, the system will “better inform consumers and promote quality in the restaurant business”.

There have been some very vocal supporters of Pinel’s plan, like Thévenoud Thomas, representative of Saone-et-Loire, who told the AFP: “We must end the mystery of the plate. The bill will defend restaurateurs who are not heaters or assemblers.” But the bill still falls short of Fasquelle’s proposal to restrict use of the word restaurante, and therefore considered a defeat in some quarters.

“Today, a third of French restaurants use industrial products. According to a study commissioned by the Synhorcat, 67 percent of these restaurants are willing to give up for protection of the designation restaurant,” Fasquelle told Liberatión.

“We have to value the business and reward those who make the effort to have competent kitchen staff.”

But not everyone in the industry is supportive of this enforced standardisation of French restaurants. UMIH has been vociferous in its rejection of Pinel and Fasquelle’s ideas. They told the AFP that Fasquelle’s proposal in particular would “create complete confusion with the public, clients and especially tourists,” and that it would have “drastic consequences in terms of employment, especially for youth”.

Other initiatives have been launched by professional bodies to curb the problem of sub-standard food, without resorting to restrictive regulations. In April, the College Culinaire de France, headed by 15 of the country’s most celebrated chefs including Alain Ducasse and Joel Robuchon, launched the Restaurant de Qualité label, which will guarantee that label-bearing restaurants meet top industry standards.

“Of the 150,000 French restaurants, three quarters cook industrialised meals. The others are struggling to cook fresh produce. It is to them that we speak,” Ducasse told Le Monde.

Around the country a number of industry groups are emulating the College Culinaire de France in their attempt to educate diners. It is perhaps a more sensible approach; considering that fast food and takeaways account for up to 54 percent of the country’s restaurants, restricting such a major part of the industry seems not only difficult, but downright foolish. Now, for the first time in history, sales at these kinds of eateries has outstripped those of traditional restaurants. Perhaps it is a sign of the times, that modern France does not have time for the tradition its legislators are so keen to preserve.