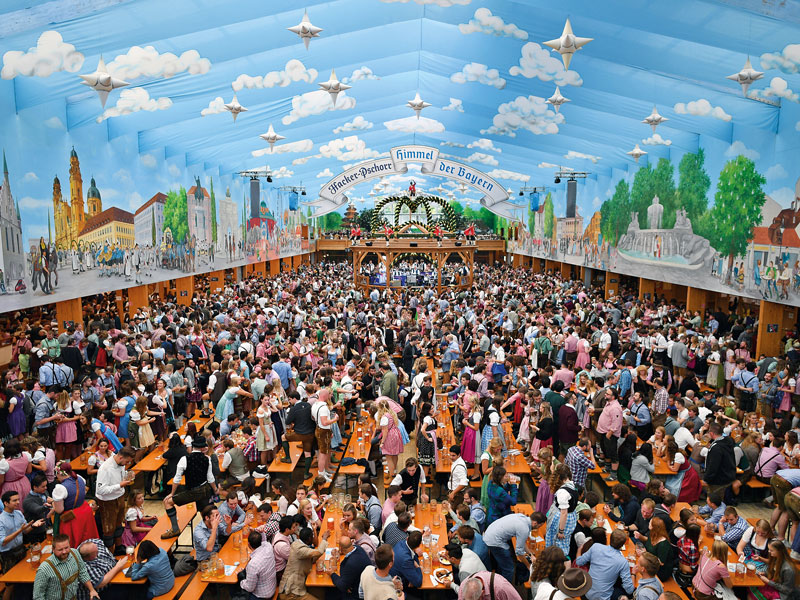 Longyearbyen Literature Festival
Svalbard, Norway
September 3-7
Located on the island of Svalbard, situated between the Norwegian mainland and the North Pole, Longyearbyen Literature Festival is comfortably the northernmost literary celebration on the planet. Writers from all over the world arrive to talk about their work and engage in lively discussion in this picturesque arctic landscape. Be aware, however, that temperatures can drop below freezing in September, so be sure to bring winter clothes.

Contemporary Istanbul Art Fair
Istanbul, Turkey
September 20-23
Contemporary Istanbul Art Fair prides itself on having an eclectic mix of art on display, attracting gallery representatives, artists and collectors from across the globe. Last year’s event saw 80,000 visitors attend and 73 galleries from more than 20 countries present their works. Befitting a city that straddles the boundary between Asia and Europe, this event seeks to engage and unite art lovers, regardless of their cultural background.

Oktoberfest
Munich, Germany
September 22 – October 7
Known around the world as a celebration of Bavarian culture, Oktoberfest is heaven for beer lovers. In 2017, 6.2 million people attended the event in Munich, collectively drinking a staggering 7.5 million litres of beer. There are a number of tents to choose from and a range of entertainment options, from crossbow competitions to traditional music. For those that really want to look the part, a pair of lederhosen is a must.

Camp Bliss Pushkar Camel Fair
Pushkar, India
November 15-23
One of India’s highest rated and most unusual travel experiences, Pushkar Camel Fair is a cultural fête and livestock festival rolled into one. Visitors will enjoy hot air balloon rides, traditional sports, a moustache competition and much more. The multiday event also includes a number of religious and spiritual activities and is an important destination for Hindu pilgrims, who bathe in the Pushkar Lake to absolve themselves of sin.