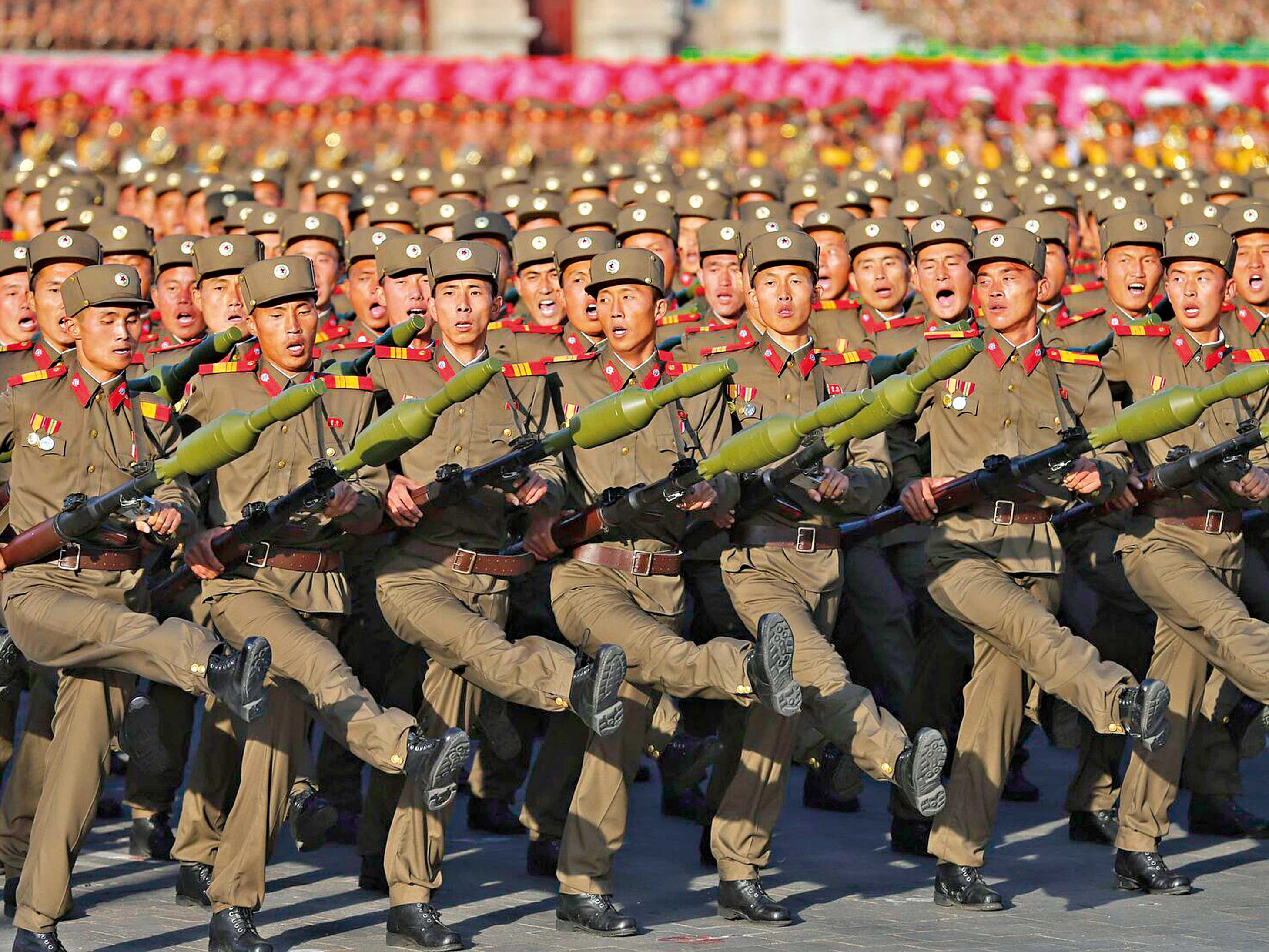 For American tourist Otto Warmbier, what started out as an adventurous holiday to a secretive regime ended in a tragic tale of unimaginable torment. Warmbier, a 22-year-old American university student, was imprisoned by the North Korean state after being arrested for the petty crime of stealing a propaganda poster from his hotel. While he was returned home after an intensive diplomatic struggle, the injuries he sustained in captivity ultimately led to his death, which occurred just days after returning to the US.

Warmbier’s story sent shockwaves around the world, so it may surprise some to learn that tours continue to operate in the region, with westerners evidently still drawn to the prospect of a North Korean holiday. In fact, it is a strange irony that news of arbitrary arrests in the past has actually coincided with a spike in the level of interest experienced by tour companies.

Indeed, despite the explicit dangers associated with visiting the regime – North Korea’s hostility towards the West has led the US State Department to repeatedly issue the strongest of travel warnings – the number of tourists choosing to visit the reclusive nation has steadily increased over the past couple of decades.

Seeking the surreal
In order to attract visitors, tour companies have continually described North Korea with alluring terms such as “untouched” or “magical”. Yet, with news from the region becoming increasingly chilling, it is unlikely North Korea would be the first destination to cross one’s mind when planning a holiday jaunt to somewhere magical or untouched.

More typical associations centre on the regime’s known human rights abuses, or its Supreme Leader Kim Jong-un, who is hell-bent on creating a cult of personality and waging war on the West. The regime’s deep-seated hostility to the outside world – along with its proclivity for imprisoning foreigners – certainly begs the question why people are so drawn to the ‘hermit kingdom’, and why they continue to visit in the knowledge they may well be putting themselves in danger.

In reality, tourists visiting North Korea experience the country in a very controlled way, encountering the regime only as a glossy snapshot made up of a carefully crafted itinerary. Peter Hohenhaus, a ‘dark tourism’ expert who has visited North Korea himself, said: “You won’t see detention camps, nuclear installations or brutal repression. Instead [the tour guides] try to show off what, in their eyes, are the aspects of the country worth celebrating.”

And yet, visitors will be constantly aware that what they are seeing exists only as a contrived extension of a much more disturbing and brutal political system. Indeed, the dark side of life in the regime will inevitably seep through when tourists witness the bizarre effects of state-controlled propaganda.

“What [North Koreans] see as spectacular and praiseworthy displays of organised mass discipline, for example, in those mass games, dances and parades, may not have the same effect on outsiders, who may instead find this degree of de-individualisation rather dubious, if not scary,” said Hohenhaus.

Tourists visiting the country can expect to encounter propaganda posters informing North Koreans that life outside the regime holds “nothing to envy”, as well as images depicting the US as a supreme evil. For example, one such North Korean propaganda poster shows a gaggle of US soldiers jovially tossing a newborn Korean baby into a well. Tour guides are also guilty of spinning a weave of factually dubious or downright untruthful assertions about North Korea’s position on the global stage, or the supposed accomplishments of their Supreme Leader.

Despite the explicit dangers associated with visiting North Korea, the number of tourists choosing to visit the reclusive nation has steadily increased

Exoticness appeal
Asked what attracts tourists to North Korea, Hohenhaus attributed the nation’s popularity to an “exoticness appeal”, one that, in some instances at least, can be reinforced by the fact North Korea so often makes headline news around the world.

Indeed, Dorina Maria Buda, Professor of Tourism at Leeds Beckett University, has argued rather than being deterred, people are often enticed by the media
portrayal of the regime as mysterious, hostile, forbidden and even dangerous.

This can be understood through the lens of voyeurism, which Buda describes as something that “resides inside of us at other-than-conscious levels and motivates us to take certain decisions”. Drawing on the work of Freud and Lacan, Buda considers voyeurism to be the drive to look at something socially and culturally forbidden: “Usually western European societies frown upon certain drives that are considered deviant or abnormal. For instance, it is not seen as ‘normal’ to be enticed by danger or disaster, as it carries a range of ethical and moral implications.”

North Korea’s common depiction as being forbidden and dangerous could, therefore, form part of the explanation for people’s curiosity. Indeed, North Korean tourism is a special case in the growing dark tourism industry, which is defined as the desire to visit locations associated with danger, death and atrocity.

The term encompasses visits to locations where mass atrocities or disasters have occurred in the past, such as Chernobyl, Auschwitz or Ground Zero. At its most extreme, it also includes potentially dangerous visits to locations embroiled in recent or ongoing political and military crises, such as Lebanon or Iran. While hard statistics are notoriously difficult to come by, it is widely accepted that the number of people visiting dark tourist sites is on the up.

Fear, fun and Freud
Each kind of dark tourism comes with its own individual host of moral implications, and some are clearly darker than others. Of course, there can be a plethora of reasons why people may forego a light-hearted holiday to visit a dark location. Like those drawn to North Korea, people are often driven by a desire to be more educated, or a wish to better understand some significant historical event or political situation.

Yet the eerie side to dark tourism is in no sense a new phenomenon, and an argument can also be made for the idea that humans have simply always held an innate fascination with the macabre. In 1815, people viewed the Battle of Waterloo from their carriages, while public executions were once a popular attraction in London. Further, the first battlefield of the American Civil War was sold the very next day as a tourist attraction.

Buda travelled to the wider area of Jordan, Israel and Palestine in 2009, 2010 and 2015 in order to investigate what drove people to visit destinations embroiled in socio-political conflict. She found herself in discussions with tourists about the ways in which their trips had led them to
negotiate their fear of death, family memories and archaic traumas.

Buda said: “Academic understandings of dark tourism thus far would not explain what participants were telling me, so I turned to psychoanalytic theories to analyse what I learnt during interviews.” Buda found answers in the Freudian and Lacanian concept of the death drive, which she described as being an instinct existing “at the junction between what makes us feel alive and what bores us”.

In Buda’s discussions with tourists, she found people described some of their most fearful moments as “cool” or “fun” in some way. Her conclusion presents an interesting take on what could be a key draw for dark tourists: “Accessing the death drive, fun and enjoyment blurred into fear, and conversely fear morphed into fun.”