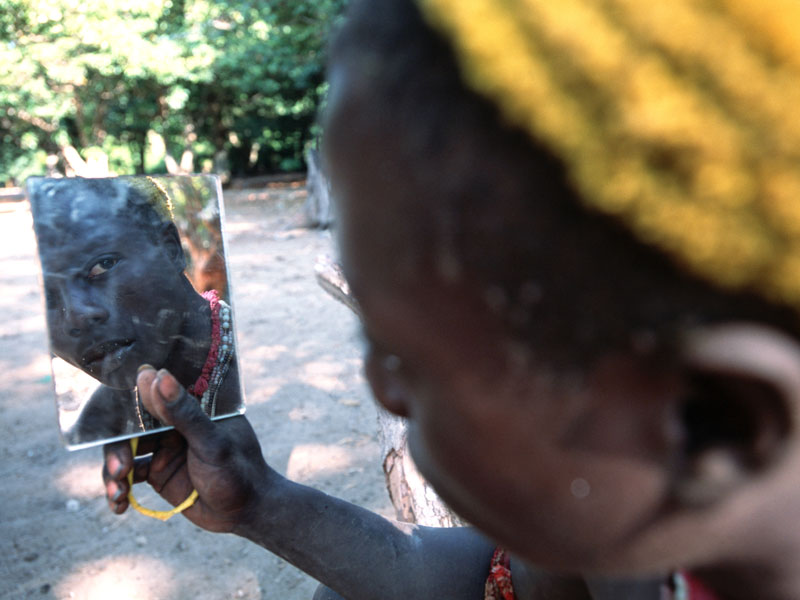 On November 16, American missionary John Allen Chau embarked upon an illegal and extremely dangerous journey that would bring his life to an abrupt end. In a bid to take his religious beliefs to a group that has long rejected outsiders, Chau attempted to visit North Sentinel, a restricted part of the Andaman Islands located in the Bay of Bengal.

North Sentinel is home to the Sentinelese, a 55,000-year-old tribe believed to be the closest living incarnation of prehistoric man. Scarcely anything is known about them, as the tribe has very little contact with the outside world and has been known to meet visitors to its tribal territory with hostility and sometimes violence.

The tribe is protected under the Andaman and Nicobar (Protection of Aboriginal Tribes) Regulation, passed by the Indian Government in 1956. The legislation was extended in 1991 to include a five-kilometre exclusion zone around the island, and in 2005, the Andaman administration said it would “minimise unnecessary and inappropriate contact” with the Sentinelese as far as possible.

Chau’s mission marks the first time in more than a decade that anyone has attempted to reach North Sentinel. It has also reignited a debate on the ethical implications of tribal tourism, which sees travellers attempt to visit indigenous tribes in a bid to observe their way of life.

While some visitors have made efforts to maintain a degree of respect for the community they are intruding on, others – notably some tour operators – have disrupted the tribe’s delicate social and environmental balance in the name of economic gain.

Risky business
Chau is not the first person to attempt to visit North Sentinel. Since the island was happened upon by British explorer John Ritchie in 1771, a number of anthropologists, dignitaries and local fishermen have tried to make contact with the Sentinelese.

These include Indian anthropologist Trilok Nath Pandit, who made the first peaceful contact with the tribe in January 1991. Prior to Chau, the last people to visit North Sentinel were two men illegally fishing for crabs in the island’s restricted waters in 2006. Both were captured and killed by the tribespeople.

These curiosity-driven missions have proved to be highly treacherous; the Sentinelese people have made it clear that they do not welcome outsiders, and rightfully so. Yet outsiders continue to journey to North Sentinel.

Jerome Lewis, a reader in social anthropology at University College London, explained of Chau’s mission: “The risks that he presented to those people were very serious and were on a much greater scale than the risk to his own life.” Making contact with a previously disconnected tribe “should be treated as a medical emergency for the tribespeople”, said Lewis.

“It’s quite common for between 70 and 80 percent of a tribal population to die within the first decade of contact due to introduced illnesses,” he added. Remote tribes have no immunity to diseases from the rest of the world – even something as simple as the common cold could devastate an entire population.

“Measles is also a very common killer right across the world for these uncontacted groups, but tuberculosis and many of the other endemic illnesses, ones that we have means for dealing with, are also very
problematic,” Lewis explained.

Destructive holidaymakers
Despite the many known dangers, interest in reaching the Sentinelese and other similarly isolated tribes has not waned. Over the years, the type of intruder has shifted from anthropologists with research goals to prying tourists keen for a first-hand look at what they view to be an ‘alien’ culture.

“Most visitors that arrive in these places are uneducated about the culture and practices of the people they visit – they view it as a sort of exotic tourism,” said Lewis. At best, this lack of understanding disrupts local economies and environments.

Often, the land chosen for building luxury resorts on was also the most fertile for hunting and gathering. When access to that land is revoked, tribespeople are forced to turn to other, less fruitful locations.

Simultaneously, added Lewis, tourism drives up prices of consumer goods, so “local people can no longer afford to buy fish or basic necessities because tourists pay such a premium on those items”. Increased tourism also leads to a host of environmental issues, from improper sewage treatment to water shortages.

This is particularly problematic for island communities, as “they don’t have unlimited water supply and when tourists start arriving in large quantities they consume the groundwater very rapidly”, said Lewis. That’s the best-case scenario, too – the worst case is far more damaging.

Abuse abounds
One of the Sentinelese’s Andaman neighbours, the Jarawa tribe, has been the victim of the most nefarious perils of tribal tourism. Until the 1970s, like the Sentinelese, the Jarawa had very little contact with the outside world and were known to be hostile towards visitors.

The construction of the Andaman Trunk Road changed that, cutting through the middle of tribal land to provide access for freight drivers, poachers and, later, tourists by allowing the construction of nearby settlements.

In the late 1990s, the Indian authorities revealed plans to relocate the Jarawa to two specially constructed villages, developing an economy for them based on fishing, hunting and gathering.

The plan was dropped following strong opposition by a number of human rights organisations, and in 2002, the Indian Government announced that the Trunk Road would be closed to minimise further contact with the tribe.

Despite this promise, the road remains open today, putting the Jarawa’s future in jeopardy. Tour operators in the region illegally use the road to access the tribe, bringing up to 500 visitors every day in so-called ‘human safaris’. Tourists have been known to give large quantities of alcohol and money to the Jarawa, causing significant issues with addiction.

In societies whose economy is based on the sharing of provisions rather than financial exchange, introducing money is extremely disruptive. Tribespeople don’t have the same relationship with money as those from capitalist systems – by giving them money, tourists are ascribing a system of values that has no place within that ecosystem. Visitors that behave in this way “are the perpetrators of structural violence”, said Lewis.

Even more disturbingly, tourists visiting the Jarawa have been known to engage in voyeuristic sexual tourism practices. “One of the very big motivations [for certain tourists] visiting the Jarawa is that they wear very few clothes, and that’s something that’s seen as rather exciting and attractive,” said Lewis, adding that “cynical, manipulative sex tourism is also very widespread”.

In 2012, a video emerged in which an off-camera policeman can be heard bribing Jarawa women with food to dance for tourists. Allegations of sexual abuse are rife, with one Jarawa tribesman telling Survival International in 2014: “The girls say that the outside boys pressure them to do a lot. They pressure them with their hands and fingernails… They chase them under the influence of alcohol. They have sex with the girls.”

Insidious colonialism
In 2018, in an effort to boost tourist revenue, the Indian Government relaxed regulations that limit tourist access to tribes in the Andaman Islands. The move is set to further threaten these fragile populations.

As of November 2018, foreign nationals were no longer required to obtain restricted-area permits to access 29 islands in the peninsula, to the delight of groups such as the Andaman Association of Tour Operators, which has been campaigning for several years for the rules to be relaxed.

M Vinod, the association’s president, told the BBC that it was a “good move for tourism”. However, many other regional and international figures, including human rights groups, academics and local businesspeople, have raised concerns that this policy will endanger tribal communities and pave the way for more destructive tourism practices in future.

“There are respectful ways of engaging with tribal peoples,” said Lewis. “The simplest way would be to support the various organisations that try and fight for the rights of indigenous people. [Tribespeople are] currently undergoing some of the most aggressive attacks by people emanating from capitalist systems… such as land-grabbing, various forms of aggressive expansion of industrial agriculture, [and] the aggressive poaching and commercialisation of key species on which they may depend, all of which are impacting hugely on the ability for indigenous people to maintain their ways of life.”

These attacks are a testament to a pervasive belief, particularly throughout capitalist society, that as ‘civilised’ humans, we have the right to tread every corner of the planet and ‘develop’ societies in our own image.

“We’re trying to turn everybody into people like us, in the false belief that we are somehow improved or superior, when in fact what we are is currently parasitic on the systems which sustain life on this planet,” said Lewis.

Tribal tourism is a symptom of the mistaken belief that we are somehow ‘bettering’ indigenous communities through the imposition of monetary systems and introduction of western commodities. Even the act of voyeurism has an implicit suggestion of our supposed right to observe those different to us, which has the effect of denigrating these tribes and treating them as a lower level of humanity.

Some things are best left alone, and by leaving indigenous communities uncontacted, we ensure they remain unthreatened by the often-corrupting influence of western society.