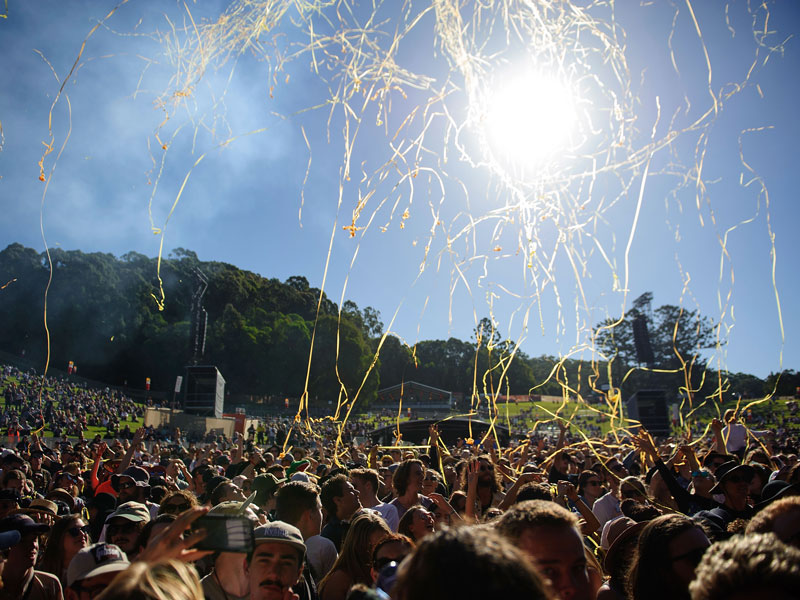 Although Woodstock festival closed its doors almost 50 years ago, its eco-friendly ideology lives on in the festival circuit. A number of ‘green’ events burst onto the music scene following the iconic summer of ’69 festival. These festivals not only promote environmentally friendly practices, but also implement their own strategies to protect the land once the entertainment is over and the tents have been packed up (or abandoned onsite).

In light of Earth Day (April 22), Business Destinations explores 10 of the most sustainable music festivals around the globe.

Splendour in the Grass, Australia
The Byron-based festival sold out less than half an hour after going on sale this year. Those lucky enough to get tickets to the festival are given the option to buy a Carbon Offset ticket for just $3 extra. The money raised from Carbon Offset ticket sales is invested in Australian renewable energy projects.

Camp Zero Footprint is for the festival’s truly dedicated attendees; campers must uphold the site’s high standards which include offsetting travel to the festival, maintaining a clean campsite and taking part in a tree planting session. Any attendees who don’t comply will be fined by Splendour’s Eco Cops.

Glastonbury Festival, UK
A bastion of British music, in its 47-year history Glastonbury has partnered with charity giants such as Oxfam and Greenpeace to promote green practices. Water Aid has also installed drinking water stations all over the Worthy Farm venue.

In 2017, more than 1,000 volunteers helped pick up rubbish and recyclable materials to return the site to its normal state as a working farm. Approximately every five years the site has a fallow year, during which the farm is given time to recover from the strain the festival puts on the land.

Lollapalooza, US
Lollapalooza’s Rock & Recycle programme is just one way the Chicago-based festival encourages fans to limit their waste. The site is dotted with recycling bins and composting stations, plus water filling stations which have saved almost 1.5 million plastic bottles.

Festivalgoers are encouraged to gather recyclable items in exchange for a Lollapalooza T-shirt and the chance to win a new bike.

Another unique trait of this family-run festival is that there are no portaloos. Instead, composting toilet facilities are offered. Every year, the festival aims to be as eco-friendly as possible and has recycled 85 percent of all its waste in the past. For its efforts, it was awarded a full four star rating from eco-organisation A Greener Festival.

The organisers also take steps to increase the amount of local produce used in the meals it serves to its 5,000 staff and volunteers.

Coachella Valley Music and Arts Festival, US
In addition to its stellar line-up – this year saw The Weekend, Beyoncé and Eminem headlining – Coachella’s eco-initiatives are gaining international attention. In association with nonprofit organisation Global Inheritance, the festival offers attendees the chance to win VIP tickets if they carpool with four or more people.

It also runs an energy playground where attendees can play on re-engineered playground equipment. Their energy is converted to electricity, which helps power the festival.

Burning Man, US
Formed in 2004, Burning Man operates in line with 10 principles, which include eco-measures such as leaving no physical trace. In 2007, a group of attendees, now the nonprofit organisation Black Rock Solar, installed a 30kW solar array at the festival. The array has since been donated to the town’s school system and has expanded to 90kW.

We Love Green, France
The Parisian festival has grown in popularity over the last few years thanks to its forward-thinking approach to environmental issues. The festival aims to raise awareness of environmental issues and influence public behaviour in an artistic and experiential way.

It was named ‘outstanding’ at the 2017 Greener Festival Awards. Practices such as limiting paper use and composting food waste are some of the ways We Love Green has reduced its environmental impact.

Green Man Festival, UK
Attendees are encouraged to observe the festival’s name and behave in a green manner. Festivalgoers are known for a love of glitter, however Green Man’s attendees are asked to bring biodegradable glitter due to the damage caused by microplastics usually found in the shiny stuff.

Green Man has also teamed up with Help Refugees and the Newport to Calais Aid Collective who will be collecting unwanted camping equipment and shipping it to refugees around the world at the end of this year’s event.

Fuji Rock Festival, Japan
Fuji Rock defines its conservational efforts as an attempt to achieve a symbiosis of music and nature. Through the Fuji Rock Forest Project, the festival runs a number of schemes that focus on the maintenance and protection of the area around the festival site.

One such project is Fuji Rock Paper, which uses cut timber from forest maintenance that would otherwise go to waste to make branded flyers and pamphlets. Additionally, every year more than 300 volunteers gather to build and maintain a natural boardwalk that winds through the forest, improving accessibility for attendees with wheelchairs.