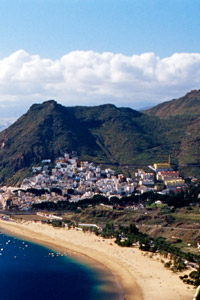 A diverse country of lush green valleys, dusty mountains, sun-soaked beaches and rolling, arid plains, Spain is an amalgamation of smaller principalities, from Catalonia in the south to the Basque country in the north. All told, there are seven recognised regional languages, and the influence of these subcultures can be seen clearly throughout the country. The marriage is not always harmonious, however; the biennial El Classico between Madrid and Barcelona is more than just the greatest football rivalry on the planet; it is a symbol of the ongoing struggle between the Spanish crown and provinces.

Regardless of that animosity, what all Spaniards share is a lust for life. The businessman may be constantly thwarted by the cry of “mañana, mañana” but by the evening he will cease to care; from flamenco in Madrid to the bull-run in Pamplona to the annual La Tomatina in Bunyol, the most pervasive image of Spain is one of passion and hedonism.

It’s not all about the party though. The mountains of the Costa Blanca, just a few miles from the famed Benidorm nightlife, see thousands of climbers and hikers each year, testing skill or seeking solitude. The Altamira caves play host to 14,000 year old paintings, while the Tower of Hercules is one of the oldest in the world. In Barcelona, Gaudi’s architecture is steeped in the influence of nature and his Sagrada Familia is one of the wonders of the twentieth century.

There are several international airports in Spain, including in Madrid, Barcelona and Valencia. Low cost flights within Europe also fly to other cities. Trains and buses connect Paris to Madrid and Barcelona with onward connections available to other countries. Ferries travel from Algeria, Canary Islands, Italy, Morocco and the UK.

Business etiquette: Dress smartly and conservatively. Expect to spend time building a business relationship. English is widely spoken in cities; however Spaniards do not like to lose face and may not admit that they have not understood something.

Tipping: A tip of five to 10 percent in restaurants is common.

Safety: Petty crime is common in some areas.