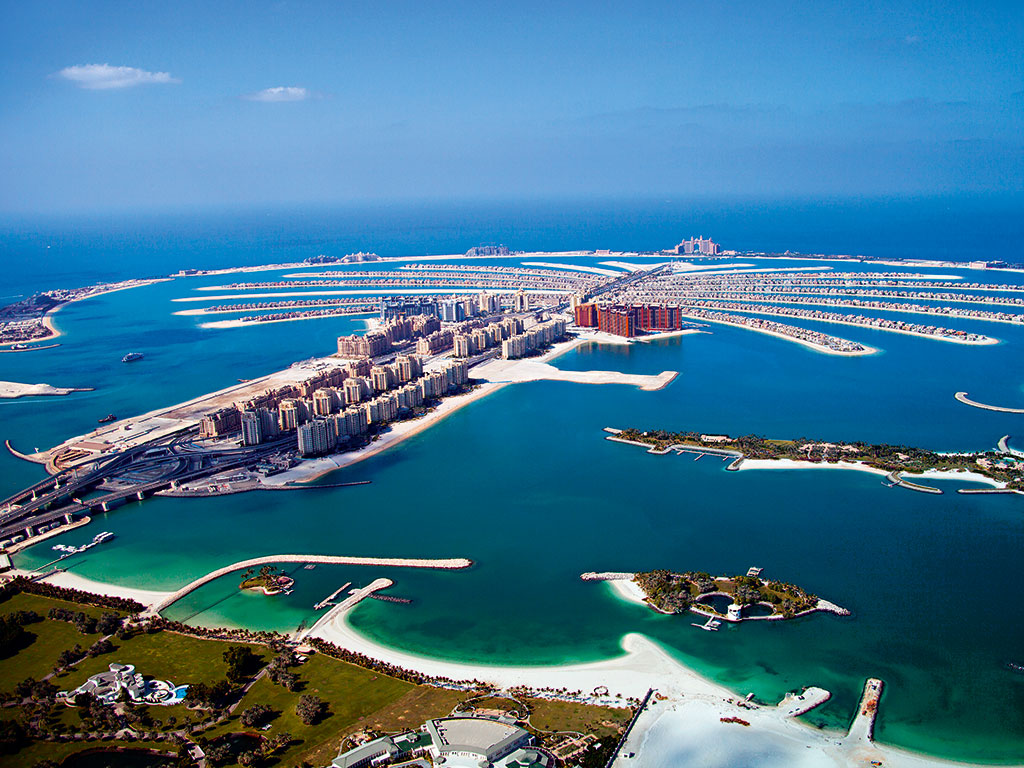 The halo of smoke that settled over Dubai on January 1 2014 – after a world-record breaking fireworks display of over 450,000 pyrotechnics – marked the end of a remarkable 2013 for the emirate. The growth-filled year most notably saw the adoption of the Tourism Vision 2020 strategy, a bold and ambitious plan to increase visitor numbers and double tourism revenue in seven short years, as well as Dubai’s victorious bid to host World Expo in 2020 – the world’s largest and most prestigious exhibition.

Long known internationally for its compelling lifestyle offer, iconic landmarks, and penchant for record-breaking initiatives, Dubai is often seen as an exciting, if not pricey, holiday destination. The city’s pristine beaches, skyscraper-lined streets and glitzy social scene are known to people the world over. As a destination, headline attractions such as the Burj Khalifa, the world’s tallest building; the Burj Al Arab, the world’s only seven-star hotel; and Ski Dubai, the world’s largest indoor snow park, characterise the emirate in the world’s collective consciousness.

Dubai is an increasingly accessible tourism destination, offering visitors both luxury
and value

The city, however, is ever evolving, and moving beyond the superlatives to establish itself as a vibrant destination with a quality and diverse tourism offer and a range of attractions to suit every type of traveller. By doing so, Dubai is maturing into its role as a global city that is as welcoming as it is accessible, for both leisure and business tourists.

From hotels to meetings venues and transport options, the emirate is keen to show it maintains world-class standards in every category it caters to, from seven-star luxury to affordable three-star value. Dubai aims to become a truly international city by attracting more and more visitors of all budgets.

Tourism Vision 2020
As part of the Tourism Vision 2020, Dubai aims to double its visitor numbers and tourism revenue from 10 million people and almost £12bn in 2012, to 20 million people and almost £36bn in 2020. This ambitious plan focuses on maintaining market share, tapping high-potential markets, and increasing repeat visitors to Dubai through the leisure and business events sectors.

Dubai’s year-on-year visitor growth rate in 2012 was 9.3 percent and averaged eight percent over the previous five years. In 2013, the growth rate hit 11 percent and to reach 20 million tourists by 2020, a nine percent annual growth rate is required.
The emirate is working hard to promote its year-round calendar of leisure events and grow its business and incentive tourism offer by capitalising on its location and infrastructure.

Conveniently connected
One look at a world map and it becomes apparent why Dubai is the ideal place for a meeting of global delegates. Its location between east and west makes it the perfect gateway to emerging markets across the Middle East, Africa and Asia. As it stands, one third of the world’s population is within a four-hour flight and two thirds are within an eight-hour flight.

For business travellers, this strategic location is backed up with first-class accessibility thanks to state-of-the-art Dubai International Airport (DXB). Served by more than 145 airlines flying to more than 260 destinations across six continents, DXB is ranked the second-busiest airport in the world in terms of international passengers, according to Airports Council International’s latest figures.

Business events
Dubai won the right to host World Expo 2020, the world’s largest and most prestigious exhibition, in a landslide victory in November 2013 under the theme ‘connecting minds, creating the future’. Dubai expects around 25 million visitors over the Expo’s six-month period and that development in the run-up to the event will also play a decisive role in helping achieve Tourism Vision 2020.

The Dubai World Central (DWC) area near Jebel Ali will be central to Dubai’s hosting of World Expo 2020, and is currently the focal point of development plans in the emirate.
At present Dubai’s infrastructure means doing business in and from the city is easy. There are more than 600 hotels in the emirate, constituting over 84,000 hotel rooms.

By 2016, according to current plans, over 100 new hotels will provide an additional 29,000 rooms. While more five-star properties are in the pipeline, Dubai will also see an increase in the number of four and three-star properties as the city looks to enhance its mid-market appeal.

For business travellers, Dubai’s hotels offer a plethora of flexible business facilities – whether you need a meeting room for 10 people or a convention for tens of thousands. And this is all supported by the expansive facilities offered at the impressive Dubai World Trade Centre – the host for over 50 percent of all exhibitions in the Middle East region. Understandably then, the city has been named Best Destination for MICE, Middle East, 2014 in the Business Destinations Travel Awards.

Backed up by professional service and a ‘can do’ attitude, corporate travellers appreciate the business opportunities on offer in this city, which is why Dubai has been named among the top three most vibrant cities in the world in the latest City Momentum Index released by the realtor Jones Lang LaSalle in January 2014.

Describing the yardsticks for the index, LaSalle reported that highly dynamic cities are characterised by their speed of innovation and creation of cutting-edge businesses. The index clubs Dubai, and its hosting of Expo 2020, with Tokyo, which will stage the Olympics in the same year, calling them resurgent cities gearing up for their respective events with vigour.

Leisure events
But of course, Dubai is more than just business. It’s one of the world’s safest, fastest-growing tourist destinations. For incentive delegates it offers an array of truly memorable experiences, with itineraries that capture the essence of Arabia with desert safaris, dune bashing, falconry and camel riding, while adrenaline junkies can go sky-diving over Palm Jumeirah or dive with sharks at the Dubai Aquarium. VIP groups can take a seaplane or helicopter ride over the city and indulge in afternoon tea at the Burj Al Arab.

Dubai is an increasingly accessible tourism destination, offering visitors both luxury and value. Whether witnessing The Dubai Fountain in full force, looking down on the city from the observation floor of the Burj Khalifa, visiting the amazing aquariums, the swathes of golden beaches, world-class shops, restaurants and nightlife are all on par with comparable top-flight global cities. What’s more, thanks to perpetual sunshine, it’s available all year round.

The possibilities in Dubai are endless – where else can a visitor spend the morning on the beach, the afternoon skiing and the evening riding a camel in the desert?