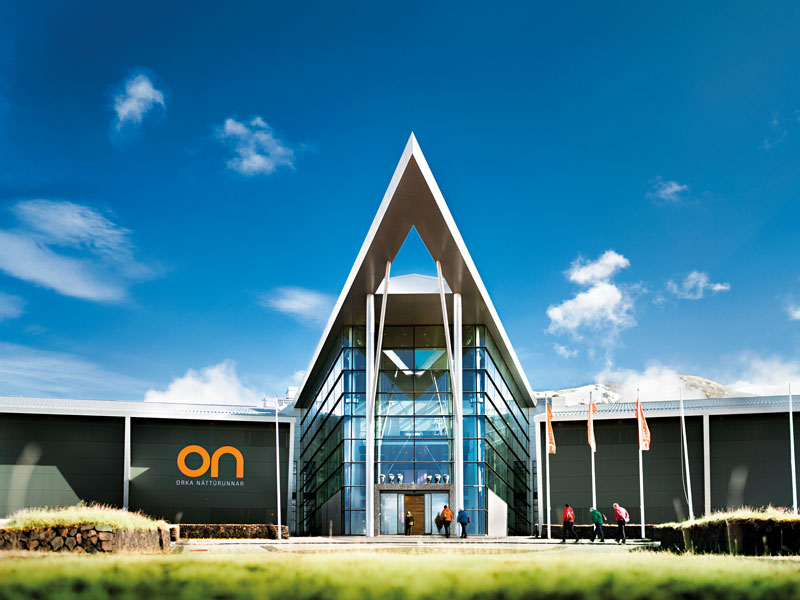 Hellisheiði, which is nestled amid Icelandic wilderness and active volcanoes, is the third-largest geothermal power station in the world, and has become one of the most coveted tourist destinations in the country – not only for its location within the Hengill geothermal area, but as a place to explore the latest innovations in renewable thermal energy.

Using renewable energy sources, ON Power supplies half the island nation with its electricity and half the Reykjavík area with its heating

Visitors are able to take hour-long guided tours through the facility, seeing for themselves how the Earth’s heat can be sustainably harnessed.

Iceland is consistently one of the top 10 countries in the world in terms of geothermal installed capacity, with approximately 20 percent of the country’s electricity production coming from geothermal sources.

On a per-capita basis, Iceland is by far the largest producer of geothermal energy, with almost every home on the island being powered by plants like Hellisheiði.

ON Power, which operates Hellisheiði, has extensive experience leveraging volcanic heat for power and is the largest geothermal energy company in Iceland. Using renewable energy sources, ON Power supplies half the island nation with its electricity and half the Reykjavík area with its heating.

Location, location, location
Geothermal plants produce power by boring holes around 2,000m deep into the Earth’s crust in order to tap into groundwater that has come in contact with bedrock heated by the planet’s mantle, heating the water to around 300 degrees Celsius. The steam from the water then powers turbines to create electricity and heat.

But Iceland’s devotion to geothermal energy has roots in other factors aside from its geologically strategic location: the island’s wintry climate means people need regular heating, and its lack of fossil fuel resources means it has had to innovate in order to generate power. Its highly educated workforce has made such innovation possible.

Emission elimination
Today, 90 percent of homes in Iceland use geothermal sources for heat – a stark change from the early 20th century, when home heating was the country’s main source of greenhouse gases. Hydrocarbons have since given way to renewable sources, and Iceland is unique as the only country in the world with 100 percent of its electricity coming from renewables.

Heating Icelandic homes is not ON Power’s only target: eliminating vehicle emissions is also a priority. ON Power has been developing wide-ranging infrastructure for electric vehicles, and its fast-charging stations dot the island’s most heavily trafficked roads and urban areas. ON Power is devoted to the cause of carbon neutrality and believes that, with the responsible and sustainable use of geothermal energy, achieving this could be possible.

The innovative work at plants like Hellisheiði shows that through science, technology and research, the world’s energy problems do have a tangible and sustainable solution. Projects such as CarbFix at Hellisheiði, in which CO2 is converted into mineral form to prevent it from making its way into the atmosphere, demonstrate the effectiveness of a scientific approach to these issues.

The implications of climate change are dire and the challenge of minimising it is daunting, but thanks to ambitious plants like Hellisheiði, the standard going forward is high. ON Power has demonstrated that a responsible path is not only possible, but already exists. That should be a source of optimism for anyone who visits.