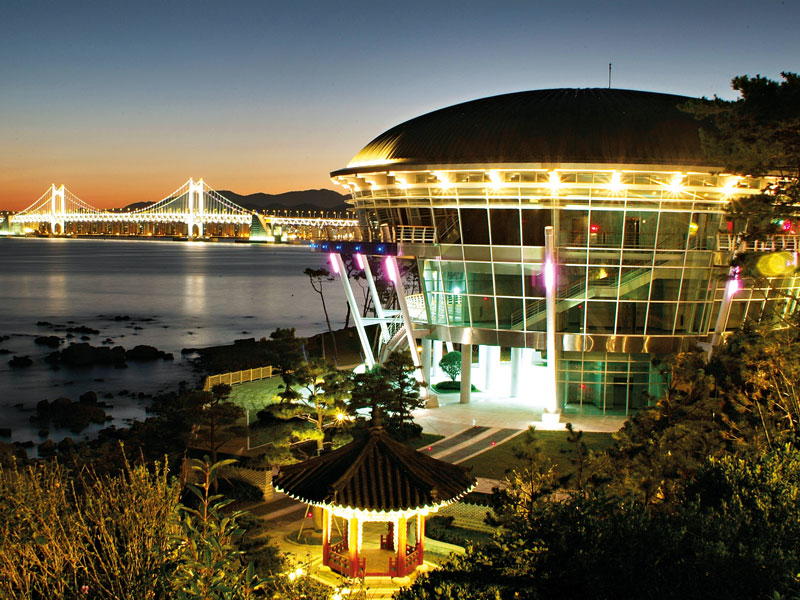 Busan is fast becoming a South Korean MICE hub. It is drawing in increasing numbers of visitors thanks to its diverse culture and wealth of convention facilities

In recent years, South Korea has built a name for itself as a choice destination for hosting events, from historic meetings with its neighbours to Olympic gatherings that unite the world. Contributing much to the country’s MICE profile is Busan, its principal port city. The busy regional capital offers a pleasing combination of historic traditions and ultramodern advances.

First-class convention facilities are located just minutes from sandy beaches and spectacular mountain trails. Serene thousand-year-old temples sit alongside some of the tallest residential skyscrapers in Asia, while shoppers can enjoy the luxury of the world’s largest department store or make exotic discoveries at a traditional Korean market. All of these experiences can be found within 10 minutes of each other, making the Busan business experience both efficient and enjoyable.

The city’s homegrown events also attract global audiences. October in particular is a festival-rich month, the centrepiece being the One Asia Festival, which combines live music with street entertainment and all-night partying by the beach. The Busan International Fireworks Festival and long-running Busan International Film Festival are other huge celebrations that place the city on the world stage.

Busan’s Haeundae district plays host to these and other high-profile international events throughout the year. The district’s largest venue, the Busan Exhibition and Convention Centre, provides 90,000sq m of space. The Bay 101 Yacht Club, situated by Haeundae Beach, Korea’s most famous beach, and featuring a clubhouse that can welcome up to 500 people, plays host to glittering offsite evening events.

Infrastructure expansion
Free Wi-Fi in the district forms part of ongoing efforts by Busan to upgrade its meetings infrastructure. Expansions to Gimhae International Airport will connect it to more than 100 cities worldwide by 2026, while urban regeneration projects are creating new tourism districts, as well as unique new venues.

These destinations include F1963, a wire factory that has been converted into an exhibition space, and an opera house that is currently under construction on the north shore.

Of particular note is the ambitious East Busan Tourism Complex. Scheduled for completion in 2019, the 3.66sq km complex will include luxury accommodation, a theme park, a shopping centre, sports and leisure facilities, and its own stretch of beach. Already open is the five-star Hilton Busan, offering a 977sq m ballroom with ocean views and a grand ballroom that can hold up to 1,500 people.

In addition to enjoying clean, sandy beaches, visitors can meet all of their retail needs at Shinsegae Centum City department store or explore more traditional shopping destinations such as Gukje Market and Jagalchi Market, the latter being the place to go for fresh seafood that can be eaten on the spot. A memorable 360-degree panorama of the city, its ports and its peaks can be enjoyed from Busan Tower in nearby Yongdusan Park.

The Busan Tourism Organisation aims to promote Busan’s appeal as a tourism and travel destination, as well as provide a range of services to assist local and international visitors to the city. The Busan Tourism Organisation’s MICE division promotes Busan as a highly competitive destination for meetings and incentives, while also offering a range of services including communications, site inspection, marketing and monetary support to meeting planners.