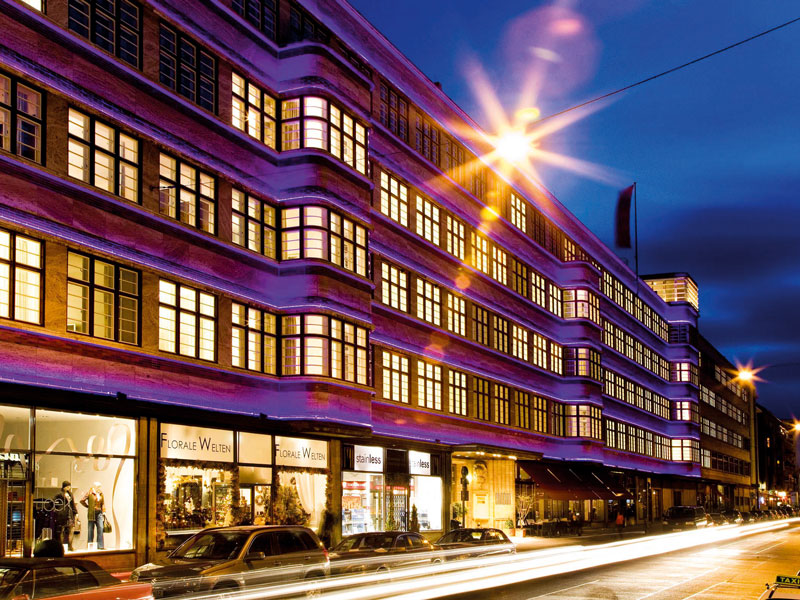 Situated in the middle of one of Europe’s most vibrant cultural hubs, the Ellington Hotel Berlin has all the trappings of both a superior business hotel and a relaxing getaway

Berlin has gained a reputation for being one of the liveliest and trendiest cities in Europe. In the sprawling German capital, known for its unpretentious charm, travellers can find Michelin-starred restaurants, renowned nightclubs and relics of a turbulent history.

Although the Ellington Hotel Berlin has been around for just over a decade, it is housed in a historic Bauhaus building. This building featured a dance hall that once hosted jazz stars Louis Armstrong, Ella Fitzgerald and Duke Ellington. After falling into disrepair at the end of the 20th century, the introduction of the Ellington Hotel’s 285 modern, minimalist rooms and suites brought the building back to life.

Location can make or break even the best of hotels for a business traveller; the Ellington Hotel succeeds with full marks on this front

Berlin is internationally recognised as a top spot for conventions, and the Ellington Hotel is equipped with nearly 1,500sq m of state-of-the-art conference and event space, plus 10 flexible function rooms. For special occasions, events can be held in the hotel’s wine vault, which stores around 300 different tipples.

Catering for women
One way the Ellington Hotel stands out is in its recognition and facilitation of a growing sector in the industry: more businesswomen are attending conferences and events. As women smash barriers and rise up the ranks in management positions, businesswomen are becoming an increasingly important target group for the hotel.

Currently, 19 percent of business travellers in Germany are women, but according to a study by AT Kearney, this figure is expected to rise to 38 percent by 2020. The Ellington Hotel already welcomes about the same number of men and women for business meetings or conferences at its hotel.

Some amenities at the hotel have been specifically designed for women, including its Ladies Empire Rooms, which were only developed a few years ago. These rooms are sanctuaries for travelling businesswomen, featuring special touches to ensure a relaxing evening, like cosmetic treatments, sleeping masks, footbaths, yoga equipment and more.

Convenience is key
Location can make or break even the best of hotels for a business traveller; the Ellington Hotel succeeds with full marks on this front. The hotel is centrally located in City West between the legendary Kurfürstendamm, or ‘Ku’damm’, shopping boulevard, the Tiergarten public park and the famous KaDeWe department store.

Its proximity to these sights, as well as to the striking Kaiser Wilhelm Memorial Church – a monument for peace and reconciliation and a symbol of rebuilding after the Second World War – makes it a convenient home base.

For an extensive shopping experience, guests need only venture as far as KaDeWe, which is located just around the corner, or the designer stores just a few paces away at Ku’damm. Six businesses are located directly in front of the hotel building, selling clothing and art from the Alpine region, comfortable and fashionable shoes, and specially tailored clothing for women, such as cocktail dresses, elegant suits and evening dresses.

A number of culinary hotspots are within walking distance of the hotel, and guests can also dine at the hotel’s own restaurant. Head Chef Florian Glauert creates traditional French dishes with a modern flair using high-quality regional produce, which he has named ‘cuisine logique’.

Jazz-inspired cocktails and drinks can also be enjoyed at the Ellington’s Duke Bar and Lounge. With an open and inviting atmosphere, it makes the perfect setting for a well-deserved drink after a day’s work.

In the summer months, the hotel’s beautiful garden is another place where guests can enjoy some downtime with a backdrop of live jazz music. Light dishes from Duke, coffee and cake and cocktails are provided in the open-air oasis.