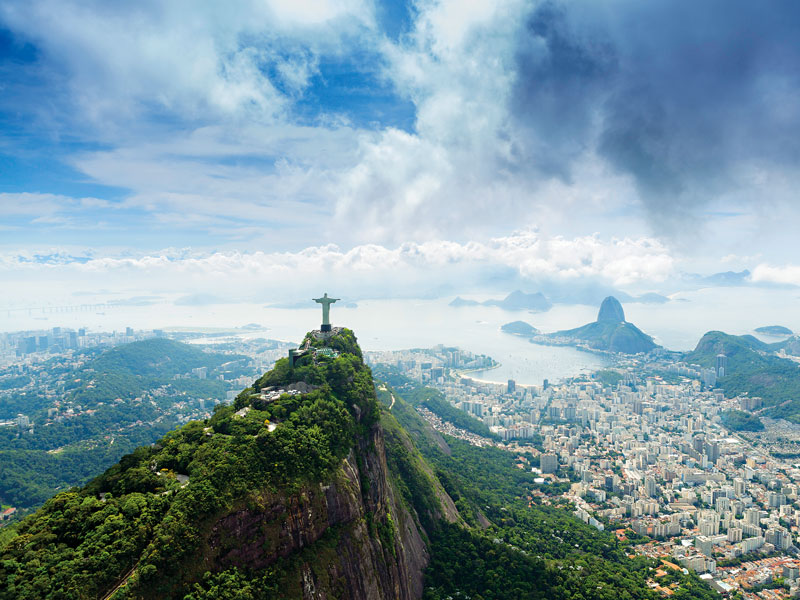 While Rio de Janeiro is famed for carnival celebrations and extravagant parties, this vivacious city is also becoming a home for business

Bigger than the entire continental US, Brazil offers impressive diversity as a travel destination. Throughout this dynamic country, there are unique experiences for all types of travellers: whether they are in search of gastronomical treats, culture, sun, sea or sport, Brazil has something for everyone.

Among the country’s many gems is its second most populous municipality, Rio de Janeiro. The area is home to the world-famous Carnival, which sees as many as two million people, dressed in the most elaborate costumes, fill the streets before Lent each year. Tourists from across Brazil and further afield flood the city in search of the festival’s characteristic vibrant colours, energetic dancing and soulful South American music.

Since the 2014 World Cup and 2016 Olympics, there has been a new impetus for public works projects

The festival – the world’s largest – dates back to 1723. It features more than 650 street bands, while the official parade involves hundreds of samba schools showcasing the dance, as well as the design of their ornate floats and costumes.

Easy-going and fun-loving
New Year’s Eve celebrations are also a delight in Rio. In fact, the city is considered one of the best in the world for ushering in a new year. The fireworks on display are simply spectacular, a worthy draw for the hundreds of thousands of partygoers that fill the legendary Copacabana Beach. Adding to the glamour, every person dresses in white, symbolising peace and prosperity.

The crowds start gathering from mid-afternoon and by 8pm the official party begins, with Brazilian musical legends and internationally renowned DJs making the night an unforgettable one. It is customary to head into the sea and jump over seven waves, making a wish each time.

Music is clearly the heartbeat of this pulsating city, further evidenced by the biennial Rock in Rio festival, which alternates between its spiritual home and Lisbon. With its own anthem, Rock in Rio is a giant in the festival world, featuring the biggest and best-loved musical talent out there. Though the line-up for 2019 has not yet been revealed, this year’s featured the likes of industry legends Aerosmith, Guns N’ Roses, Bon Jovi and Red Hot Chili Peppers.

Aside from its numerous world-famous events, the city itself has much to offer, including the Carioca lifestyle. This means dressing casually, frequenting the beach, socialising with friends any day of the week, working out, loving the sun, and hating the cold. Indeed, this way of life sums up the city – easy-going and fun-loving.

Time for business
Thanks to its large-scale events and numerous attractions, including one of the New7Wonders of the World – Christ the Redeemer – Rio is becoming a hub for business. Firstly, transportation is a breeze, with an international airport located less than 20 minutes from all the biggest hotels and conference centres in the city. Indeed, there are numerous event spaces to choose from, offering a wide selection to meet any event organiser’s needs.

The city centre is also home to a plethora of restaurants, ranging from the modern and stylish to the traditional and homely, all in proximity to one another, an ideal set-up for business travellers. When it’s time to take a step back, visitors can revel in the mountainous landscape; 25 percent of Rio is covered in lush greenery, making it a space of beauty, as well as convenience.

Since the 2014 World Cup and 2016 Olympics, there has been a new impetus for public works projects, which are changing the face of the city, making it one of the region’s most sought-after investment opportunities. As such, Rio is no longer just a hub for tourism – it’s becoming one for business too.