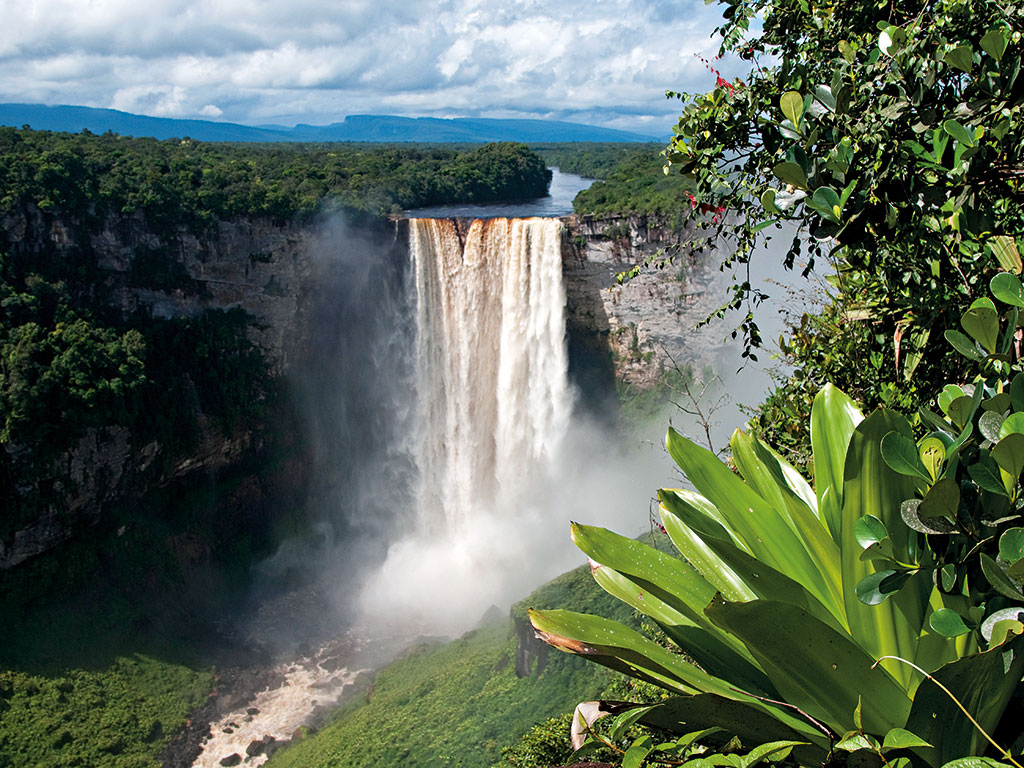 Brimming with natural wonders and a culture with roots from all corners of the world, Guyana promises to provide a breathtaking experience

Rich in natural beauty and virtually untouched by humankind, Guyana, located on the northern coast of South America, is home to an array of nature’s treasures: exceptional birds, unusual wildlife, conserved rainforest and welcoming indigenous and multicultural people with a fascinating story to tell are just some of the riches that await in this vibrant yet serene corner of the world.

Spanning more than 16 million hectares, Guyana’s pristine rainforest is one of the last tropical frontier forests in the world. Scenic landscapes span the length and breadth of the country, from Kaieteur (one of the world’s longest and most powerful single drop waterfalls) to the towering Mount Roraima in the North Pakaraima mountain range. An estimated 300 waterfalls can be found dotted throughout the rainforest, some of which have their own natural hot tubs for visitors to relax in.

Nature’s riches
For the conservationist, endangered turtle species including the leatherback can be found along miles of seashell-covered beaches on the country’s northern coast. These amazing creatures can be viewed during the months of February to July, laying hundreds of eggs before continuing their journey into the Atlantic Ocean.

Furthermore, with more than 878 bird species from 79 families, Guyana has emerged as one of the top neotropical birding destinations. Avid birdwatchers and curious visitors can spot the rare blood-coloured woodpecker in the capital’s bird sanctuary, the prehistoric hoatzin (the national bird of Guyana), the magnificent harpy eagle, the sun parakeet, the colourful Guianan cock-of-the-rock, and dozens of species of tanagers, parrots, toucans and other star birds.

Guyana’s rich and diverse ecosystem makes it one of the world’s top wildlife spotting destinations. Known as the ‘land of the giants’, visitors are sure to spot several giant species in the animal kingdom during their trip, including South America’s largest cat, the jaguar; the world’s largest scaled freshwater fish, the arapaima; the world’s largest anteater, the endangered black caiman; and the giant river otter. Far-reaching roots
Several of Guyana’s indigenous communities offer enriching community-based tourism (CBT) experiences, which allow visitors to immerse themselves in the authentic, traditional native lifestyle. Guests are given the opportunity to catch their own meal by fishing or hunting with a bow and arrow, and spend the night sleeping in hammocks under the forest canopy or in thatched-roof benabs. During these experiences, the friendly people from the nine distinct tribes share their traditions, culinary delights and rich cultural practices.

Often referred to as the ‘land of six peoples’, Guyana’s rich history has created a melting pot of cultural diversity, housing people of Asian (Indian and Chinese), African, European and Amerindian descent. Guyanese culture, music, cuisine, architecture and religion reflect this wonderful blend of diverse roots. Favourite dishes in Guyana are ‘pepper pot’ (a dish made from cassareep, a by product of the cassava root), Metemgee (a blend of ground provisions in coconut milk) and madras and bunjal curries.