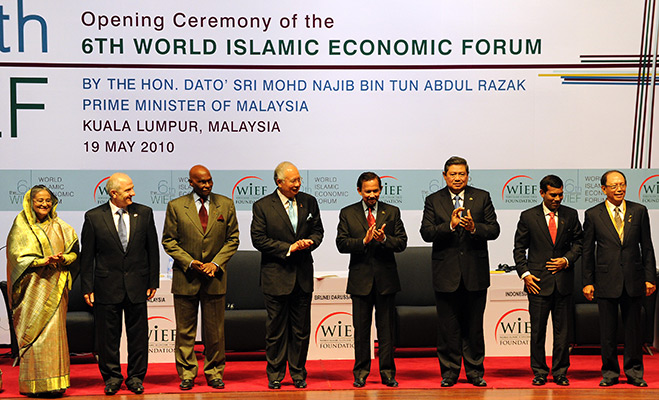 Some have compared the Arab Spring to the fall of the Berlin Wall, when Eastern Europe joined the rest of the world. Just as the collapse of communism recast Eastern Europe, both in political and business terms, so too can the Arab Spring serve as a watershed moment as vibrant market economies emerge from the rubble of revolution. It is the collective role of our global community to nurture these green shoots of recovery and ensure that they take hold and flower for the benefit of all.

The Arab world’s young entrepreneurs are living in a new world, and they are surrounded by a steadily blossoming market. While much has been achieved since last year’s Arab Spring, the possibilities are endless. As the countries emerging from the protests begin to introduce new laws, government and civil society, so too will come new opportunities.

Business is progress
However, it will be business that serves as the engine for continued social and economic progress. Microsoft, for instance, has created an Egyptian outsourcing business, which employs 65,000 people and generates more than $1bn every year. And food giant McDonald’s has three times more customers in the Arab world than it does in the whole of Europe.

The best chance for the Arab and Muslim world is making sure that these encouraging green shoots don’t fail and that we all capitalise on a historic opportunity.

There are approximately 1.8 billion Muslims in the world and it is undeniable that the Muslim consumer segment represents a significant opportunity for businesses and marketers. The younger demographic, especially, has the potential to bear great influence on the future of the world economy and can be harnessed through increased understanding of these opportunities which will boost the confidence of investors and the resources they put into tapping this market.

A new generation
Opportunity lies with the so-called ‘Futurists’ – young Muslims who are educated, confident, engaged, discerning and consumption-savvy. The new generation of Muslims share timeless religious values and actively emphasise success and pride in defining who they are; they see their belief in Islam as a tool to bring positive change.

Take Abeer Al-Azzawi as an example. A Canadian Muslim in her twenties, she decided to launch her own line of practical, stylish hijabs online. These outfits are both functional and true to her faith, and include ‘sports hijab’ and ‘cold-weather hijab’.

Another good example is the growth of the Islamic banking sector and the Halal food industry; Muslims have spent $2.1trn on the halal economy, with $500-600bn on food and halal-related products. It is incredible to see how these markets have developed and continue to grow. And more will follow.

Both Muslims and non-Muslims can benefit from Islamic finance as, by principle, it aims to be a more transparent and fairer system. Many of the instruments or investment methods that have contributed to the financial crisis – such as short selling or non-asset-backed derivatives – are not permitted by Sharia.

Abdul Muktadir, the Deputy Governor of the State Bank of Pakistan, recently said that the spirit of Islamic finance is the way forward that may help the global financial system to recover and regain the lost trust of stakeholders. As it stands, the global market for Islamic financial services is said to be on the threshold of strong growth. Kuwait, for example, expects Islamic banking to grow at more than double the pace of conventional banking within their local industry. The same trend is expected in Egypt and the Arab nations.

Breaking boundaries
Potential collaborations exist in all sectors. While the halal and Islamic finance industries are well established and continue to offer significant business prospects, the growth of start-ups in the Muslim world is reflective of the broad range of opportunities.

In Beirut, for instance, there has been a host of new start-ups such as Cinemoz, which provides access to the Arab world’s largest online library of films and TV shows. In Dubai, a specialised news service, Diwanee, has been created to provide internet articles in Arabic for women. In Malaysia, the annual private sector-driven World Halal Forum and MIHAS Exhibition enables those in the global halal industry to trade and meet.

The truth is that business doesn’t and shouldn’t recognise borders, ideologies, race or religion. It’s all about the opportunities and this is why the World Islamic Economic Forum (WIEF) Foundation invites a spectrum of companies, governments and individuals to work with us for the future economic wellbeing of our world.