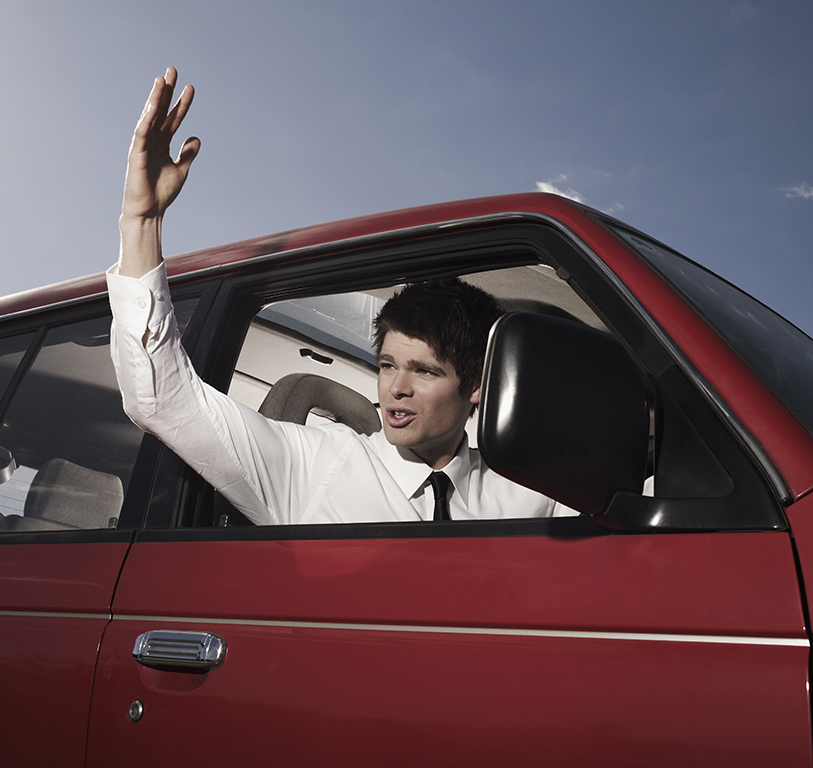 In Shakespeare’s Henry VI, Part Two, Dick the Butcher, discussing his would-be Utopian society, makes the memorable remark: “The first thing we do, let’s kill all the lawyers”.

The truth is everyone has a certain group or profession that, come the revolution, they’d like to metaphorically line up against a convenient wall and mow down with a machine gun.

Auto annoyance
I’ve got mine – and it’s not those people in funny wigs and gowns, or their solicitor colleagues who charge £450 plus VAT for an hour’s consultation over some trivial domestic matter. Nope. In my fevered imagination the blindfolded last-cigarette bunch against the wall will be the bosses and employees of the car rental companies, who have become the Mafia, Cosa Nostra and Taliban of business travel rolled into one mendacious cash-gouging, rude, and grossly inefficient conspiracy.

Why a selection of these corporate thieves has not been sent to jail pour encourager les autres is a mystery to me and anyone who has ever rushed hopefully from baggage claim to pick up a car, only to face a Kafkaesque nightmare. I’ve been ripped off and lied to all over the Western world by car hire companies, and I’m sick and tired of it. (And why, God help me, in the age of computers, do they still slowly fill out carbon-copy forms with a ballpoint pen and have you sign?)

But to the grouse: I had to be in Carcassonne on August 21, the peak of the French holiday season, so I intended to book well in advance. In late June I trawled all the major national car hire companies: to my horror , nothing. I went to easyCar – one of the rental websites that offers to search around for you. Voila! Europcar could give me a vehicle upon my 10am arrival. Mmm… strange that, since Europcar’s own website claimed they didn’t have any cars that day. Nonetheless I booked, paid, and easyCar took the money from my credit card.

With a suspicion born of decades wrestling with these shifty hucksters, I called Europcar two weeks before departure. It was as though I’d said my name was Rudolf Hess and did they have a reservation for that Messerschmitt 109 for my planned trip to Scotland? Car? Car? Not the faintest idea what you’re talking about squire.

A queue of weary passengers stood in the dust, wilting at the tiny Europcar shack

I went back to easyCar. “Ah, you see Europcar is also Alamo, and it seems it’s booked with Alamo not Europcar, although they work from the same desk at Carcassonne airport.” (There’s a bitter joke among American businessmen: “Always remember that the Alamo was a defeat.”) So easyCar re-emailed me my confirmation followed by two more email re-assurances including copies of the exchanges between themselves and Europcar (which is to say, Alamo, via Europcar, which is the same – only different).

Inevitable disappointment
A queue of eighteen weary passengers stood in the dust, wilting under the hot sun at the tiny Europcar shack outside the airport. After an age it was my turn, and the French woman with the de Gaulle-in-exile attitude reached for my file. They certainly had a car for me – at 4pm. Er, non, I countered, at 10am.

I showed her my reassurances from easyCar and Europcar (Alamo) clearly stating the correct time. But this woman was as impregnable as the Maginot Line, and unlike those fortifications she couldn’t successfully be bypassed. I asked to see her manager. An unsmiling colleague next to her identified herself, and with a shrug repeated that the reservation was for 4pm and they had no cars until then. But I had an appointment at noon, 55km away! Much like Edith Piaf this woman’s attitude was, ‘Je ne regrette rien,’ and I began to sympathise with the people who burned Joan of Arc. So I had to go to Enterprise next door and rent another car for six hours at €90. I eventually screeched away late, hot, thirsty and angry, and had to come back at 4pm to pick up my original car.

Back home easyCar blamed a ‘systems error’ and promised to look into it and get back to me. But, let’s face it, the national car hire business has become both an almighty mess and a gigantic worldwide rip-off. It’s time for them to either clean up their act or have the law do it for them. Or, we customers might just start shopping for second-hand machine guns and a gross of blindfolds.