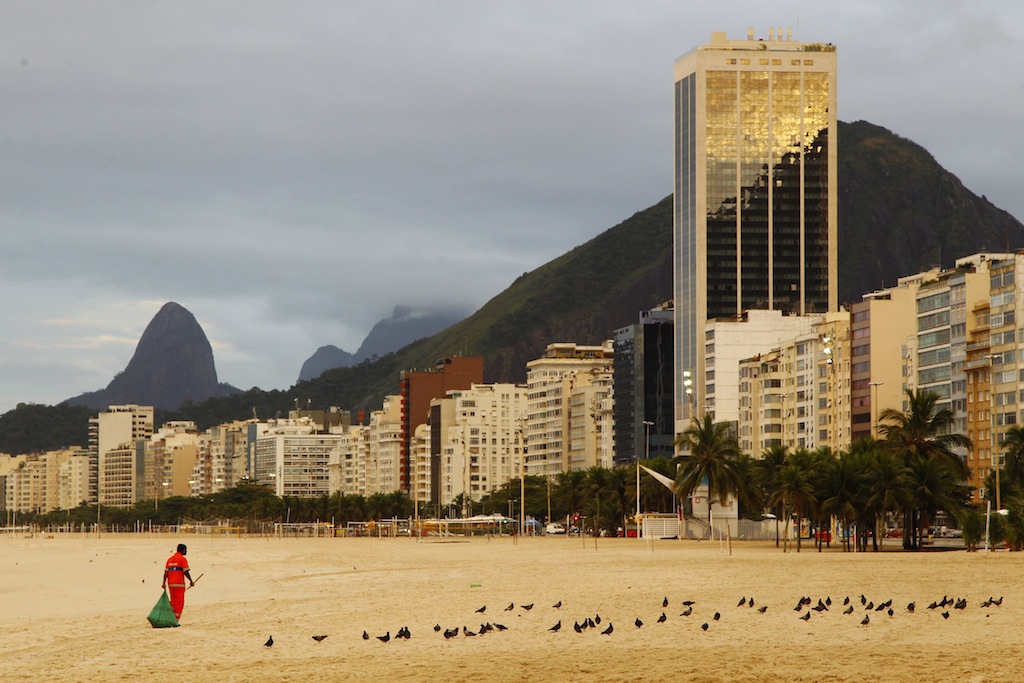 It is official: Brazil is one of the best countries in the world to host meetings. For the fifth year running, Brazil has retained its top ten place in the International Congress and Convention Association’s country rankings. The 2011 report ranks Brazil in the seventh position globally and number two in the Latin and North America region. Brazilian cities also faired well, with Rio de Janeiro and São Paulo retaining positions in the top 35 global list.

So what is it that sets Brazil apart as a potential meeting destination? The reasons are numerous: state-of-the-art-technology; first-class hotel infrastructure; superb food, entertainment and shopping. This is why planners, organisers, investors, entrepreneurs, executives and clients are all finding great opportunities in Brazil. Meetings, corporate events, seminars, congress, symposia, trade fairs and incentive tourism are all on the up – and as they often say in Brazil – “your business is our business”.

Brazil has been in the international and event tourism business for quite some time and has decades of experience in servicing the MICE segment. It is easy to understand why – with a potential market with more than 170 million people in predominantly urban and modern industrial areas – it represents a huge opportunity. Featured here are a number of Brazil’s stand-out cities:

Rio de Janeiro
Rio de Janeiro state, located in the southeast of Brazil, is one of the country’s most popular postcard destinations – with sights such as famous beaches, the statue of The Christ (one of the Seven Wonders of the World) and ‘Sugar Loaf’ mountain. Furthermore, if you are an events organiser looking for a modern destination with a sophisticated infrastructure, Rio is one of Brazil’s best options.

The city is the headquarters of many major Brazilian companies and boasts one of the largest conglomerates of media and communication companies in South America. This is in addition to being one of the largest centres of research and development in Brazil, and home to many universities and institutes.  What’s more, Rio de Janeiro is perfect for business travellers who want to work whilst enjoying the natural beauty of the city.

São Paulo
Located in the southeast of Brazil, São Paulo is the largest city in the country and is regarded as its business capital. The whole state of São Paulo is brimming with great restaurants, a lively night life and flourishing cultural pursuits. In fact, these attractions, together with a visit to the coast, often tempt business visitors to prolong their stay.

In São Paulo, food is important – very important – and will most likely form a large part of your business trip. Connoisseurs of dining out are rarely disappointed: From the ‘Boutequim’ bars to the most sophisticated restaurants in the Jardins District. Travellers can sample anything from delicious savoury snacks, pasta served in the famous taverns and the international à la carte menus – the cuisine of São Paulo reflects the city itself – varied, unprejudiced, and totally cosmopolitan.

A great area to base oneself is the Avenida Paulista, which is home to around 30 percent of São Paulo’s financial district. The avenue is a favourite place with the city’s residents and it is virtually impossible to visit São Paulo without walking along it.

Salvador
Located in the Bahia State, Northeast of Brazil, Salvador is also highlighted in the ICCA’s ranking and is also now a hub for international tourists. Famous for its history and the legacy left by people from other continents, its cultural miscegenation, religious syncretism and hospitality for its people, the capital of Bahia attracts visitors from all corners of the globe.

The streets of the historic centre of Salvador, considered as historical world heritage by UNESCO, take one back to the beginnings of Brazil’s history. The excellent tourist guides, who possess an in-depth knowledge of the local culture, explain how colonisation developed in what was formally the first city of Brazil. Until 1763, Salvador was the capital of the Portuguese Crown in the Americas, and was also the main port in the southern hemisphere up until the 18th Century.

Today the city brims with people who are happy, creative and musical – heirs of the rich folklore and cultural manifestation that have taken place here. So much so, that the city is considered the cultural capital of Brazil and will certainly be an inspirational place for business travellers to visit.

Brasília
When it comes to events, Brasilia, located in the Federal District, is hard to beat. Found in the Midwest of Brazil and considered a World Historical Heritage site by Unesco, it is without doubt a destination of excellence in the business and events market. The city has many convention centres located a mere ten minutes’ walk away from the city’s hotels, which is highly convenient for holding meetings.

When it comes to hosting congresses and fairs in this city it’s hard to know where to start. One highlight is the Ulysses Guimarães Convention Center. This charming space is capable of hosting events of any size and has an auditorium that can seat up to 9,000 people. As for bed space, a business visitor has over 18,000 options to choose from as national and international hotel chains are all represented in the city.

Florianopolis
Located in Santa Catarina, in the south of Brazil, Florianopolis is also ranked by the ICCA. It is a destination of natural beauty, with a wonderful and diverse coastline that makes it possible to enjoy surfing, windsurfing, sailing or fishing. Furthermore, the city is considered as one of the most important leisure and tourism destinations of the country because of its hotels and convention centres infrastructure. This also means that you can conduct your next event seamlessly and in the highest quality venues. All of these characteristics make Florianopolis a great place to host your event but also a great place to take a few days off to rest and relax.

Porto Alegre and beyond
Last but not least is the city of Porto Alegre, located in Rio Grande do Sul State, in the south of Brazil. Boasting a variety of cultural, historical and ecological attractions alongside a cuisine that is renowned for its quality and variety, Porto Alegre is also a great place to hold any business event. Other Brazilian cities recognised in the ICCA report were Recife, Pernambuco State, Curitiba and Foz do Iguaçu, Paraná State, and Ouro Preto, Minas Gerais state; all of which have their own individual charms. So when planning a meeting, event or conference, does one really need to look further than Brazil? Probably not.