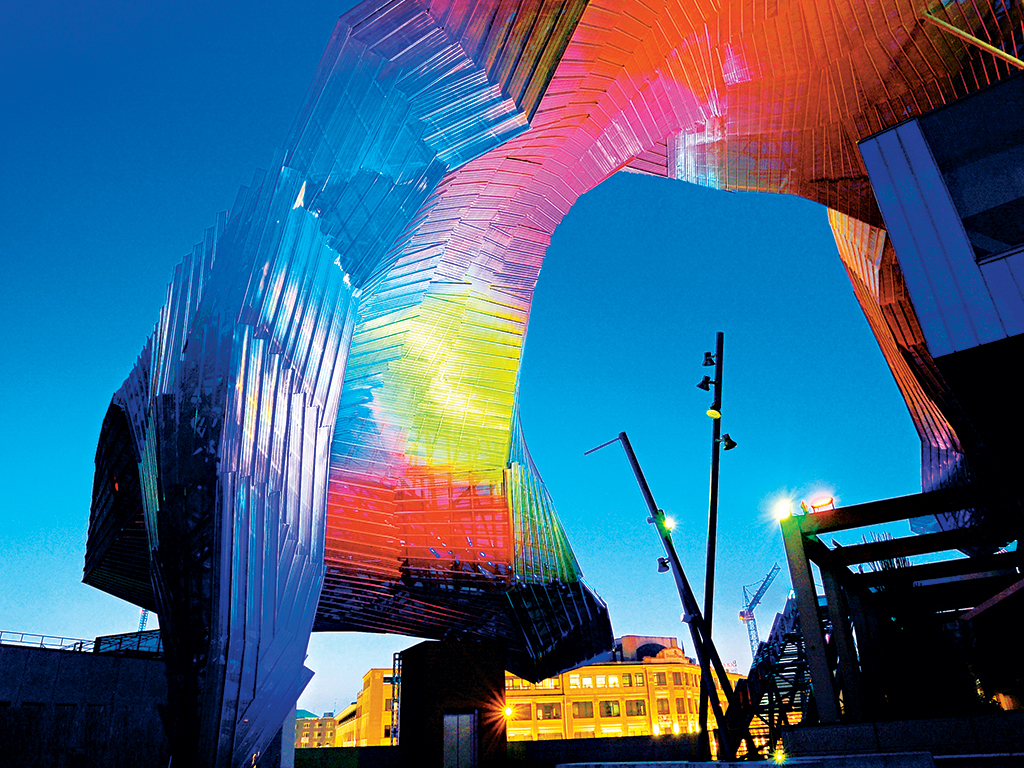 The main entrance of MiCo, one of Europe's largest convention centres. The venue's world-class facilities and convenient position makes it perfect for international business

For the past seven years, Milan has been preparing to welcome some 20 million visitors and 130 official exhibitors to Expo 2015. The not-for-profit exhibition, which will run from 1 May to 31 October, will be a momentous event, not only revealing the beauty of the city but also, due to the chosen theme of ‘Feeding the Planet, Energy for Life’, examining several fundamental global issues. The idea of nourishment is one that Expo 2015 will embrace, commencing with a showcase that will both highlight the cultural traditions of the participating countries and present the laboratories that have been researching new technological applications.

A rich history
For Milan, Expo 2015 is a stage from which testimonies of the city’s rich history can be communicated to millions of guests. From its Roman and medieval ruins to its Rinascimento and Baroque jewels, Milan is a harmonious fusion of many different eras. Its crowning magnificence can be found in the spectacular Piazza del Duomo and the area surrounding the Sforzesco Castle – but surprises can be found everywhere. Churches of rare grace, majestic galleries and patrician houses with secret gardens amaze even the city’s own residents day after day.

Milan has been transforming itself for the past decade. Timeworn areas in the city centre have been redeveloped; breath-taking skyscrapers have been constructed; and work has started on two new subway lines beneath the city’s cobbled streets. The International Highrise Award was also awarded to the city’s Vertical Forest project in 2014: designed by architect Stefano Boeri, the project is an impressive example of symbiosis between nature and architecture. Two residential towers house 800 trees, 5,000 shrubs and 11,000 perennials and carpeting plants between them – in total, over 20,000sq m of vegetation.

Radical developments
Further radical architectural operations include CityLife; a residential and business district that will house the Arata Isozaki Tower (the tallest in the city, at 202m) and residential complexes designed by Zaha Hadid and Daniel Libeskind upon completion. This area is also home to one of the largest congress centres in the world: Milano Congressi (MiCo), which was established in 2011 as an independent derivative of Fiera Milano, boasts a complex and dynamic structure as designed by Italian architects Mario Bellini and Pierluigi Nicolin.

Sustainability was made the centre’s distinguishing trait – from the air conditioning system to the floors, all materials, technology and lighting used are completely recyclable and intended to save energy. Almost 20,000 seats are available across 64 modular rooms, with facilities including production and interpreter booths, an auditorium with outstanding acoustics, 54,000sq m of supporting exhibition space, new-gen lights and LEDs, and exceptional catering services that promise to provide some of the very finest Italian cuisine.

Focusing on large international conventions and specialising in medical congresses, MiCo boasts a capacity unrivalled across the rest of Europe. As such, the centre’s position as one of the biggest players in the convention industry has helped to promote Milan as an international conference destination. In 2014, MiCo took centre stage in European politics when it hosted both the six-month mandate of the Italian presidency and the 10th annual Asia-Europe Meeting (ASEM) in the same year. The ASEM forum saw participation from the European Union, Association of Southeast Asian Nations (ASEAN) and a series of other countries, including Australia, China, Korea, Japan, India and Indonesia.

MiCo, supported by its enviable facilities and a series of overwhelming successes, is frequently hailed as the ultimate conference venue. Buoyed by its first class location in the opulent city of Milan, where it is served by three international airports, MiCo is a natural and convenient crossroads for markets in Northern Europe, the Mediterranean and the Orient.