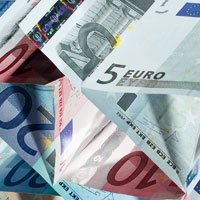 The Euro is currently so important a subject – and so complex a subject – as to deserve the historical appellation question; it being, in terms of the demands it makes on European statesmen and women, the modern successor to the likes of the Eastern Question which exercised their imperial predecessors over a century ago. There are a number of approaches that can be taken to consider the issue: the natures of the bloc’s constituent members’ economies, the importance of its role as a political project, or broader geopolitical aspects, among others. A consideration of all of these helps us to better understand the nature of the issues facing the currency and, consequently, affecting those within it, as well as those, such as the UK, with a vital interest in its future.

First we might consider why the currency is under stress, and how these stresses, both political and financial, interplay with one another, as well as feedback on each other. European states are experiencing sovereign debt crises, that is to say they contracted too much debt when the global economy was – seemingly – benign, which, in the very different post-crash environment, is more expensive to support. Consequently the fiscal burden is greater, and the problem is compounded by a reliance on further debt – the structural deficits of which we hear so much – to sustain spending, predominantly on social programmes. This dynamic is best exemplified by Greece and Portugal, though prevalent throughout the euro zone, and indeed, you might argue, in Britain’s case, beyond.

The euro ostensibly placed such states in a fiscal straight jacket. In order to join they had to adhere to set fiscal criteria, except they didn’t. The rules were bent to allow Italy in the first place. This approach was also attested to by the lax financial management of the PIGS, Portugal, Italy, Greece and Spain. Markets offered to lend on the assumption that such states now had German levels of fiscal responsibility, and, rather than embarking upon economic policies aimed at making themselves more competitive they splurged on preferential spending for public sector workers’ pensions and pay. For their part, the Germans, the possessors of Europe’s strongest economy, had access to an expanded market. The situation the euro now finds itself in, however, is causing political difficulties for the German government. German public opinion is increasingly hostile to their country’s continuing issuing of blank cheques. Coincidentally the biggest the country has offered since that to Austria-Hungary in 1914. to spendthrift neighbours. Frau Merkel is experiencing stress within her coalition government, and the governing parties as a whole are significantly behind the opposition.

We might alight on the nature of decision- making within the European Union. The watchwords here are consensus and unanimity. Here the difficulty of a fiscally responsible, competitive north versus an indebted, uncompetitive south makes itself apparent. Add to that the fact that the political capital being expended by the various states is over bail-outs, which do not solve the problem, merely buy time for it to be solved, either via – as, depressingly, seems less likely – growth, or – seemingly more likely – default, be it technical or actual. Default is difficult, in the sense that any state which did default would be hammered by the markets; one economist set out the likely conditions of a Greek default as being conditions that can best be described as Greece joining the Eastern Bloc, capital flight, the inability to secure any significant lending, if any at all, and martial law. It might well be that should any state leave the Euro, reinstitute its own currency and devalue, in the long-run it would be in a better position; the devaluation serving to make it more competitive. This is a strictly economic reading of the matter, however, the Euro is not only a common currency it is also a political project, which is where irrationality creeps in.

It is interesting that the major decisions, whether on underwriting the European Financial Stability Facility (EFSF), or bail outs, or any European Central Bank purchase of bonds, ultimately depend on decisions made in nation state capitals. In addition to decisions arrived at, or deals made by, figures such as Merkel and Sarkozy, or any other European leader you may care to name, the various European Presidents, Van Rompuy, Barroso, or Jean-Claude Trichet, among others, really only have a cajoling, or persuading role in proceedings. In short, their role as Eureaucrats according with a culture designed by the European project’s pre-eminent founding father Jean Monnet, as well as the importance of certain of the constituent nation states, and the scale of the crisis the euro is presented with, necessarily limits what they can achieve. Trichet, himself, the President of the European Central Bank is due to be superseded by the respected erstwhile head of the Bank of Italy Mario Draghi at the end of next month.

Each stage of Europe’s collective economic response to the sovereign debt crisis has been undermined by the nature of Europe’s decision-making, markets acting faster than the time frame it takes for cajolery to take effect, and the fact that when decisions are finally made, the money allocated seems never to be enough to placate the markets EU leaders are seeking to mollify. It might also be said that failure to stanch the flood at Greece would lead, and indeed has led, to renewed pressure on other exposed European states, Italy the Euro’s third-largest economy among them, while French banks have also recently suffered pressure.

What of the euro’s status in the wider global economy? The dollar is pre-eminently the major reserve currency, though the euro also has an important role in this regard. At a time of general European austerity and retrenchment, however, it will not be playing an expansive role for the immediate future. Britain does have a vested interest in it as an economic project, being a trading nation, with its major trading partners in the euro zone, and also having its own native economic problems, would prefer to avoid any great shock, especially at a time when the global economy itself is so fragile.

What might we see? Some fracturing of the euro seems to be a distinct possibility, to borrow an idea from German history we might see, post-crisis, a Klein, as opposed to a Groß, euro, that is to say a currency reduced in size to the competitive northern European economies, possibly as a result of the strains of the sovereign debt crisis a currency under a more unified economic management there has been talk of a European treasury secretary, although this brings us back to the political import behind the currency, problematic for Britain’s traditionally Europhobic political culture. Crises, like hanging, tend to concentrate the mind wonderfully, and, in the current state of the euro, our political classes truly do have a question to think about.