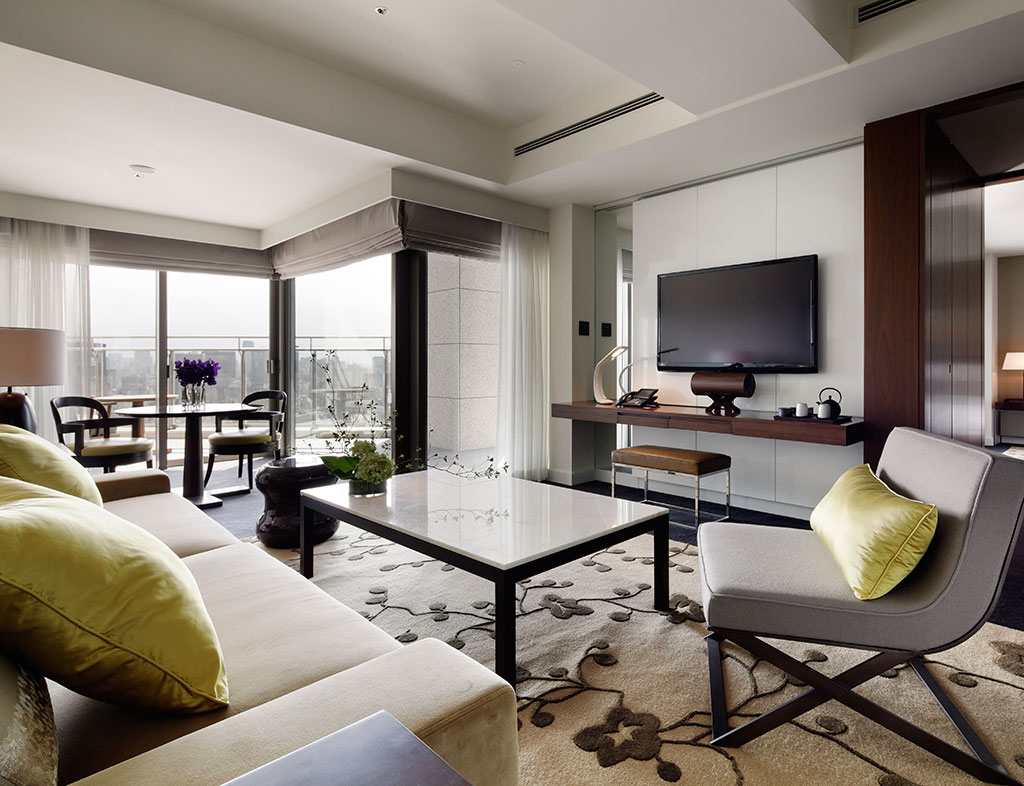 The Palace Hotel Tokyo reopened last year following a meticulous rebuild. The original Palace Hotel, established in 1961, was built as a symbol of Japan’s modernisation and a raft of international dignitaries attended its celebratory inauguration reception. The hotel maintains a strong sense of history, overlooking the Imperial Palace Gardens and its connected moat, and offering guests exquisite views of Tokyo city centre.

Inside, you’ll find a contemporary take on the traditional Japanese interior. Nature-inspired colours and subtle patterns adorn minimally occupied rooms. Balconies and terraces accompany most of the rooms and are a welcome spot from which to take in the Imperial Gardens. Glass-walled bathrooms, walk-in wardrobes and a sophisticated minibar complete the comfort of each room. Suites are highly recommended for the corporate traveller, but with a business centre located on the 19th floor there is always enough space and the right equipment to complete any important work. The hotel will soon be introducing bespoke business packages.

Palace Hotel Tokyo even has a futuristic spa, the first of its kind in the city. Peaceful lounges, a marble sauna, reclining baths and treatments drawing on traditional Japanese seitai trigger point work, ensure every guest leaves totally relaxed.