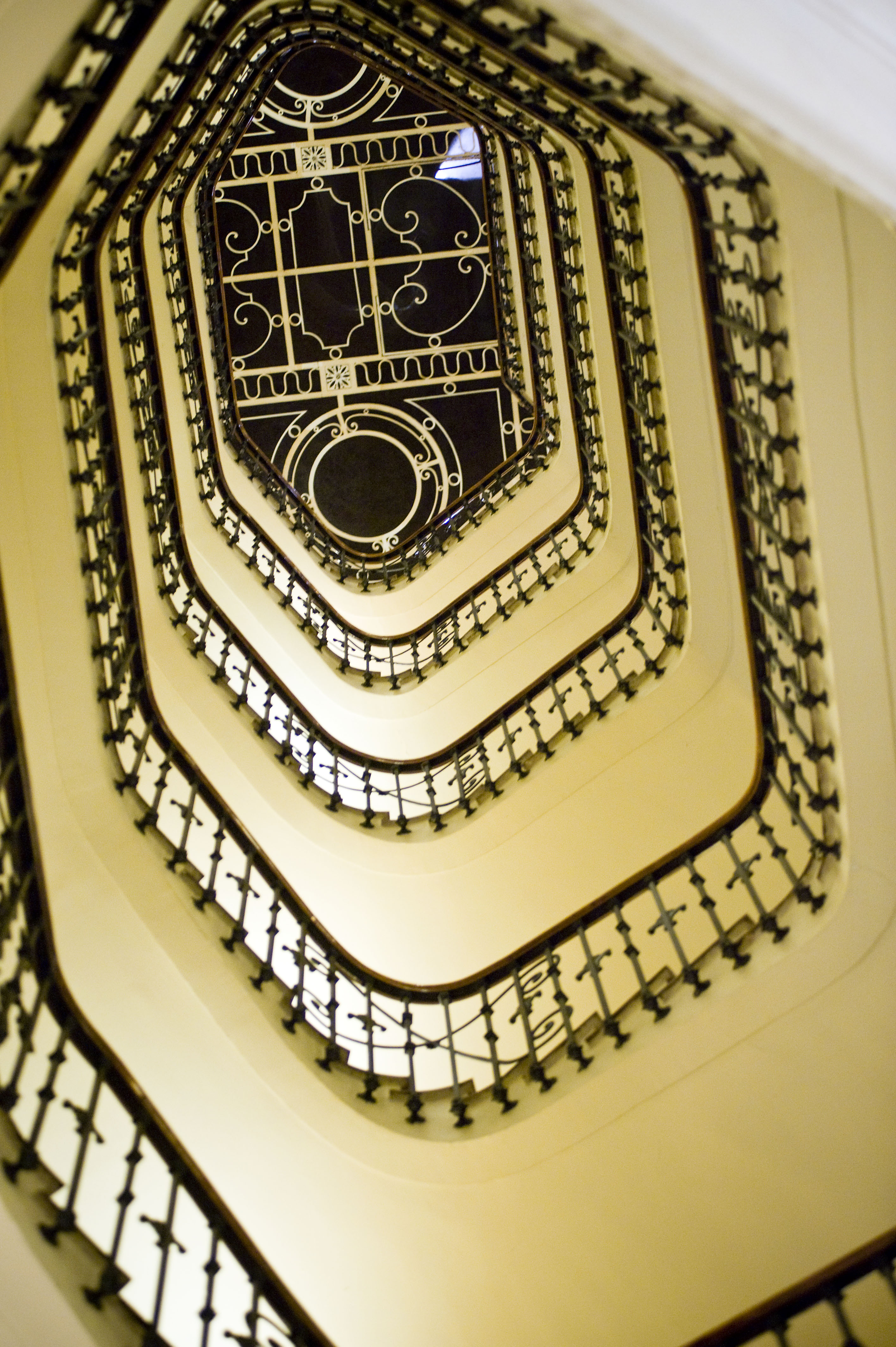 In the 18th Century, it became fashionable to be at one with nature; the mountains, the sea and the waterfalls had never been so present. With the July Monarchy, many seaside towns underwent a transformation and alongside Trouville and Biarritz, Cannes, a small fishing port, became a seaside holiday resort. Around 1865, the arrival of the railway announced an important expansion for the town, the clientele became international and La Croisette acted as a backdrop for a parade of personalities from royalty and the arts.

Towards 1910, each well-known seaside resort acquired one or even a few “palace” hotels.

Nice built the Negresco, Cabourg the Grand hotel, Trouville the Trouville Palace. In Cannes, the architect Charles Dalmas, a student of Victor Laloux, was commissioned to build the Carlton, a task to which he devoted himself to from 1909 to 1913.

The magnificent front of the Carlton became a monumental reference point in the city landscape of Cannes, recognised throughout the world. The corners, with their distinctive conical domes, dominate the Croisette. The main façade is set out in a symmetrical fashion whilst the exterior is adorned with cornices of flowers and figurines and the entire building was painted white.

Since 1989, the edifice has been registered at the inventory of ‘Monuments Historiques’, and in 2001, 18 months of work aiming to restore the façade to its original conception was competed at a cost of s7m. Since then the domes have recovered their splendour; the natural slates are shining again and the hotel has regained its spectacular panache.

Rooms & suites
All sea view rooms and suites of the Carlton InterContinental have been renovated (approximately 200 rooms out of all 343 of the Palace). The likes of Grace Kelly, Gary Grant and Alfred Hitchcock have filmed several scenes at the Carlton. These include ‘To Catch a Thief’; the cult film that inspired Nicholas Papamiltiades, a young interior designer from Paris, who recreated the glamorous Hollywood cinema ambience in the rooms of the Carlton.

An elegant and refined decoration for those premises is still marked by the footprints of the biggest names of the cinema, such as Orson Welles, Gary Cooper, Liz Taylor, Alfred Hitchcock and many others. Here, everything is luxurious, elegant and refined – a place full of glamour and allure – sobriety with a hint of sophistication. Pure lines, noble materials, harmony of colours – everything evokes luxury which carries itself to the balcony where the infinite blue of the Mediterranean Sea catches everyone’s eye. As a tribute to the Cannes Film Festival, the Carlton has also named some of its most prestigious suites after the Presidents of the jury who have followed one another over the years.

Bars & cuisine
Located in the lobby, the Carlton Bar owes its name to the numerous stars that make this their favourite meeting place during the film festival. Overlooking the Croisette, the famous Carlton terrace is the ideal place to enjoy a delicious cocktail while watching the most magnificent Mediterranean sunsets. It also serves as an ideal place to admire the fireworks during summer nights. The Carlton terrace also welcomes you for breakfast, lunch and dinner.

Additionally, The InterContinental Carlton Cannes has just completed renovation of its wine cellar. It has treated its wines to facilities that are perfect, both technically and aesthetically. Here, superb old barrels serve as tables and walls disappear behind vast wooden racks and every now and again, this handsome setting hosts wine-tastings.

Chef Laurent Bunel provides guests with sumptuous feasts from his kitchen that would be the envy of any chef. These are created from years of experience in renowned establishments including ‘Le Chabichou’ at Courchevel, ‘l’Hotel du Golf’ and ‘Le Royal’ in Deauville, Bernard Loiseau’s restaurant, and ‘Le Saint Géran’, located in Mauritius.