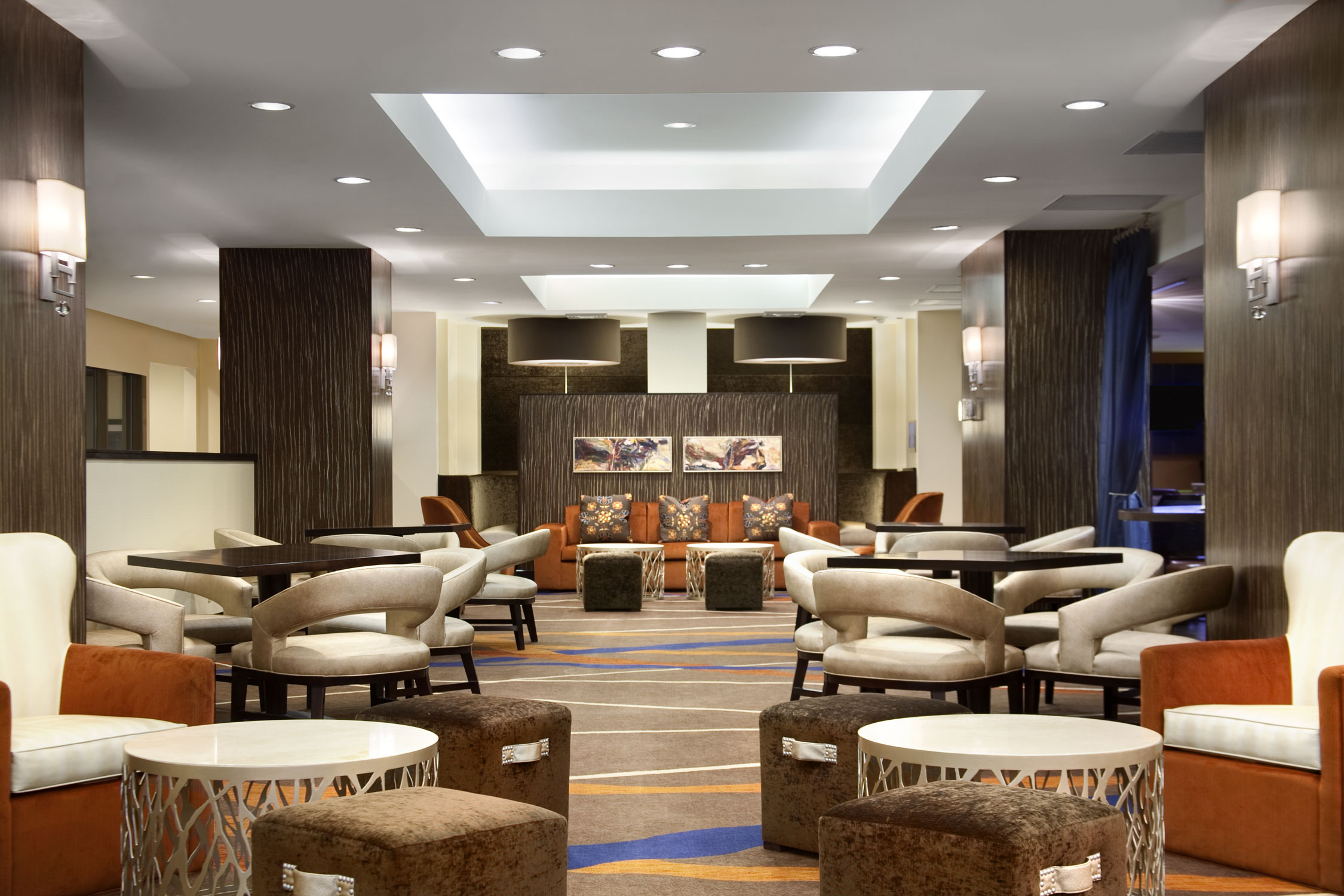 Business travellers choose airport hotels for a variety of reasons, including peace of mind before a flight, a convenient place to stop over, and a welcoming venue to conduct business in. Hilton Worldwide has been a pioneer in this field, launching one of the first airport hotels in San Francisco in 1959, before expanding the model globally.

Taking over the former International JFK Airport Hotel, Hilton has extensively renovated and refitted the building to cater for vacationers and business travellers alike, with the sort of luxurious surroundings more akin to a city-centre hotel.

Array of amenities
With 356 rooms, which include 236 spacious deluxe guestrooms and 64 executive rooms with access to their own private lounge, the hotel is conveniently placed just a quarter of a mile from JFK airport in Jamaica, Queens. As well as the deluxe and executive rooms, it also boasts 11 high-end executive suites designed for travellers looking for more space and spectacular views of the city. All rooms have secure high-speed internet connections, 37-inch flat screen televisions and a large work desk.

Other amenities provided include a fitness centre, a heated swimming pool, lounge and magnificent ballroom. For business customers there is more than 6,500sq ft of customisable meeting space, nine meeting rooms, a fully equipped business centre, and even a Starbucks café. The resident Restaurant, 144, also provides the hotel’s guests with hearty breakfasts, quick lunches and leisurely dinners, offering a range of international cuisine and local dishes in a relaxed American bistro-style.

Getting around
There are still plenty of places for visitors to go from the hotel, which is not just confined to servicing the airport. The hotel is also perfectly situated near to many corporate offices, with companies like DHL, Swissport, The GEO Group and Delta all based nearby.

There is easy access from the hotel to Manhattan, as well as Long Island and Brooklyn.

Also, the hotel is also not far from the Brooklyn Cruise Terminal, which is one of three terminals for ocean-going cruise ships in the New York City area. For thrill seekers, horseracing can be seen at the nearby Belmont and Aqueduct Racetracks, while baseball fans can watch either the New York Yankees at Yankee Stadium and the New York Mets at Citi Field. All of these features provide travellers with a perfect place to stay, mere moments away from the airport.