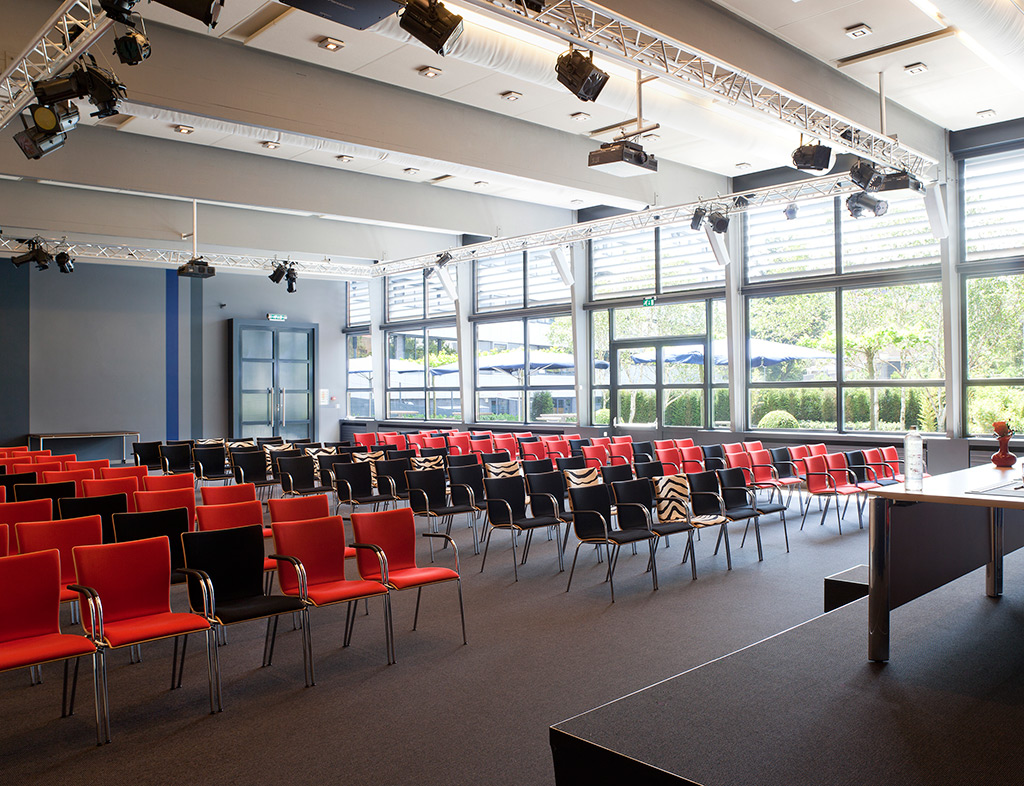 Over the past 12 months, most industry associations and networking clubs have been guests at the Bel Air Hotel, The Hague. General Manager Stephan van der Meulen has been taking every opportunity to show off the fact that his hotel does more than just overnight accommodation. The conference facilities in particular, he believes, have not been getting enough exposure.

Bel Air Hotel, next to the World Forum Convention Centre, is the largest hotel in The Hague, with more than 300 guest rooms and suites. Jazz fans and musicians from all over the world reside here during the North Sea Jazz Festival. Many of the performing artists make the Bel Air Hotel their home and spend nights at the Embassy Jazz Bar performing spontaneous jam sessions.

“Most people have only experienced our hotel through jazz or as a tourist,” says van der Meulen. Having been appointed General Manager in April 2010, his task was to expand the experience, establishing the hotel as a premium business destination.

Until 2009, the Bel Air Hotel operated under the Golden Tulip flag. When the brand hit rock bottom financially, Bel Air became part of Worldhotels. “With Golden Tulip, the chain defined the strategy and organisation and took care of all the marketing material. Worldhotels is soft branding; we work together organisationally and benefit from their expertise, but the sales and marketing is up to us.”

During his introduction period he was pleasantly surprised by the hospitality and service of the current staff, but with the sales and marketing of the hotel there was still a long way to go.

Hidden spaces
Crucially, van der Meulen noted a lack of promotional materials for the A1 Conference and Event Hall. Where the in-house pool was previously situated, a beautifully appointed congress hall had been constructed.

“We can hold up to 325 people in theatre style, and all 325 people can also stay with us,” says van der Meulen.

The general manager launched a separate website to promote the meeting space and a host of new events. “There was only one picture of the A1 Conference Hall available,” he says, but he had also spotted more missed opportunities. “We regularly have embassy lunches, which were held in other spaces. I couldn’t understand why we didn’t use the most beautiful meeting space in the hotel to show them what’s available and what we are capable of doing.”

Peace palace
Over the last two years, the Bel Air Hotel has demonstrated its multi-functionality. This September, the A1 hosted its third ‘Museum Night’, during which the meeting space was transformed into an exhibition space. On another occasion, the hotel facilitated a press conference and car launch in the hall. The room has large side windows that provide plenty of natural daylight, but electrically operated screens can easily black out the space too.

Rooms on the ninth floor of the hotel have been temporarily designed as offices for law firms, including judges and witness rooms. “We’ll take anything the Peace Palace can’t handle,” laughs Van der Meulen. “The high speed data lines we put in place are still there, so when in need it’s easy for us to put offices back on the top floor.

“It shows our flexibility. Sometimes I’ll walk into my office and to my surprise it’s converted into a boardroom. My staff rented it out for the day – guess I’m working from the lobby!”

Private gardens, penthouse meetings
The hotel and the A1 hall enclose private gardens. This proved its value during the hotel’s 40th anniversary celebrations. During a sunny evening, 250 guests were invited to enjoy the reception, experience the terrific acoustics of the conference hall and indulge in refreshments and food in the private garden.

Aside from the A1 Congress Hall, the Bel Air Hotel has about 1,200 square metres of meeting space (which can be divided into six smaller conference rooms), eight boardrooms and the Penthouse Boardroom on the ninth floor, overlooking the city.

Endless possibilities
In recent months, van der Meulen has clearly demonstrated his intentions. His focus on the meetings market and business travel has meant that in a short span of time the hotel has hosted a variety of industry and business meetings. The general manager’s strategy is simple: the more meetings there are, the more business travellers under his roof.

“I started here after 30 years’ experience in the hotel industry: 15 years in operations and 15 years in sales and marketing, with chains such as InterContinental Hotels Group, Accor and Amrâth. Of course, it’s easiest to start within your own network – that’s how we started working together with Shell on their meetings.

“I’m always looking for opportunities. When something is happening around you, you need to jump on it immediately. There are endless possibilities. You just need to pick the right apple from the right tree.”

The Hague: international city
Van der Meulen also has an ambition to put Bel Air on the map internationally as a convention hotel. This starts by raising the profile of The Hague as an interesting destination for international meetings; hence his seat on the workgroup SIC (Cooperation International Congresses) from The Hague Marketing.

He is confident in the potential of new business: “We choose markets where others have less of a focus. The Hague has so much to offer – from the presence of the embassies, the Peace Palace and The Spanish Court, to many interesting museums.”

Moving fast
“When I hear that a company or association is coming to the Netherlands for a site inspection, I do everything to get in front of them. We want to showcase our hotel. They are looking at Amsterdam? We will pick them up and drive them back.”

This strategy and direction is paying off, says van der Meulen. “The seeds we have planted are starting to grow and we are harvesting the results sooner than expected. We currently have 20 percent more conferences on the books in 2013 and 2014 compared to previous years. Our hotel has become a favourite for the business traveller.”