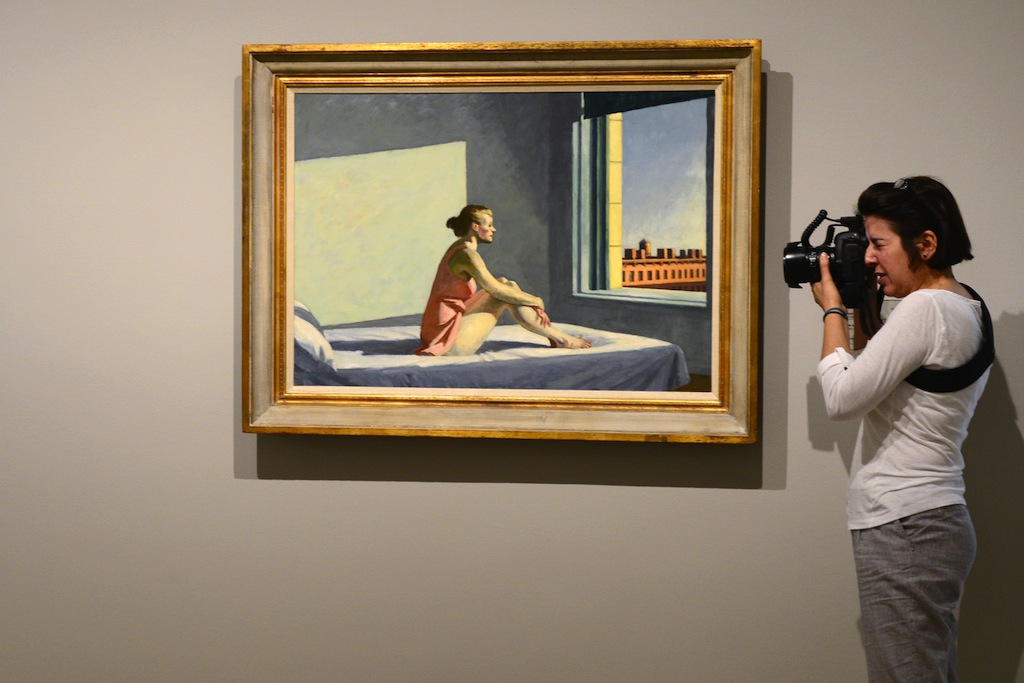 This year marks the 20th anniversary of the Museo Thyssen-Bornemisza. Two decades have passed since the Museum’s inauguration on October 8th 1992, during which time it has established itself as one of the most important cultural institutions in Madrid. As a museum, the Thyssen is now an international reference point. Also during this period the works from the Carmen Thyssen-Bornemisza collection have been placed on display at the Museum where they have been seen by hundreds of thousands of visitors. Finally, the temporary exhibitions held at the Museum have become events keenly anticipated by art lovers.

Over the course of 2012 a wide range of activities and innovative programmes will be marking celebrations of this 20th anniversary. Some, such as those detailed below, have already been organised while others will be added to this calendar over the coming months. Free entry for all visitors was introduced in 1992. The first initiative, starting on January 15th, will be to offer free entry to the permanent collections and temporary exhibitions to all young people who are also celebrating their 20th birthday this year. These visitors, who must provide proof of age, can visit the Museum for free until December 31st.

Exchanging gazes
This new exhibition programme will present special installations of works from the permanent collections with the aim of establishing a dialogue between old and modern painting. Consequently it is hoped that this will encourage a more reflective gaze on the part of the viewer, leading to new interpretations. Overlapping Gazes 1 is entitled ‘Mondrian, De Stijl and the Dutch artistic Tradition: 17th-century Dutch Painting’ and features works by Koninck, De Hooch and Vrel as well as Piet Mondrian and his colleagues from the De Stijl group (Van Doesburg and Van der Leck). The next in the series will present Expressionist painting alongside German Medieval and Renaissance painting (May 14th to August 19th) while the third will juxtapose Freud and Watteau (4 September to 9 December).

Temporary exhibitions and events
2012 will be a particularly good year for temporary exhibitions at the Museum. It starts with Chagall (February 14th to May 20th, in collaboration with Fundación Caja Madrid), followed by ‘Visions of India’ (February 28th to May 20th, with works loaned from the San Diego Museum of Art). June sees the start of the major exhibition on the American painter Edward Hopper (June 12th to September 16th). To end the year there will be two very different events: ‘Gauguin: Voyage to the Exotic (October 8th 2012 to January 13th, 2013) and Cartier (October 24th, 2012 to February 17th, 2013).

The museum will also be holding an illustration competition entitled ‘A Museum as Young as You’. This competition is held in conjunction with the Youth Affairs Office of the Region of Madrid, the Escuela Artediez, the IED Madrid and Treseditores. The competition is open to the Museum’s youngest visitors, who will be invited to offer their vision of the Thyssen Museum in the form of a drawing. Entry opened on February 8th, when it was launched in the museum’s Auditorium, and closed on April 15th.

In order to further compliment the collection and to make exhibits even more accessible to the public, the museum will be providing free entry on Sunday, October 7th – the day before the museum’s 20th anniversary.

Special events and lectures
There will be late-night opening on Saturdays until 11pm throughout the year as part of the ‘Nights at the Thyssen’ programme. Either the temporary exhibitions will remain open until that time or the 20th Century galleries of the Permanent Collection will remain accessible when there are no exhibitions on at the Museum. As has been the case up to now, Saturday evenings will be the time for special events such as concerts, DJ sessions, dance shows and more. The first Saturday in each month is ‘Young People’s Night’, when all holders of Young People’s Cards issued by the Region of Madrid can take part in the activities listed on carnejovenmadrid.com.

With the support of Bank of America Merrill Lynch, the month of June sees the start of the restoration of ‘The Paradise’; a masterpiece from the Thyssen Collection. The restoration work will be carried out in the Museum’s Main Hall where visitors can watch it as it takes place.

During our anniversary year we would like to pay tribute to all those who support us through their financial contributions. There will be a special day for Friends of the Museum and we will be honouring the longest serving – some of whom have been supporting and participating in the museum’s projects for almost twenty years – with a special badge.

The work of world-famous American painter Edward Hopper has inspired numerous filmmakers. On various days in June the Museum will be bringing together specialists in the work of the artist, film directors and directors of photography to discuss and show some of their films and documentaries on the artist. The Museum’s website will also be offering a series of thematic routes aimed at all members of the public.

This extension of the Collection onto the web will allow users to pursue multiple directions including gastronomy, music, portraiture, Don Quixote, jewels in paintings, inventions and artistic techniques: all will become keys to discovering new and further aspects of the works in the collections.

In addition to this programme of educational events, Guillermo Solana, the Museum’s Artistic Director, will give a series of lectures that will analyse the collecting activities (tastes, acquisitions, the petite histoire etc) of the first two Barons, Heinrich and Hans Heinrich, and of Baroness Thyssen, whose passion for art gave rise to the stunning collections now housed by the Museum.

In November, the Museo Thyssen-Bornemisza will also be holding an international conference entitled ‘Museums in Education: From Action to Reflection’ an event organised by the museum’s Department for Research and Further Education. Over the past twenty years the educational role of museums has undergone profound changes, resulting in a greater number of activities and in a more diverse public sphere.

This conference will firstly focus on an analysis of the significance of the past two decades and will also look ahead to the future of educational activity in museums over the coming decades. A new feature this year is the launch of a ‘virtual’ conference that will run alongside the ‘real’ one with the aim of making this event as accessible to as many professionals as possible and of facilitating access to education professionals in other parts of the world.