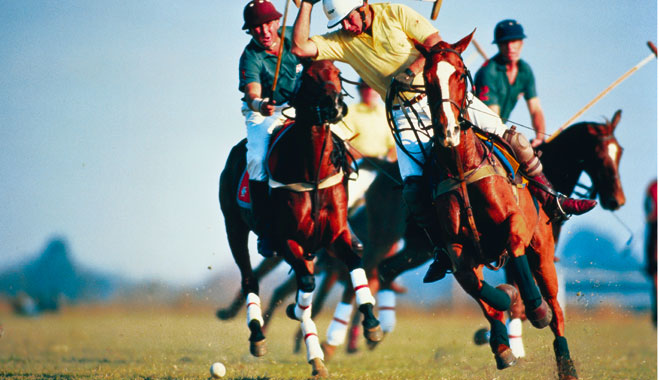 Barbados may not be the immediate choice for a polo playing destination – Argentina, South Africa Brazil – these are countries more used to being saddled with this moniker. Yet, this tiny island is home to no less than four separate polo clubs, hundreds of ponies and dozens of players  – and a polo history dating back to 1884.

It was the most last-minute transatlantic trip I’ve ever taken. A Facebook message on the Thursday afternoon translated into a flight the following morning. The best fun in life is almost always unplanned and completely ad hoc – and this was no exception.

Barbados is, as with most tourist destinations, somewhat contrasting. This place attracts them all; from clumps of lobster-red, overweight Brits, to NYC cap wearing Americans, all the way up to the polo tourists, who jet in for a tournament or two…but more on that later.

Friday nights are fish fry nights at Oistins, on the South Coast. Cue dozens and dozens of little huts selling the most amazing grilled fish; Marlin, Shark, Kingfish, Dorado – all accompanied by a vast stage with incredibly loud music. The best hut is George’s; but with huge, huge queues. My boyfriend left me with a brace of girls and a couple of bottles of rum. Oh, the rum – it has a lot to answer for – especially when I found myself on the stage, the only white girl, dancing merrily away to the reggae beat…the fish was delectable, by the way.

The night was yet young – on to Priva, a club on the West Coast, for a polo party. Some of the best British professionals were there; playing in Barbados is really win/win for them – they get their eye in before the English season starts in May, they escape the dreary March weather, they play golf, go sailing, party hard and get paid to boot. It’s a heady lifestyle, and one that I’ve been lucky enough to live for the last few years.

This weekend was all about the final of the Barbados Open – the most prestigious of all the polo fixtures in Barbados. The final had an extra competitive element – father and son were playing on opposite sides. Sir Charles (Cow) Williams, property magnate and staunch Bajan, was playing against his son, Teddy. Even more extraordinary, Cow will be 80 years old this year. How many sports exist whereby the participants can play against family members, much less continue to play at such an advanced age? This is a unique game.

The grounds have undergone significant investment. Maintaining a polo field to a high standard is expensive and time consuming – and absolutely key. The playing surface has to be many things; smooth, flat, not so hard that the horses get jarred up, not so soft that they cut the surface up when they stop sharply. The ball must run true when hit; not possible on a hard bumpy field or one covered in divots. It must not be slippery; a horse cornering at speed puts tremendous forces down onto a small surface area – if they lose their back feet they fall, and fall hard. Injury to both horse and rider is almost inevitable in that situation – if a car is only as good as its tyres, then a polo pony is only as good as the playing surface.

Fortunately, the island is by and large, free draining limestone. The fields are sanded and irrigated, and the climate favours the grass.

The match was close; the hundreds of spectators and sponsors witnessed a fight to the wire; the teams were incredibly even, and superb performances by Jack Kidd (brother of supermodel Jodie and Barbados resident) and Oli Taylor – both big, strong guys who can hit the ball far and hard. They just had the edge on Cow’s team, winning by a single goal.

Polo isn’t polo without a party. After the final, the rum consumption began in earnest. The Lion’s Castle field, high in the hills looking down to the sea, was a fabulous setting to what was a suitably raucous shindig. Cue much dancing on the bar, players carrying one another around on their shoulders, champagne being drunk (what wasn’t being liberally sprayed all over the other players, guests and the DJ’s Macbook Pro) and then slowly the cars began to leave, leaving little toothless gaps in the hills behind the polo ground, as one by one the rather less than sober drivers made their way home. Hey, it is Barbados.

The following day was spent on a Catamaran – owned by a polo player, of course. The boat had been around the world, at a leisurely pace (seven years) as the owners worked around their business interests and the seasons. Well, who wants to sail a boat in winter? Quite.

Our soujorn was much more sedate. We sailed just with the foresail; gently easing along the west coast, allowing a very different view of the island. The east coast is savage; as it is quite literally the first landmass for the waves to hit all the way from Europe. There would be nothing relaxing about sailing around that side of the island.

We anchored about 200 metres off the beach, facing a little innocuous looking bar called Juju’s. Juju’s, as it happens, does grilled fish, and does it well. We all dived off the Cat and swam ashore – accompanied by Sea Turtles and the odd dreadlocked local aboard a Jetski.  A lazy lunch; Marlin with fried breadfruit, as we dripped saltwater onto the seats. No matter. The bar owner didn’t mind, and neither did we. The swim back was rather less energetic – the Cat never seeming to get any closer. As we discussed the personalities in the polo world, the stories got funnier and more risqué the more champagne we consumed. Back in the marina at Port St Charles, the sun went down on a group of happy Englishmen (and women) drinking rose as the water caressed the hull – but once again, the night wasn’t over.

Jack Kidd had extended an invitation to “pop over” to his family pad – Holders. Thinking there’d be just the three of us and him, I was somewhat taken aback and then stunned into quiet by the sight of 3,000 people sitting in absolute silence listening to English musicians Joe Stilgoe and Hannah Waddingham playing Cole Porter songs, in what can only be described as an enchanted forest. The trees formed a canopy over the crowd; branches lit in soft hues of green, red, blue…the sense of serenity and magic was extraordinary, palpable. Unwittingly, we’d stumbled into the highlight of the Holders Season; the biggest performing arts festival in the West Indies.

This island is full of completely unique experiences; ones that the average tourist will never discover. There is so much to do and see if you immerse yourself into it. Eat street food from the boot of a car, dance on a stage with the locals, watch polo (or play it!), listen to Cole Porter in a forest. A life less ordinary, a path less beaten, means a much richer life with infinitely more rewarding experiences. What are you waiting for?