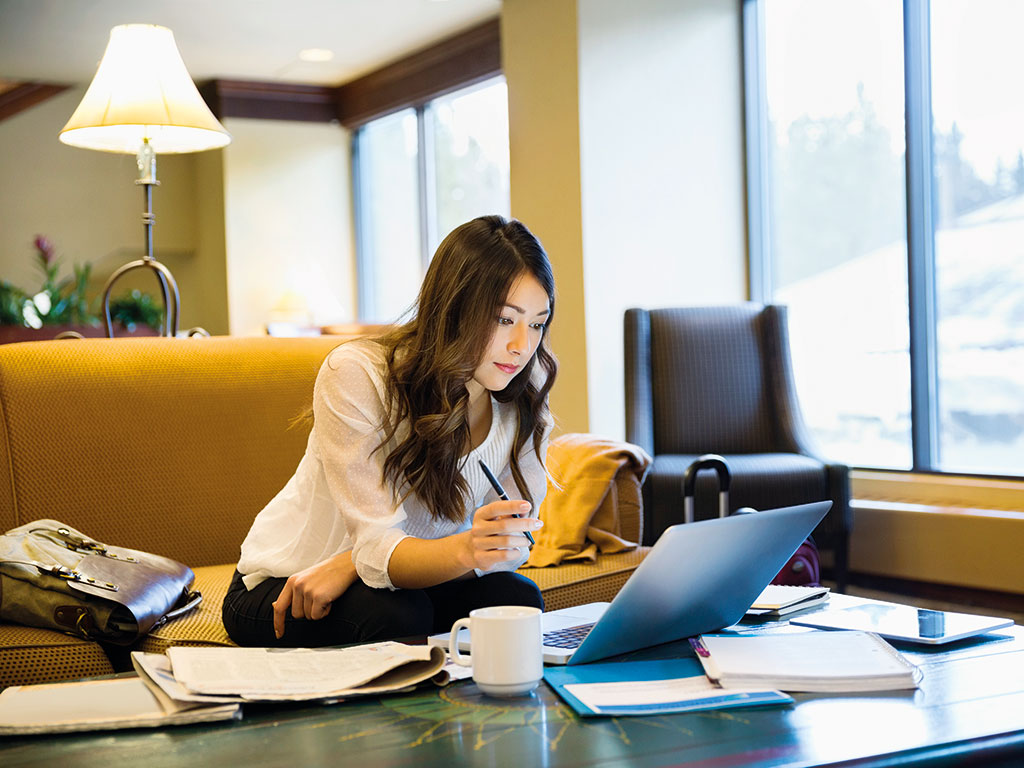 Maiden Voyage has revolutionised travel for women on business trips, making it far safer for them

“We need you to go to Hollywood”, urged my TV boss. Sadly, he wasn’t sending me off to star in the latest blockbuster – I was being sent to look at an IT system used by Paramount Studios.

As a busy IT executive, I’d travelled enough to know that, while a trip to Hollywood sounds like an adventure, the reality is often quite different: I find the ‘dinner for one’ scenario painfully boring, and it’s a personal travesty if I don’t get out to actually see the city that I’ve travelled to. Combine that with the added perils facing so many solo female diners nowadays – from generally unwanted attention to being candidly asked if we’re ‘open for business’ – and it’s no wonder that many female travellers opt to stay in their hotel with room service in order to catch up on emails instead.

Maiden Voyage’s global ambassadors share their tips on local business etiquette, dress codes and how to get around the city safely

Sparking an idea
That is exactly what I did on my Hollywood business trip – but it turned out to be the catalyst that created a global network to inform, liberate and empower women who are often required to travel for business. Encouraging them to get out of their hotels, have a richer cultural experience and expand their professional networks, this trip was the reason that Maiden Voyage was born.

Not long after Maiden Voyage launched, the company was featured on CNN. It subsequently boomed overnight, and now boasts thousands of members from over 70 countries. Those interested in membership are able to register online before we at Maiden Voyage call them directly to ensure that they are female. Members are then granted full online access, allowing them to register their future trips online and connect with other members as they travel. Maiden Voyage has also built a team of global ambassadors: enthusiastic members who are passionate about sharing their little black books of great things to do in their city and, perhaps more importantly, their tips on local business etiquette, dress codes and how to get around the city safely.

Many of our members have met up with our ambassadors at some point, whether for a lunch in Hong Kong or at a party in New York. Two of our members, originally from the same town in the UK, have even met up in Latin America after connecting through the site. It’s thrilling to be able to connect the dots around the world, giving all female travellers access to a friend in every city.

Women supporting women
Even with the greatest efforts, unfortunately, safety-related incidents do occur, with one in four women having had a negative travelling experience. In response, Maiden Voyage launched a thorough female business traveller safety course, which is designed to educate female travellers on how to stay safe while abroad. This course was tested by the British Transport Police and other security experts before being released to the general market.

As more and more women reach higher positions within their organisations (or indeed, start their own businesses) the number of female business travellers across the world has also increased. Now making up 50 percent of all corporate travellers, women are becoming more demanding when it comes to the services they expect hotels to provide: Maiden Voyage began receiving more and more requests for safe hotel recommendations, and so we spoke to our members to understand exactly what ‘female friendly’ meant to them.

This subsequently became the brand standard, and as a result we physically inspect hundreds of hotels. Maiden Voyage’s website now includes a ‘female-friendly hotels’ section, which all provide exemplary safety features (such as double-locking doors and discretion when announcing room numbers) as well as other key extras, including salon-quality amenities and toiletries.