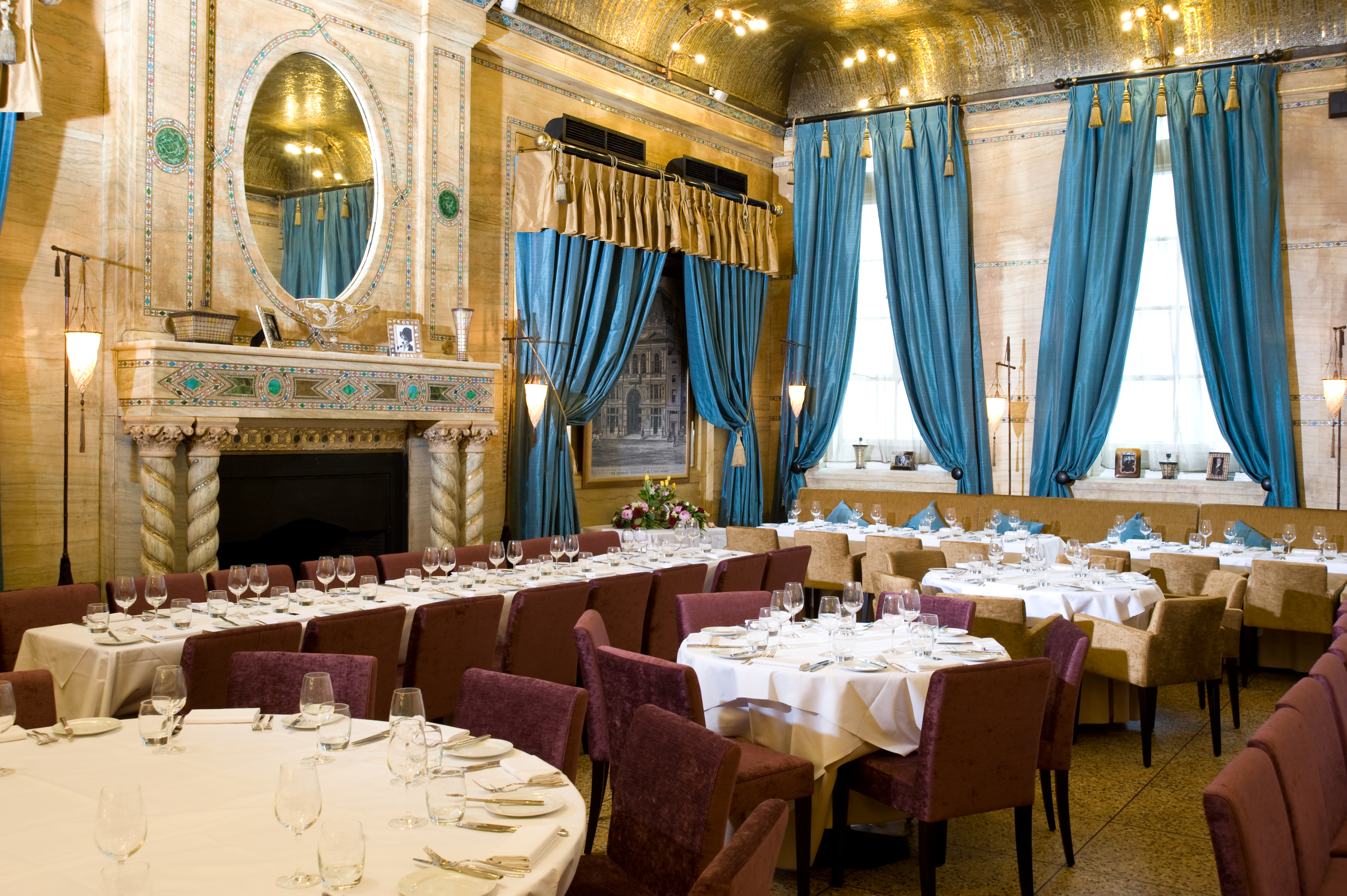 When you combine the alluring architecture, the flawless service, the compelling history and the unrivalled cuisine, you can understand why the Criterion Restaurant has been so revered and admired since it first opened its doors in 1873. The Criterion Restaurant is the only culinary destination in the capital blessed with the romance, grandeur and charisma of a neo-Byzantine design. Few would argue that it is one of the most enchanting and, indeed, memorable restaurants in London… perhaps even the world.

Lush, extravagant and utterly compelling, the interior seduces diners with the glint and allure of gold and marble. Look around and absorb the gilded ceiling, the grand windows and imposing arches, the fascinating recesses and mirrored walls. And all of this situated in the effervescent heart of Piccadilly Circus. No wonder the restaurant has such a mythical reputation. Of course, a restaurant is nothing without its cuisine, and with head chef, Matthew Foxon, running things in the kitchen, diners can look forward to an exquisite array of mouth-watering delights.

Matthew only uses the finest and freshest ingredients and when he is not creating alchemy in the kitchen, he is scouring the land for new suppliers. He believes in forming close relationships with the farms he sources from and looks for purveyors who concentrate on a single area of expertise; something that, he insists, is an indication of true passion.

The fish is chosen every morning from across the South Coast and delivered the same day to ensure freshness. The meat is all rare breed, sourced from individual farms, free range and out door reared, hung for a minimum of five weeks and butchered on the premises. Bread is made and butter is churned on the premises too. That’s not all; the chefs at the Criterion also smoke their own fish and make all their own pasta, ricotta, ice cream and sorbet. But it’s what Matthew actually does with the ingredients that delights the Criterion’s guests. The tantalising ‘Modern European’ menu, is clearly one of the main reasons why visitors both recommend and return to the restaurant again and again.

The name alone conjures up visions of a glorious past. As you sit and lose yourself in the opulence of the neo-Byzantine architecture, it’s easy to believe the building is soaked in a fascinating history. With its gold and marble shimmering alongside the mosaics, mirrors and plaques, the restaurant has an almost celestial air. If the walls could talk, they would surely whisper to you their secrets.

They would tell of when Sir Arthur Conan Doyle first imagined the meeting between Dr. Watson and the enigmatic Sherlock Holmes in the Criterion Long Bar. Or the gatherings of the proud suffragettes, and how their resolute discussions changed the face of democracy.

They may elaborate on the charged negotiations between Winston Churchill and David Lloyd George as the two political titans thrashed out their views. More recently, they would describe the epic Hollywood production of The Dark Knight, as well as the magnetic presence of Russell Crowe as he filmed scenes for A Good Year and Madonna when she filmed the stunning W.E.

Winning ‘Best London Restaurant’ in 2010 and 2011, the Criterion has been brought back into its well-deserved spotlight, and ensured that the hallowed walls will have many more a story to tell for years to come.