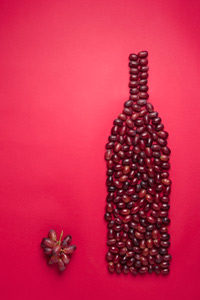 Australia sells more wine than any other country in the influential UK wine market. But that doesn’t mean that it enjoys the best reputation – its wines are frequently dismissed as being over-ripe, over-alcoholic and over-exposed.

And although Australia itself is well known, there is very little recognition of the individual wine regions in the country – in fact Barossa Valley in Australia was the least well-known major wine region in a recent survey of 3,000 regular wine drinkers in the US and UK.

So I set out to look for wines from Australia that have what the French like to call terroir – that elusive link between place, climate, soil and winemaker that gives the best wines their sense of identity.

Jacques Lurton Kangaroo Island, Old Rowley 2005 (approx US$25)
This Grenache/shiraz/viognier blend comes in at 13.5 percent, so straight away marking itself out from some of the more over-the-top offerings from Australia. Not surprising really, as Kangaroo Island is cool climate Oz, with an average rainfall that makes irrigation unusual rather than the rule. As winemaker Jacques Lurton says, ‘Many vineyards in Australia have been planted without terroir consideration. I tried to find a location where I could use minimum irrigation and for soils with the capacity to drain, or to capture what water moisture there is. I have schist and clay soils, but with pockets of clay to capture the moisture.’ On the palate, it has a sweetness to it that is very attractive, with slightly smoky, violet notes. It made me stop and think which is always a good sign, and is rich but surprisingly delicate.

Kooyong 2006 Pinot Noir, Mornington Peninsula, £14.50
Another Mornington Peninsula creation, this is a grape that I often have difficulty with from the hotter wine producing regions. They have kept this at 13.5 percent alcohol, using low yielding fruit from Haven, Ferrous and Meres vineyards, and all pruned, trained and harvested by hand. Winemaker Sandro Osele has chosen maturation in French oak. It is sweeter than many Burgundy pinots but it is succulent, fleshy and in no way overpowering.

Blue Poles Reserve Merlot, A$35 (approx €20)
Named after the Jackson Pollock painting, Blue Poles is located in the cool climate of Margaret River, where a long ripening season gives delicacy to the wines. This is a truly great example of a Merlot, with softness but no hint of flabbiness, great length and a real structure to it. A key indicator of quality is that winemaker Mark Gifford only make this wine when the grapes are of sufficient quality to merit it – they don’t buy in grapes from elsewhere as is often the Australian model. So in 2009 there won’t be any Merlot or Cabernet Franc as the grapes were not of sufficient quality due to the vintage conditions. Shame, but all the more reason to get hold of this bottle…

Songlines McLaren Vale Shiraz, 2004, £49
A new venture from Penfold’s legend John Duval, in collaboration with Hunter Valley winemaker David Fatches. Songlines are the invisible pathways which crisscross all over Australia, encapsulating the idea that wherever man has walked, he has left a trace, and the name has been taken to show the importance both of the land that the wine comes from, and the people who have worked on it. High-flying concept aside, this is a dense, rich wine that stands at 15 percent. So far, so Australian shiraz. But there is far more to this wine than a punch of alcohol – the vines are between 40 and 100 years old in McClaren Vale (the same region as Penfolds Grange), and it has the rich liquorice and chocolate flavours that you get from the best Shiraz, but the fruit is never cloying, and it is densely packed out from beginning to end, so the alcohol never overtakes the other elements.

Grosset, Springvale 2008, Clare Valley Watervale Riesling, £17
If you are looking for terroir-driven Australian wines, Clare Valley is the place to go to, as it has good altitude (about 400m above sea level) which moderates the temperatures and allows real freshness to develop in the wines. They are well known for the Riesling grape and this one is a very lovely example. You’ll have to get past the label, which is bafflingly ugly (very unusual for Australia), but the wine itself is dry and crisp and has a lovely freshness to it. Great lemon and lime hints, and a good grip – these flavours aren’t going anywhere fast.

Tapanappa Tiers Vineyard Chardonnay 2007, £29.99
Made by great Australian winemaker Brian Croser in partnership with Jean Michel Cazes of Chateau Lynch Bages in Bordeaux, this is haute-couture Australian wine.The grapes come from a single vineyard – which is what you need to look for in Australian wine for the concept of terroir to really mean something – of 30 year old vines in the Adelaide Hills. Lightly oaked, the flavours that you will find here are consciously similar to those from southern Burgundy – less a Chablis interpretation of chardonnay, more like a Montrachet. It’s rich, but there is a lovely crisp backbone to it, and the whole effect is a world away from those buttery over-oaked Chardonnays that Australia has too often managed to produce.