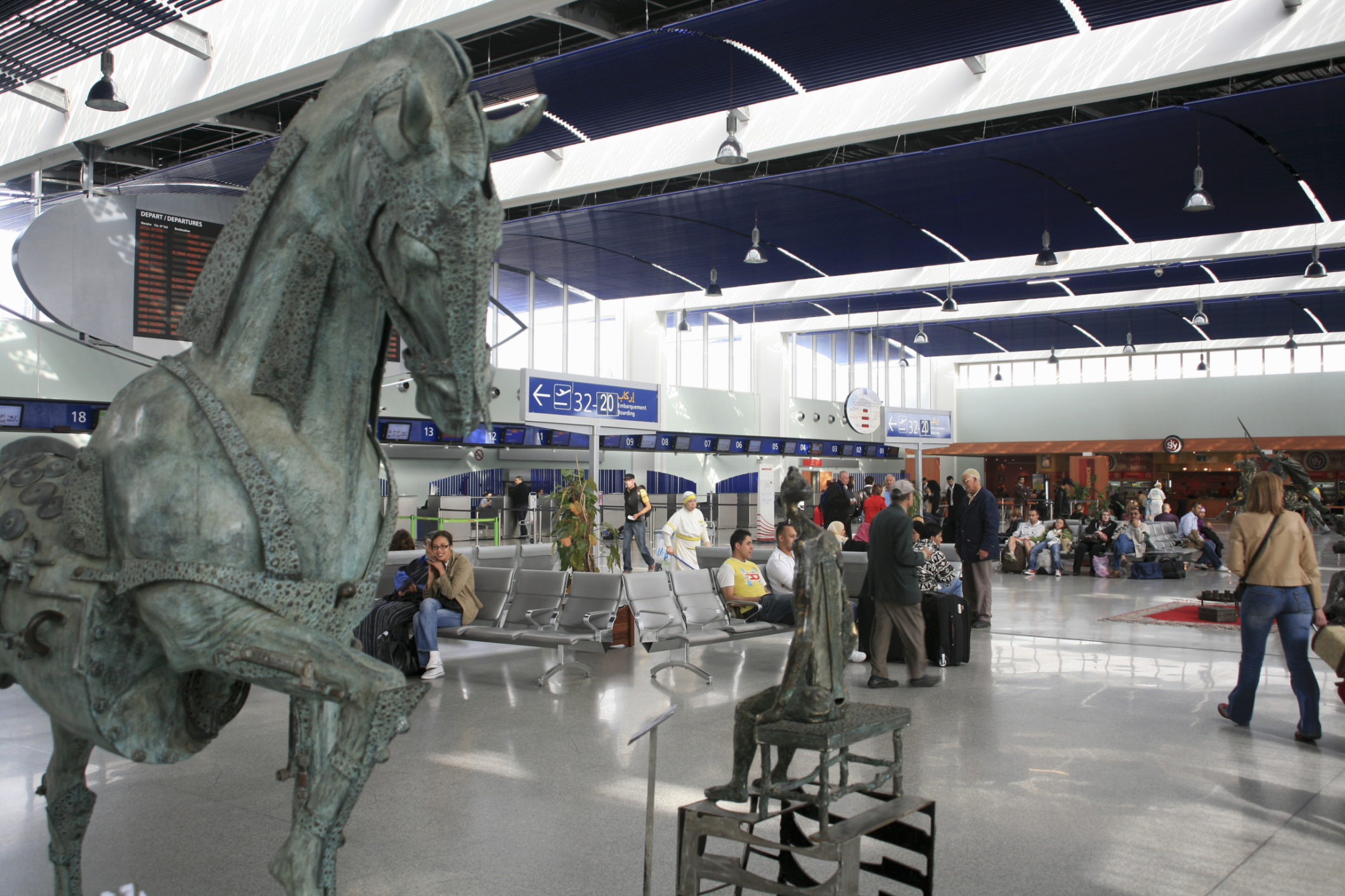 Each year over 9.3 million visitors come to Morocco, the vast majority of them flying through Casablanca Mohammed V or Marrakech Menara airports. On their way to the souks and sandy beaches, tourists are attracted by the country’s friendly reputation. But it has not always been so. The tourism industry in Morocco has been carefully honed over time, and has only started to grow in earnest in the past 20 years. In fact, in 1987 only 1.9 million visitors came to Morocco; that number had risen to four million by 1990.

“IDFS monopolised the Airport Duty Free Industry from 1989 to 2005,” says Candice Medina, marketing manager. “As we are the pioneers in the country, we have established loyal customers who continue to seek the services and merchandise we provide. We are also extremely focused on our business, which makes our strategies work as a local operator.

“With more than two decades under their belt, IDFS’ business has grown and thrived together with Morocco’s tourism industry,” says Medina. “Airports evolved and progressed, so did IDFS’ service and offers to an increasingly cosmopolitan clientele.” Today the majority of travellers arriving in Morocco are from Europe, particularly from France, the retail outlets are popular destinations for the purchase of wines and spirits, tobacco products and fragrances.

Duties paid on alcoholic beverages in Europe are anywhere between 16 percent in Spain, and 25 percent in Hungary and Sweden, so duty free retailers at airports thrive with the sale of such products. Similarly, tobacco products are among the most heavily taxed in the world, so smokers often buy large quantities when passing through duty free zones like airports. In all of its outlets, tobacco products represented around 55 percent of overall sales.

Such has been IDFS’ success that they now operate outlets in Morocco’s ten biggest airports. According to research by CANADEAN the average European spends around $76 on duty free products every time they travel. These figures represent huge growth potential for IDFS, who are constantly developing its business, “through great prices, exclusive brands and offerings and continually improving our stores,” says Medina.

Fashion forward
The company is also keen to develop its luxury goods departments. Taking advantage of the eagerness of top watch manufacturers to partner up with duty free chains as ideal outlets for their products, IDFS has invested in a state-of-the-art standalone watch boutique, also in Casablanca Mohammed V airport.

Developing healthy relationships with international brands is important for the development of IDFS: “We have maintained our standing as the exclusive distributor of Lacoste and Longchamp in travel retail,” explains Revic Tantoco, the general manager. “These brands have contributed significantly to our growth.” IDFS will soon be opening its fifth Lacoste branded shop, this time in Fes airport.

“There are many exciting changes with International Duty Free Shops as we continue to evolve and overcome every challenge we encounter,” says Medina. Part of this evolution is the development of its fashion department, which is why partnerships such as the one with Lacoste are so important. In 2010, fashion and accessories represented around six percent of IDFS total sales, but the department has such growth potential that IDFS is keen to develop it. The company is renovating and enlarging its Marrakech outlet to cater more appropriately for its most popular departments − fashion and accessories, alongside tobacco, wines and spirits. The Marrakech Menara airport store is responsible for 30 percent of total sales.

One of IDFS’ main goals is to increase the average spend per shopper in its ten airport locations. In order to achieve this the company is launching a series of promotions. To court the all-important European customers, IDFS recently embarked on a new deal with budget carrier Ryan Air.

“We offered an exclusive 15 percent discount to all Ryan Air passengers,” explains Medina.

“This great discount was offered from May to July in three of our locations − Marrakech, Agadir, and Fes. This tie-up was indeed successful as it increased customer traffic and customers’ spend in these three locations.” And, to capitalise on pre-Christmas shopping, in October IDFS launched a campaign across its brands that guarantees shoppers a 15 percent discount when they buy two or more products. The best way to increase customer spend is to have a good knowledge of what they want, so IDFS takes things like market research and corporate branding very seriously. “Researching passenger preferences has proven to be very effective, and further developing our activities in this area will help our customer service initiatives,” says Tantoco. “We have also set our focus on improving our stores in terms of aesthetics and product mix. IDFS is a world-class retailer and we need to communicate this in all aspects of our business.”

Customer knowledge
To retain new customers IDFS is investing in upgrading and expanding many of its stores. In Casablanca Mohammed V Airport, which accounts for up to 30 percent of IDFS’ total sales, the company has recently undertaken a major refurbishment of its all-important fragrances and cosmetics department –  a vital development considering these products bring in 35 percent of all sales in IDFS Casablanca. “IDFS always has our customer in mind, which is why we constantly improve store ‘shopability’ through upgrades and expansion plans in our store layouts,” said Medina.

When Ambassador Tantoco Sr founded IDFS in 1989, he developed a strong working relationship with the Moroccan Office National des Aeroports (ONDA), the national authority in charge of airports. As a result of this long-time partnership the company was able to fundamentally grow, branching out into most of Morocco’s main airports.
From its inception, to 2005, “IDFS monopolised the Airport Duty Free Industry,” explains Medina. “This was until the arrival of a new concessionaire Dufry, who is also operating in the same airports as IDFS.” However, IDFS has taken this challenge in its stride, and has still recorded growth of 14 percent in 2011.

Morocco’s tourism has been historically very susceptible to regional unrest; in the early 90s the industry suffered a heavy blow because of the Algerian civil war being waged on the border. There were fears that the Arab Spring would once again damage tourist inflows, but as the industry has matured over the years, so too has its resilience to trouble. “The unrest in our neighbouring countries actually prompted tourists to travel to Morocco instead,” explains Tantoco. “Our passenger traffic data shows eight percent growth for the first half of this year. Overall Morocco is doing well, and its economy continues to grow.”

The business has also coped with the financial crisis remarkably well, given the bulk of customers come from countries in southern Europe. “Morocco’s travel and tourism industry appears to have weathered the storm better than most countries – the business is doing great,” says Medina.

It is this resilience that guarantees a strong future for both the Moroccan tourism industry and every branch of the IDFS franchise. “The challenges that the company has faced in growing the business for 23 years has only made it stronger and more determined to continue to provide product and service excellence. Looking back on the past 23 years with fond memories and gratitude, IDFS looks forward with excitement and energy to the coming years where Morocco and its partnership can continue to prosper and flourish.”