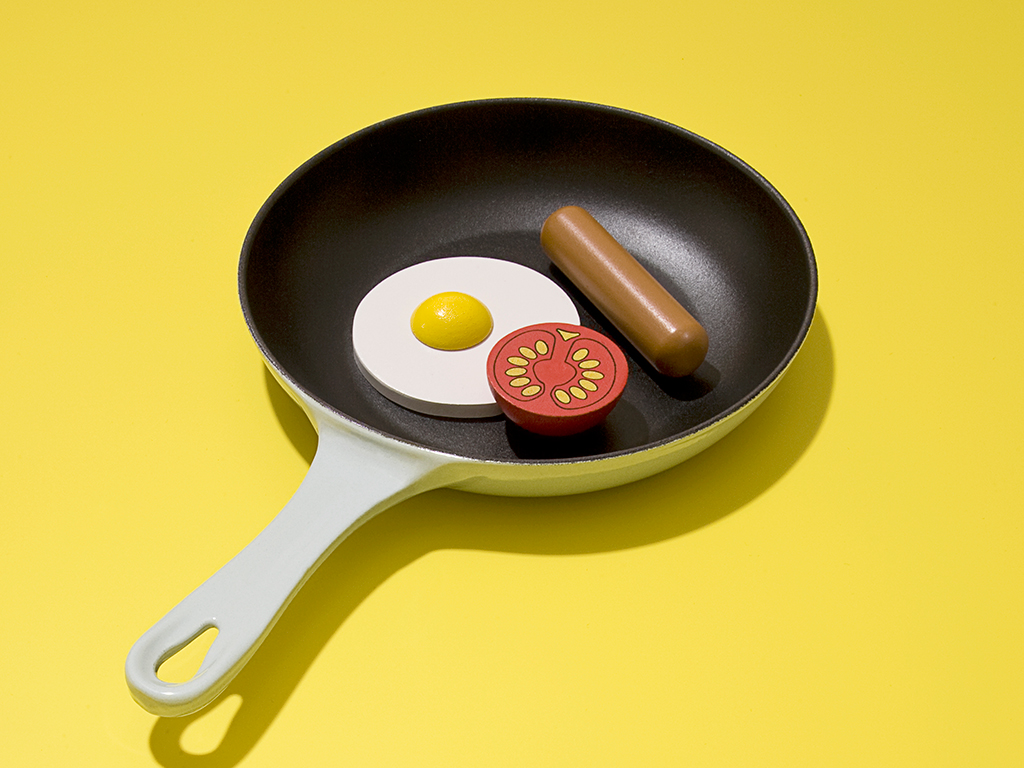 Egged off: Jules Gray has had enough of hotels offering him inadequate breakfasts

One of the few perks of being sent on tedious work trips to soulless business hotels on the outskirts of increasingly more desolate cities is the prospect of an all-you-can-eat breakfast. Between the hours of seven and nine every morning, guests trundle downstairs to ensure that they fill themselves up with as much ‘free’ food as is humanly possible. For business hotels that cater for a never-ending stream of international travellers, uniformity is key – knowing that you can have the same dreary eggs and watered-down coffee each morning, whatever country you happen to be in, is apparently something that was inscribed on the hotel industry’s Ten Commandments (presumably just after the universally unreasonable checkout time of 10am).

However, while this reassuring constancy means that a hotel breakfast is often the best part of any stay, it can also be fraught with disaster. Though most people celebrate the idea of an all-you-can-eat buffet breakfast, the pushing and shoving that inevitably accompanies the privilege can lead to a particularly angry start to any day.

Hunger games
Being stuck behind a ludicrously slow and fussy eater – one who picks their way through the undercooked sausages before claiming the properly browned ones that you already had your eye on – can lead to far higher levels of blood pressure than any processed meats could possibly muster. Then there are the times when you find nobody queueing and the tray lids down. Your joy is short-lived when, upon lifting them, you find yourself presented with soggy toast, damp bacon and a block of scrambled egg that resembles a foam travel pillow.

But what’s worse is if you make it down to the restaurant too late, or you are in a particularly bland hotel, and you’re faced with all the good stuff having gone completely. Instead, you find yourself presented with the true evil of early morning eating – the continental breakfast. Popularised in British budget hotels as a means of not serving guests a proper cooked meal first thing in the morning, the continental breakfast usually consists of a stale pastry, some fruit, a passed-its-sell-by-date yoghurt and some tepid brown water masquerading as coffee.

Some places seem to get it especially wrong. One newly opened Delhi hotel I visited was so eager to impress its international clientele that it provided the obligatory mounds of bacon – but unfortunately neglected the fact that it needed to be cooked. A Latvian hotel apparently thought that stale bread and what appeared to be some sort of ice cold, creamy potato mush constituted a decent start to the day. It didn’t.

Pride of the US
However, while many hotels seem to make the minimum effort possible in their early-morning offerings, there are a few places where guests can be treated to an astonishing array of edible delights to fuel them through the day. The US has possibly captured the crown of best breakfast on Earth (and certainly of my clogged-up heart). From my limited experience, its hotel industry has been keen to show off the national tradition of eating far too much first thing in the morning: not only do they offer the usual buffet fare, but they’ve added their own gluttonous mix to the equation, with towers of syrup-dripping pancakes and troughs filled with fried delights. I’m sure health-conscious guests could probably get their fresh fruit and yoghurts and whatever, but frankly I didn’t notice what else was on offer over the towers of hash browns that I was rushing back to my table.

Hotel breakfasts should always be the thing that management takes greatest care over. Usually the last thing that guests have before checking out, that perfectly crisped bacon could turn an adequate stay into a memorable one – or, at the very least, prevent someone who’s had an awful experience from following through on their threats of logging into TripAdvisor and leaving an eviscerating review.