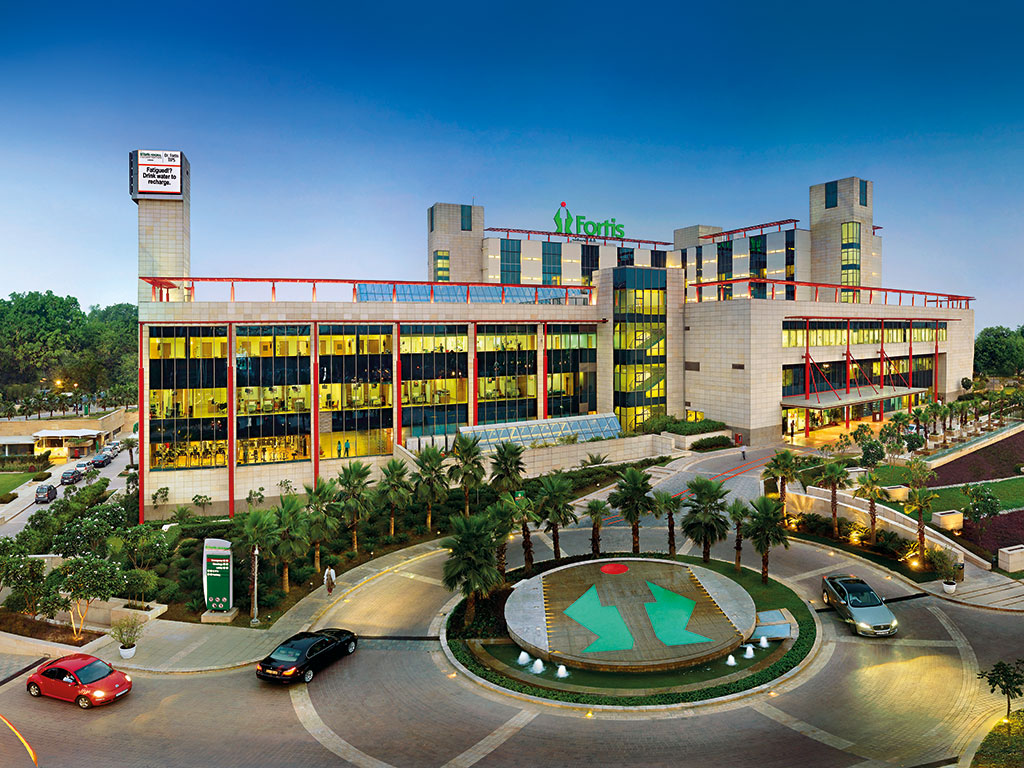 In recent years, a rapidly growing industry has emerged in India – one that holds considerable promise for the country’s economy, and the potential to propel its healthcare sector into the spotlight as one of the world’s best. Recently developed luxury hospitals in India’s largest cities offer a lavish setting for patients, top-class amenities and personal attendants as part of a big push by both the government and the private sector to promote medical tourism. Some with cinemas on site, others with personal concierge services, private hospitals in India strive to offer an opulent touch that can tempt visitors from across the globe.

“The Indian medical tourism industry is pegged at $1bn per annum, growing at around 18 percent, according to India Brand Equity Foundation, an initiative of Ministry of Commerce and Industry”, Amit Mookim, Head of South Asia Consulting at IMS Health, a global consulting, analytics and informatics firm, told Business Destinations. Given the accelerating rate of development and the various governmental initiatives that are already in place, plans to double these figures by 2020 seem feasible – more than one might expect, in fact, because of the world’s ageing population and mounting medical costs in developed nations. As such, there is a growing demand for healthcare that meets high standards within a comfortable environment.

Inexpensive luxury
Although the rates for treatments and procedures in India’s luxury hospitals are relatively expensive, they are far cheaper than those in other countries. The biggest factor drawing medical tourists to India is therefore the cost-effectiveness factor: according to research conducted by KPMG, patients travelling to India can save anywhere between 30 and 70 percent; a comparative advantage that still holds even when taking into account flight costs and accommodation for those travelling with the patient. As such, India now hopes to raise its stakes in the global medical tourism game and become a top competitor.

“India has witnessed a thriving healthcare industry – that includes providers, pharmaceuticals, medical devices and technologies”, according to Mookim. While all aspects of the industry are growing, the southern states are at the forefront of the nation’s medical revolution. This is because the country’s first medical schools were established in the area, which has in turn led to the best healthcare infrastructure in India. The influx of medical tourists to the south is further enhancing its progress, particularly in Chennai, which accounts for 40 percent of the inflow.

“[The] availability of a large pool of highly skilled clinical experts across specialties with world class infrastructure and technology, coupled with national and international accreditations of healthcare providers, are key assets of the industry,” Mookim said.

Along with greater confidence in equipment and facilities, the doctors themselves are a major factor in promoting medical tourism to India, particularly as Indian practitioners based overseas have gained a worldwide reputation. Also at play is an emerging trend of highly trained practitioners moving back to India – a shift that has been driven by strong family ties and, more simply, the fact that doctors now have access to vastly improved medical technology at home.

India’s potential
Firmly established hospitals in India have new strategies in place to promote their international appeal, such as the Apollo Hospital Enterprise, which provides a host of translators and a dedicated area on site for foreign visitors. Moreover, the considerable potential of the sector has also piqued the interest of international investors: venture capitalist firms from Dubai in particular are taking note of the growing numbers of medical visitors to India; a market that is still far from the point of saturation.

ABV Group recently received widespread attention for its plans to open the country’s first luxury hospital chain, which will have suites that resemble those of five-star hotels, à la carte menus for patients and airport transfers in Rolls Royces. With $80m to invest in the project, ABV plans to open the first site in Mumbai in 2017, which will be closely followed by a second hospital in New Delhi. Dubai-based Aster DM Healthcare is also making headway in the still nascent market, taking advantage of the weaker rupee and lower costs to offer international patients favourable prices for high quality healthcare services. Meanwhile, hospitals such as the Fortis Memorial Hospital in Gurgaon are already open to the public, offering facilities including in-house cinemas and state-of-the-art spas and health clubs.

Overcoming challenges
A further advantage that India has over its competitors for medical tourism is its offerings of alternative treatments, such as yoga and meditation. By accommodating current trends in wellbeing and mindfulness, alternative therapy is becoming India’s unique selling point in the global market. Mookim noted that “the potential of the AYUSH [Ayurveda, Yoga & Naturotherapy, Unani, Siddha and Homeopathy] system of medicine should be harnessed to carve out a competitive edge, coupled with greater use of technology and clinical coordination across borders, [which] would support patient centric services and post treatment care”.

Creating value for medical tourists has thus become a pillar of the market. Industry players are endorsing India as the ideal destination for treatment by creating the idea of making a holiday out of the trip, while specialised tour groups are also emerging, offering packages that include hospital visits together with tours of local attractions. “Along with medical treatment, we provide facilities such as hotel accommodation, airport pick-up, forex and visa assistance”, said Anurav Rane, Director of PlanMyMedicalTrip.com. “We also offer food arrangements, translators and sightseeing across the country.”

Various challenges still face the sector, such as India’s poor transportation infrastructure and levels of sanitation and hygiene, which are off-putting for a number of tourists. There is therefore a higher urgency to improve facilities, particularly in the most popular medical hubs in the country, such as Chennai and New Delhi. That being said, a greater consistency in standards and technology is required across the entire country: “The fragmented healthcare industry has been a challenge to develop a well-coordinated and harmonised ecosystem to promote international medical tourism”, said Mookim. “Standards, right from coding systems, clinical procedures to diagnosis, need to be consistent across the value chain.”

However, these challenges can be overcome with greater investment and government-assisted coordination. “A single window mechanism with representatives from all the stakeholders in the medical tourism value chain can be established to promote patient awareness, assist in travel and logistics on a common platform”, Mookim concluded. Given the rate of progress achieved in recent years and the sector’s continuing development, which is driven by both the private sector and government initiatives, India’s healthcare sector is on course to become one of the best in the world. Medical tourism could therefore become the pinnacle of India’s travel industry and a pillar of the country’s growing economy.