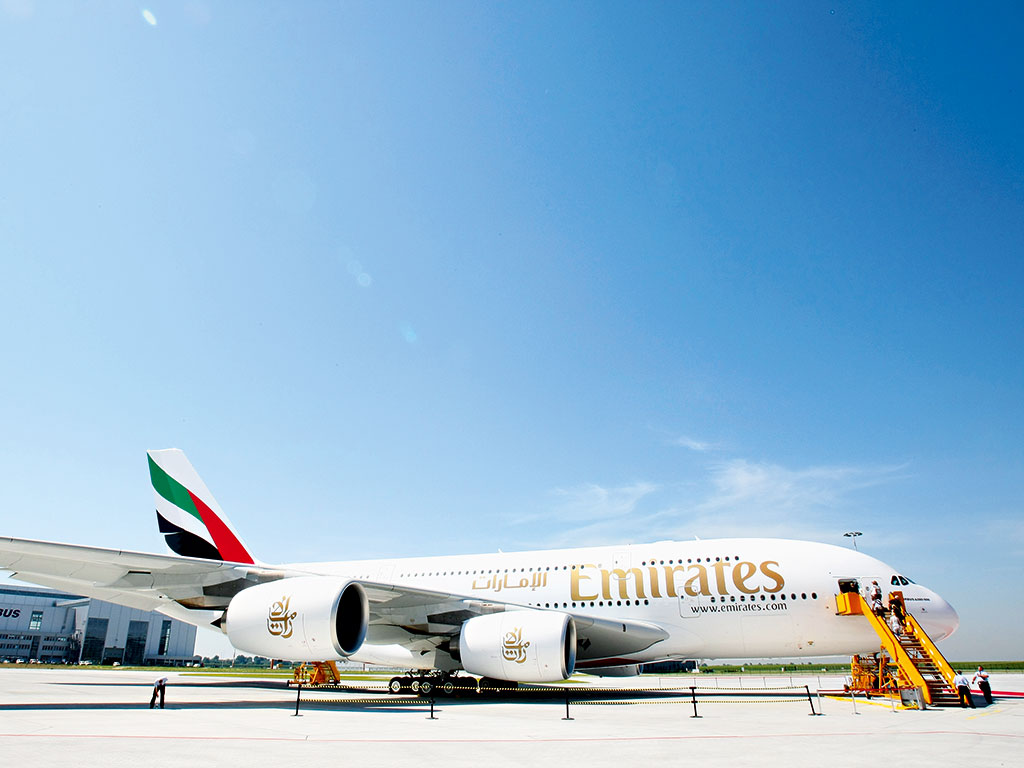 Three of the US' largest airlines have accused Persian Gulf competitors of receiving government aid to prop up business. Could they be right, or just upset about the break up of their oligopoly over the skies?

“We understand that despite no evidence, an oft repeated myth can ultimately be accepted as conventional wisdom”, wrote Emirates Airline’s President, Tim Clark, in a statement refuting accusations that the airline receives government subsidies. His rather candid sentiments on the matter are understandable, as allegations of unfair competition have been directed at Gulf carriers for some time now, with little evidence to substantiate the claims made against the big three – Emirates, Etihad and Qatar.

But proof of wrongdoing may have finally surfaced, with three of the US’ largest airlines – American, United and Delta – claiming they have details that prove that their Persian Gulf competitors have received government aid totalling $42bn since 2004. The 55-page dossier containing the evidence was recently presented to the US Government for review. The US carriers are hoping that Washington officials will view the evidence as a breach of the Open Skies treaty and repeal provisions provided in the agreement. In reality, however, the allegations say a great deal more about the state of the US aviation industry and the dangers that oligopolies present when allowed to take root.

Toppling the competitors
The Open Skies treaty, which was ratified in 2001, aims to create a free, open and – above all – undistorted market in international air travel between the US, Qatar, and the UAE. The treaty was based on the idea that consumers best benefit from free-market competition, and so the airline that is able to provide travellers with the best offerings comes out on top. But a big component of the Open Skies agreement – and any free-market – is that no individual company should be the recipient of anything that may provide it with an unfair advantage over its competitors.

According to the Financial Times, the charges directed at Emirates include a government assumption of $2.4bn in fuel hedging costs, $2.3bn worth of savings attributed to artificially low airport charges at its Dubai hub, and $1.9bn of savings from Emirates’ non-unionised workforce. “The main criticism levelled at Emirates by rivals is that it benefits from indirect government subsidies in the form of cheaper fuel, very low landing fees and cheap aircraft financing”, explains an analyst at Deutsche Bank. “The fact is that Emirates pays market rate for fuel, and that only around 20 percent of its fleet is financed through export credit agencies such as the US Export-Import Bank… The main cost advantage of Emirates comes from higher employee productivity.”

Whether this new round of accusations stick or not, Clark and his airline will continually refute that cheap labour and ground handling constitute a government subsidy, but instead exemplify the UAE’s pragmatic business approach. Emirates’ president has also spoken openly about how subsidies are an “unpalatable reality”, playing an essential role in stabilising industries and the companies within them during economic crises.

“At Emirates we see much to be encouraged about: more and more countries recognise that liberal air access has a multiplier effect on their economies and best serves their national interest”, says Clark. “Yet there are still cases where some flag carriers or their alliance proxies successfully block new competition, by creating an echo chamber of repeated false assertions about rivals.

“We recognise that our success has made us a target and some airlines have been willing to make gross misrepresentations about Emirates and Dubai in order to serve their interests. We have nothing to hide and welcome all discussion on our activities”, he adds.

Imperfect competition
There is also an argument to be made that US carriers’ accusations are hypocritical – they too were the recipients of substantial government subsidies in the aftermath of the 9/11 attacks, where the industry received financial aid in the form of airline industry bailouts. The simple fact is, as explained in an article written by Matthew Iglesias and published on the online news platform Vox, that the dispute in question does not fall under World Trade Organisation jurisdiction, meaning that the US Government merely has to make a decision about whether it wants to maintain the Open Skies agreement, or cancel it. The real decision for Washington officials, therefore, is whether or not they wish to provide protection to their country’s domestic carriers, by blocking outsiders who have the ability to provide consumers with a better deal.

It is important to note that the US airline industry has in recent years seen its domestic market shift from having many competing companies vying for consumers’ attention, to having just four major competitors – Delta, United, Southwest and American. Between them they control the lion’s share of the market, at just over 80 percent. This has created an oligopoly in the US airline industry – something that is bad news for American and international travellers alike. “Airline mergers and consolidations are taking a systemic toll that is bad for consumers”, Brent Bowen, Dean of the College of Aviation at Embry-Riddle Aeronautical University, said in the 25th Airline Quality Rating. “Performance by the airlines is slipping while they claimed this would make them better.” In a later statement, Bowen added: “With the high profits being realised by airlines, it is evident they are not investing in customer service and restoring employee concessions given up during the economic decline.”

Passing on the profits
An example of how this consolidation of market share by the big four is bad for passengers can be found in the recent fall in global oil prices – logic dictates that, as fuel is one of the largest expenses for airline companies, if the price of the commodity falls, so too should the price of a flight. But that has not been the case: instead of passing the savings derived from cheaper fuel prices on to consumers, US airlines have passed the savings onto themselves. According to the Charlotte Observer, American Airlines is set to rake in record profits as a result of falling fuel prices, but has no plan to lower fares.

American Airlines told the local newspaper that the company paid an average of $2.52 a gallon for fuel in Q4 of 2014 – down from $3.06 in the same quarter last year – and that it estimates its average fuel cost to reach as low as $1.73 a gallon, which could see its expenses cut by nearly $5bn. The airline’s CEO, Doug Parker, then went on to tell the publication that because its fares are based on demand, falling fuel costs will not translate to lower airfares.

In an ideal market, where there are many companies competing with one another, prices fluctuate. But in an oligopoly like the US airline industry, where the service offering is nearly identical, prices tend to stay much the same. There is also a tendency for those that comprise the oligopoly to reduce competition by simply charging similar prices in order to maintain their equally distributed share of the market.

The most recent round of allegations, therefore, say much more about the accusers than the accused. It signifies an industry that has grown accustomed to its near monopolistic landscape and does not wish to have that shaken up by outside forces. Gulf airlines may well be receiving government subsidies that are helping them to expand into more markets, but further protectionism by repealing the Open Skies treaty is only going to entrench the big four’s power. In the short-term, this lack of competition is bad for consumers. If left to foster, however, it could lead to a US airline industry unwilling to take risks – something that could seriously harm its long-term success.