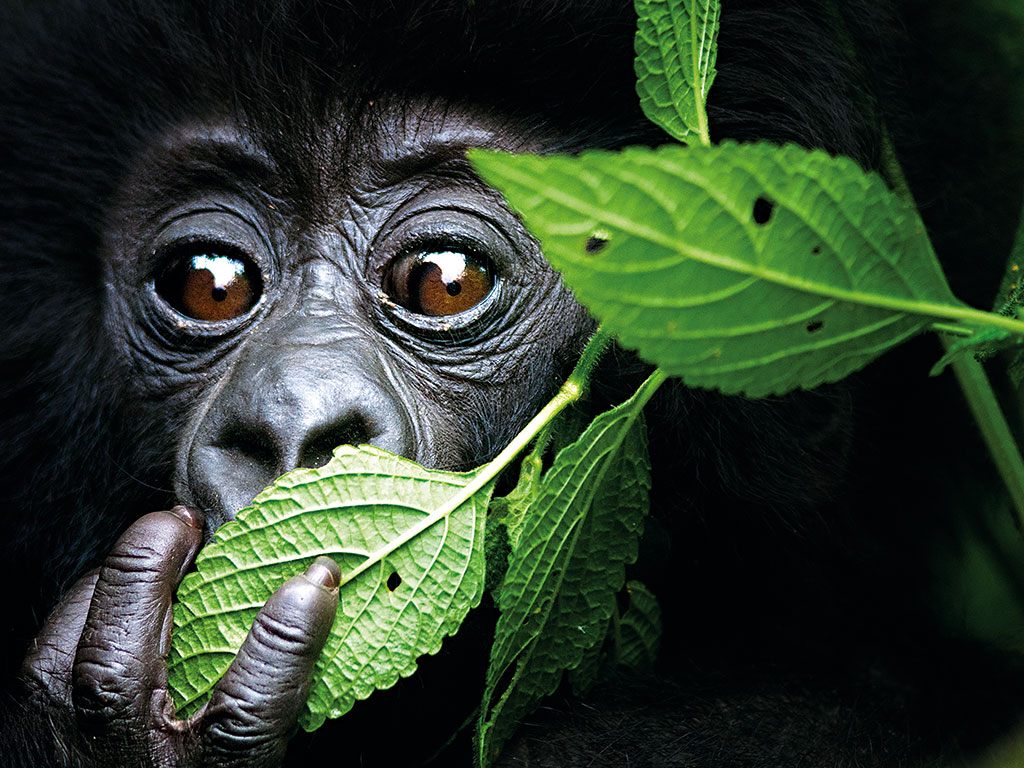 Mountain gorillas in Rwanda are attracting swarms of tourists, and subsequently boosting its economy

Wild mountain gorillas can now only be found in one area in the world: amid the mountain range that straddles Rwanda, the Democratic Republic of Congo (DRC) and Uganda. Years of poaching and human encroachment, which have been exacerbated further by civil wars and economic crises, had once brought these mighty creatures to the brink of extinction – however, a decade of conservation efforts, plus a strong drive by the Rwandan government to promote tourism, has given them a lifeline and ushered in a new phase of development in the East African state.

As the globe’s largest concentration of mountain gorillas continues to steadily grow in size in Rwanda, so does its positive impact on local communities, thanks to a pioneering revenue-sharing contribution scheme.

Diversifying tourism
Following the devastating aftermath of the Rwandan Genocide in 1994, Rwanda’s government set about resuscitating the economy through its tourism industry. A clear strategy was devised with the help of the UN and private corporations, which focused on high-end tourism, intermingled with conservation. Diversification of Rwanda’s tourism sector thus began, which included promoting activities such as bird watching and conference spaces for the international business community. Hotels and leisure businesses were soon privatised, while a marketing campaign was launched to improve the country’s image abroad, as well as to inspire local acceptance of visitors. The result has been nothing short of remarkable: tourism has now become the country’s top export earner and a pillar of Rwanda’s growing economy.

Increasingly successful conservation has raised the number of tourists visiting Rwanda’s national parks exponentially: according to the World Bank, the numbers rose from a mere 417 in 1999 to 43,000 in 2008, with year-on-year growth continuing ever since, according to the Volcanoes National Park website. Part of this success can be attributed to the Kwita Izina Festival, an annual newborn gorilla-naming ceremony that began in 2005. Although the ritual is a long-standing tradition in Rwanda, formalising the event and shining the international spotlight on it has raised awareness of the sub-species considerably and made the country’s efforts to sustain the endangered population known worldwide.

Over the course of the last decade, 161 gorillas have been born and named, each of which has attracted visitors from around the globe to witness these creatures in their natural habitat. During the most recent anniversary celebration in July 2015, the Rwanda Development Board (RDB) announced that there are now over 600 gorillas living in Rwanda’s mountains, an impressive upsurge from the 254 that were recorded in 1981.

Giving back
In Rwanda, 10 out of 19 gorilla families are ‘habituated’, meaning that they have grown accustomed to people and allow visitors to revel at them. Time slots for tourists are restricted to one hour, however, with a maximum of 10 groups allowed per day, as regular contact with humans raises the risk of disease for the creatures. Visitors are also asked to keep a distance of seven metres from the animals and must not participate in the excursion if they are feeling unwell. If fit and healthy, however, the privilege to meet silverbacks and blackbacks comes at a hefty rate of $750 per person for non-nationals – but this cost comes with good reasons.

“The cost of the gorilla permit is high and as a result [it] is a vital revenue stream for protecting these endangered animals”, explained Eleanor Dunkels, General Manager for the specialist travel company Expert Africa. “The fees cover the costs of the rangers who patrol the national park to protect against poachers, which is extremely important.”

The conservation programme is a huge source of employment in the region, creating jobs for guides, rangers and vets. In fact, an entire sub-industry has emerged to facilitate tourists travelling from far and wide to see mountain gorillas in person, from accommodation and transportation to the hire of hiking equipment. And, of course, a trip to Rwanda is not limited to this excursion alone: “Along with seeing the gorillas, the private guide might also take our travellers to see markets, towns, genocide memorials – all of which help build a rounded picture of what Rwanda is like as a country”, Dunkels told Business Destinations. According to the World Tourism Council, travel and tourism contributed 174,500 jobs to the economy in 2013, which is equivalent to 8.1 percent of the country’s total employment.

Although gorilla experiences are also offered by Uganda and DRC, Rwanda’s agenda holds several advantages over its neighbours’: aside from the greater number of gorillas living within its borders, the Volcanoes National Park is just two hours from Kigali International Airport by a well-developed road, whereas the Virunga National Park in the DRC is several hours from Kigali and also involves crossing the national border and possible delays. “It is difficult to see gorillas elsewhere, due to access and low population numbers”, according to Dunkels. “Rwanda is one of the few countries that is safe to travel to, and also home to good numbers of habituated gorillas. As a result it is often the first place that people think of when they decide they want to see these primates. It is also well organised in Rwanda – the rangers are well trained and the walking is quite manageable.”

Local impact
The local community is heavily involved in helping to restore the habitat of the gorillas, which had long suffered as a result of human encroachment and deforestation. Involving locals is actually a vital aspect in the process; as is ensuring that they also benefit from the growing tourism to the area. As such, in 2005 the Rwandan government introduced a scheme whereby five percent of the revenue earned from the national parks is shared with villages that are proximally located. According to the RDB, $1.83m has been disbursed to support community initiatives so far, including the provision of a reliable water supply, tools and seeds for agriculture and equipment for small factories. Individuals have even been given assistance in purchasing farmland, which has raised many above the $2-a-day poverty line.

Over the past decade, the scheme has also funded the construction of 57 schools, 12 health centres and numerous roads and bridges, thereby having a drastic impact on the local population. “It is this infrastructure and stability that has restored faith in the country as a safe and friendly tourist destination”, Dunkels said. Sustainability also plays a large role in the programme: a beekeeping project, for example, has successfully discouraged locals from collecting wild honey, which can have a detrimental impact on the area’s fragile ecosystem. The RDB’s Kwita Izina Awards, which acknowledge individuals and organisations for their assistance in the conservation programme, further enhances the spirit of community and cooperation in the area.

People from across the globe are enticed by the once-in-a-lifetime opportunity to witness first-hand the spectacle of the mountain gorillas – grand creatures that share 98 percent of their DNA with humans and are known to have similar characteristics. As experience holidays become more popular and environmental issues receive growing attention, the number of visitors making the trip to see mountain gorillas in their natural habitat will certainly increase. Rwanda therefore has a unique opportunity to use its wondrous asset to grow tourism revenue even further, and in turn speed up its rate of economic development. By doing so, the Rwandan government will be able to offer greater protection to the very creatures that people are willing to pay a fair amount to see.

By placing local economies at the heart of this initiative and implementing a tremendously beneficial revenue sharing scheme, the Rwandan government is lifting its citizens out of poverty sustainably. The system has thus become co-nurturing, healing the wounds of both animals and people in Rwanda after years of devastation.