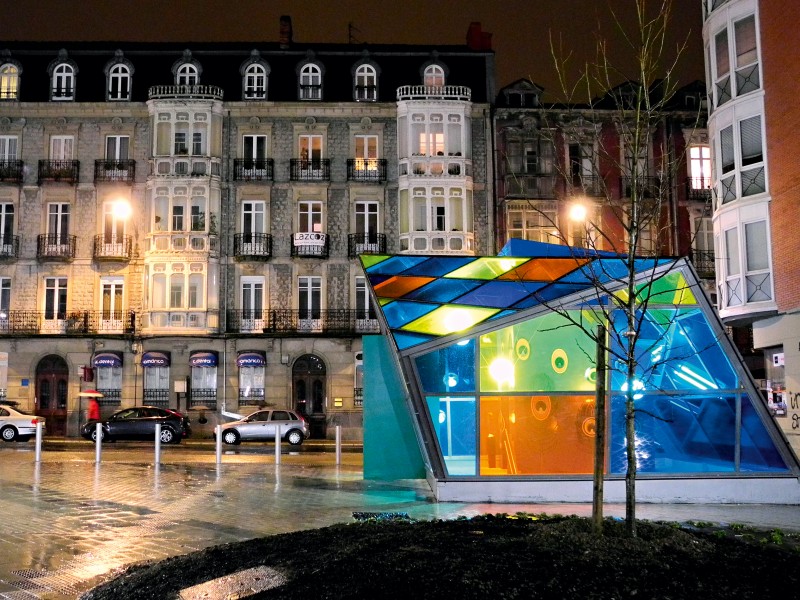 Vitoria-Gasteiz in Spain. The 12th-century Basque city has been recognised for its environmentally-friendly initiatives, winning the Green Capital Award in 2012

16th-century palaces, belle époque architecture and bustling plazas give this 12th-century Basque city a unique character, but Vitoria-Gasteiz has often been eclipsed by the likes of nearby Bilbao. Winning the 2012 award put the city more firmly on the map as a must-visit destination for eco-enthusiasts, resulting in international tourism to the city growing by 12 percent.

It has been green in both senses of the word for several years: a green belt borders the city centre, while mountains and forests surround the outer city, forming a hub for biodiversity. But the European Green Capital 2012 title cemented its status, driving a number of projects in its promise to become “the green city of the future”. Its goal was to build a sustainable urban system and raise public awareness of several significant green issues – this was ultimately achieved through its ‘green factories’ project, in which institutions helping to make the eco-vision a reality opened their doors to more than 3,000 members of the public. A ‘green weekends’ initiative was meanwhile put in place to encourage sustainable tourism, and at the heart of this plan was the mission to become “a city that shares”. Through various forums, including the National Environmental Congress – in which 400 people from various cities gathered to discuss green initiatives in the event of an economic crisis – Vitoria-Gasteiz achieved just that.

Among the city’s biggest triumphs was a 20 percent reduction in street lighting energy consumption, as well as the creation of 10.5km of new cycle paths and the introduction of traffic calming measures on 45 of its streets. Vitoria-Gasteiz created a Business Board for Sustainability to promote green jobs, and encouraged 703 local businesses to sign up to its Green Deal programme, which was created with the aim of encouraging business collaborations on the path to a greener way of life.

Set on the banks of the Loire, this historic French port city in the heart of Brittany has evolved into a diverse metropolis, where small remnants of medieval times meet a thriving arts and culture scene.

Over recent years Nantes has become a hub for eco-tourism; a reputation that became more established than ever with the commencement of a number of transformational projects in 2013 – shipyards were made into public spaces, derelict areas underwent substantial regeneration, and new, energy-efficient buildings sprung up across the city.

The city became the first in France to reintroduce electric tramways, and it made other significant steps towards promoting greener transport, including creating new cycle tracks and bus networks, which together saw CO2 emissions substantially reduced. Nantes also partnered with the Green Passport project, promoting sustainable hotels, restaurants and other attractions in order to drive responsible tourism. Additionally, the city also focused on biodiversity, promoting green spaces and reducing the use of pesticides.

Brightly coloured buildings, beautiful canals and quaint cobbled streets put Copenhagen high on the list of Scandinavia’s most impressive cities. The Danish capital has undergone something of a transformation over the past decade as design, fashion and food have come to take on an increasing prominence.

As one of Europe’s cleanest and greenest cities, Copenhagen embodies the type of eco-friendliness that defines the mentality of Denmark – the first country in the world to have pledged to become fossil fuel-free by 2050 as part of its State of Green initiative. Copenhagen’s title as the European Green Capital 2014 has further strengthened that reputation, helping the city to create a more cooperative green community by establishing over 90 partnerships between large companies, universities and NGOs as part of its Sharing Copenhagen initiative.

A key focus within that initiative was the idea of co-creation – developing something that will generate several benefits. The city cleaned out the water in the harbour, which helped marine life to thrive while also driving business growth and tourism, and improved energy efficiency in the city, which both aided the environment and enabled local people to cut their heating costs. New cycle paths were also created, which reduced greenhouse gas emissions and generated health benefits.

Additionally, Copenhagen hosted the year’s EcoCity World Summit – a conference which brought together key decision-makers, high-profile figures and influential businesses from across the world.

The city had already set itself ambitious goals to reach by 2025, including cutting energy consumption from streetlights by 50 percent, becoming CO2-neutral, and generating 30,000 new jobs through green investment. Copenhagen has also pledged that an impressive 75 percent of all journeys made in the city will either be by foot, bicycle or public transport – and, impressively, it already looks on track to achieve this. There are now five times as many bikes as cars in the city, and 55 percent of its population now cycle to work or school (a figure that is up from 36 percent in 2013). That’s setting an inspiring precedent for other green cities to follow.

Set among the undulating hills and quintessentially British countryside of southwest England, Bristol is a green city in every way: streets bursting with history, culture and modern creativity intertwine with corridors of nature and tucked-away hideouts, creating a perfect fusion between old and new.

It might therefore come as little surprise that Bristol is this year’s European Green Capital. The first city in the UK to have pumped significant investment into wind power – with two turbines now in place and set to power around 2,500 homes – it has a firmly established reputation for eco-friendliness dating back more than four decades. The city has attracted widespread attention for its cycle-friendly streets and has evolved into a hub for artists, entrepreneurs and ethical organisations alike.

Now a vast array of projects set for the year ahead – from quirky art installations to local food ventures – are stirring up excitement and naming the city as a rival for the UK’s biggest municipalities. “We want to put Bristol on the map so that when people are thinking of investing in Britain, they think of Bristol as the right place to come”, Andrew Garrad, Chairman of Bristol2015 (the body organising the year’s eco-projects) told Business Destinations.

£2m is being invested in community projects – from investigating the energy efficiency of houses to creating new green spaces and promoting cycling. Among Bristol’s goals is for 80 percent of journeys under five miles to be made by foot, bike or public transport.
Garrad believes the city’s ambitious targets will set a precedent for other cities to follow in the future: “We have an aim that by 2020 Bristol should be 100 percent renewable, and we should be leading the way as a sustainable city.”

Beating off competition from Essen, Nijmegen, Oslo and Umea, Slovenia’s capital won the 2016 title as a result of its ambitious Vision 2025 sustainability strategy.

Ljubljana has undergone substantial change over the past decade, transforming itself into a cycle- and pedestrian-friendly city by limiting car traffic in its centre. This, in turn, freed up the banks of the Ljubljanica River, where locals and tourists gather in summer to bask in the clean, open air. Minimalist architecture and abundant natural green spaces characterise the city, which has already drawn up a number of sustainable action plans with ambitious goals set for 2020. How the city will further its green aims in 2016 under the European Green Capital title remains to be seen – but if the achievements of past winners are anything to go by, Ljubljana looks set to have a bright green future ahead.