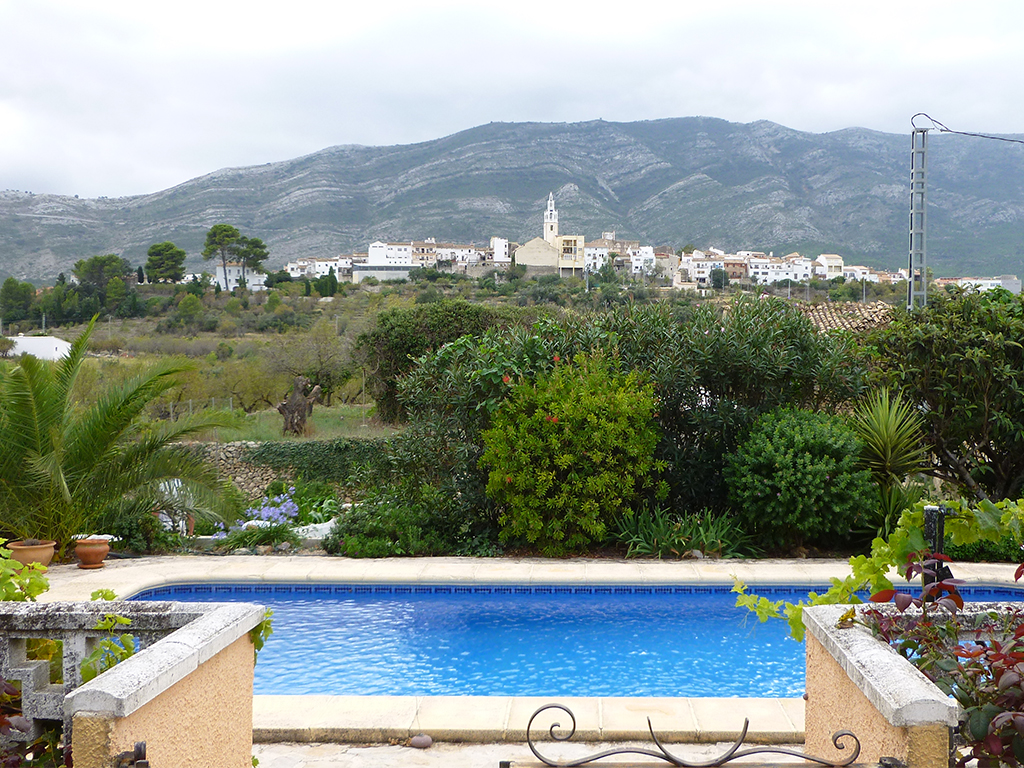 A house with a view: Helen Taylor and Trevor Evan's Spanish property offers stunning scenery, and came at a very affordable price thanks to advantageous exchange rates

For British buyers of property in the Eurozone and the USA, conditions have swung nicely in their favour during the first half of 2014, thanks to the strong pound.

Since the start of the year, the value of the pound has risen against both the euro and dollar, with the odd bump along the way. In fact, as of June 16, the pound had passed the €1.25 mark – a level not seen since November 2012 – while the dollar hit a five year high of $1.70.

For anyone buying property in places such as Spain or the USA, who has their funds in pounds still, this is welcome news. Rewind a year and a €200,000 property in Spain would have cost approximately £10,000 more to a UK buyer than it would today. Why? Because in June 2013, the exchange rate fluctuated around £1/€1.17, whereas today’s rate is around £1/€1.25.

However, too many British purchasers fail to realise that key to getting a good exchange rate when you move money overseas is asking the right people to make the transfer for you. Your starting point should be to not ask your bank to do it.

Just ask Helen Taylor and Trevor Evans, for whom holidays at their Spanish home are set to be even more enjoyable thanks to the savings they made when they purchased the property. When the British couple purchased their pretty house in the northern Costa Blanca in February, they used currency exchange specialist called Smart Currency Exchange to send money to Spain to pay for the transaction.

It was a decision that meant they received far better exchange rates when converting their pounds into euros than if they’d asked a UK bank to make the same transfer to their Spanish bank account.

“Our property cost €128,000, plus taxes and fees,” said Helen. “In total, we sent around £110,000 worth of euros to Spain, using a forward contract to secure a good rate. We actually sent our first payment using a bank and not only did we get a bad rate but we also had to pay a fee. Luckily, we spoke to a friend who had bought a house in France and used a currency specialist, so we knew that we too could get a better rate. Using Smart meant we had more money to spend on the house and new furniture!”

Helen and Trevor’s Spanish home is inland in the town of Parcent, near the Jalon Valley. An old character property, it has three bedrooms, two bathrooms, a swimming pool and garden. To top it off, it’s surrounded by orange and almond groves and boasts stunning views of the town and countryside. The couple found the house after visiting the Costa Blanca last year, when they viewed a selection of properties with a local English-speaking estate agent. If all goes according to plan, Helen and Trevor intend to move to Spain within the next three years.

Going forward, the couple will continue to use Smart to send money to Spain. “Smart are always really quick to respond and get back to emails and phone calls,” added Helen. “We would definitely recommend them to other people.”

For expats and property-owners like Helen and Trevor, the benefits of using a currency specialist don’t stop once you purchase a property. Monthly pension payments, rental income, sending money to cover running costs of a second home or to spend during your stay there – if you need to make lower value payments to an overseas account, regularly or intermittently, you’ll save money by using a currency specialist. Just think how much you could save over the course of a year or two.